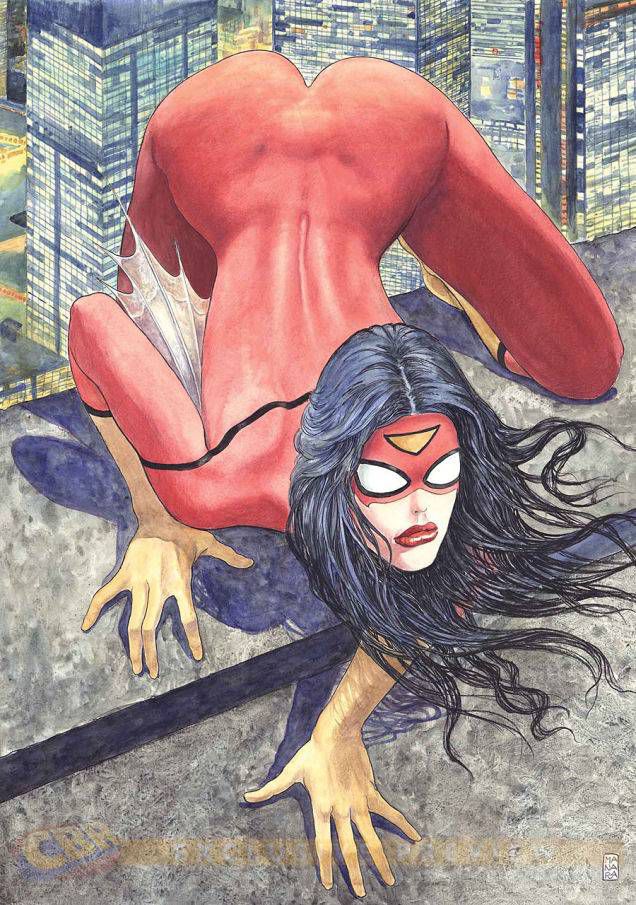 From February 1 to February 6, the Kamala Korps (that’s fans of Ms. Marvel to the uninitiated) celebrated the first ever KamalaCon on Tumblr. Readers were invited to participate with posts centered around day-long themes and join a digital gift giveaway, all inspired by Ms. Marvel, and as you might expect it was a whole lot of fun. Here are some of the best posts I found as I followed along.

The first day was one of the most moving, as people posted the reasons why Kamala Khan is important to them. @sasspa called Kamala Khan perfect:

Maybe it was because I remembered her exact feelings when I was growing up. Being the only Muslim girl in my school who wished she fit in with either her extended Lebanese family or her beautiful, pale classmates. It usually ended with coping with comics and creating art. … Maybe it was because I had felt invisible for so long and Kamala Khan finally made those feelings disappear. Kamala Khan is important to me because she’s the hero for young girls who never have to feel alone again.

And she wasn’t the only one. Readers of all stripes, across race, religion, and age, found pieces of themselves in the nerdy, courageous heroine. As part of a longer post looking at Ms. Marvel as compared to an older Marvel property, Quasar, a user who stated that he was a white male age 18 to 49 opined that:

[Diversity] also just makes better comics. Kamala Khan can tell stories and do things and go place that Wendell Vaughn [a.k.a. Quasar] simply can’t. When a publisher only stocks Wendell Vaughns in their creative toolbox, they’re putting artificial limits on the kinds of stories they can make. They cheat themselves and their audience. As long as Kamala’s on the beat, the industry’s headed in the right direction, however slowly.

And then there was the riotous fun of the “arts and crafts” challenge. In an attempt not to just repost all of them (really, you should go check out the whole KamalaCon tag), I picked two that really captured the spirit of the exercise for me. @DocGold13 featured several amazing cut-outs, but this one is special:

“This cut-out (the first image) was a direct homage of a bit detail Adrain Alphona added into the second issue of Ms. Marvel. Kamala was wearing a Jimmy Castor Bunch sweet-shirt reading, ‘it was a stone groove,’ one of the band’s lesser known but nonetheless funktastic singles.”

This is a great example of both the depth of the comic itself, and the detail-oriented fans. And then, capturing the rambunctious spirit of Kamala, is this marvel (sorry not sorry) of confectionery from Fanfectionary: The Kamala fan-fiction crown goes to the anonymous author of “Superhero RPF,” found by @airshipchronos, which is actually meta-fanfiction about Kamala and Loki writing fanfiction. Seriously, go read this on your lunch break, it’s a delight.

And what would a con be without cosplay? I couldn’t pick one favorite, there were too many good ones. So instead, I picked a few of the best from the variety available.

My favorite professional-grade cosplay goes to @umms, courtesy of Celebration Generation; will you just look at this?! The mind, it boggles:

And while there were many excellent street-clothes cosplayers, @ronchan edges ahead with the inclusion of a winged sloth, for the Korps devotees: There were also many excellent selfies with issues and collections. But I still can’t get over this one from @missnerd, which was not only a photo taken the night the subject was proposed to, it was also her engagement announcement photo: The gift exchange produced all kinds of amazing results: gifs, art, mash-ups, playlists, you name it. And the gift exchange is still going, as people finish up their projects. I highly recommend checking out the tag and watching as it slowly wraps up — with each new post you can see the engagement, enthusiasm, and creativity of the Kamala Korps. I leave you with my absolute favorite thing to come out of KamalaCon, courtesy of @magicallyturningbacktime: