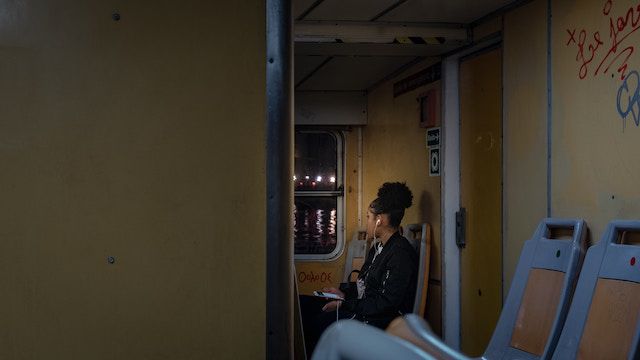 If you’re an audiobook listener, then you’ve definitely heard of Audible. Maybe you’ve been on the fence about subscribing because you think that one credit a month just isn’t enough, especially if you’re a voracious reader. Romance readers especially are known for the massive quantities they read. Dear Reader (ahem, listener), do you know about their add on romance package, Audible Escape? We cover some of the best Audible Escape books to get started with.

What is Audible Escape?

Audible Escape is a monthly subscription service from Audible that gives you unlimited access to all romance titles labeled as part of the “Escape” package. The first month of Escape is free to everyone who decides to try it and is a separate membership from Audible. If you don’t have an account and choose to continue, you can subscribe to just Audible Escape, or, if you are already a subscriber to either Audible or Kindle Unlimited, you can add Escape to your monthly subscription at a discounted rate. It’s a month-to-month subscription, so you can cancel any time. You can borrow up to ten romances at a time and switch out titles as you fancy. Simply return titles you’re finished with or aren’t in the mood for and check out what you want.

Another nice thing about Audible Escape is how it’s set up to help you find what you want to listen to. You can search by author or title, just like you’re used to in Audible, but they also have romance categories, character type, and story themes. They have everything from enemies-to-lovers, YA romance, immortals, thriller, LGBTQIA, to Regency. Are you in the mood for second chance romance or secret baby? The tropes are covered.

Can you recommend some of the best Audible Escape books?

Hoo, boy can I ever. These are some of the best Audible Escape books you can listen to right now. 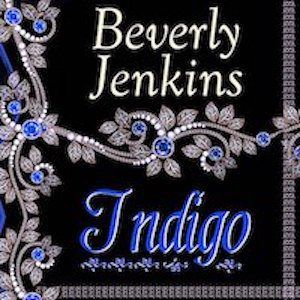 This is an old school romance by one of the queens of the genre not to be missed. It tells the story of Hester Wyatt, a former enslaved woman, and her work with the Underground Railroad. When one of her fellow conductors brings an injured man who needs to recover to her, she readily takes him in. He turns out to be the notorious Underground Railroad worker “Black Daniel.” After waking up in a foul mood from his injuries and remaining ornery throughout his stay, Hester wonders if she can continue to hide him without losing her patience. But this Black Daniel isn’t who he appears, and keeps returning to Hester’s life long after she heals his physical wounds. Can he help her heal her emotional ones? 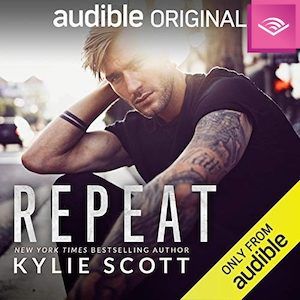 Amnesia seems like it could be a clean slate to restart your life. But for Clementine John it’s a constant question of who she can trust and what was her life like before? After a vicious attack, Clementine is determined to reclaim as much of herself as she can. When someone recognizes the artwork on her shoulder, she goes to see the artist. Ed Larson can’t believe he’s seeing the woman that ripped out his heart and that she has the nerve to act like she doesn’t know him. Together they try to figure out who Clementine’s attacker is and if what they had is truly lost. 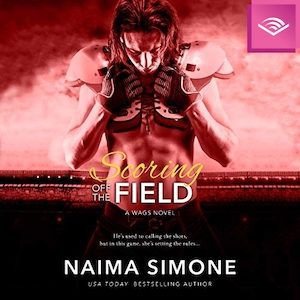 Scoring off the Field by Naima Simone

In this friends-to-lovers romance, Tennyson Clark quits her job as assistant to star quarterback Dominic Anderson. She’s been in love with him for years and continuing in unrequited love isn’t how she’s going to get her life back on track. Which she’s determined to do. If he can’t see her as more than his best friend, then she’s moving on. Once reliable, responsible Tennyson completely upends Dominic’s life and starts online dating, he starts to question his “no relationships” rule. 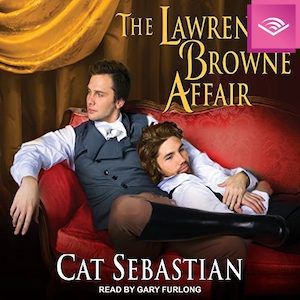 Lawrence Browne has his village convinced he’s mad. His agoraphobic tendencies back up this theory. When handsome conman Georgie Turner shows up pretending to be Lawrence’s new secretary, things are about to get much more mad, but in a completely different sense of the word. 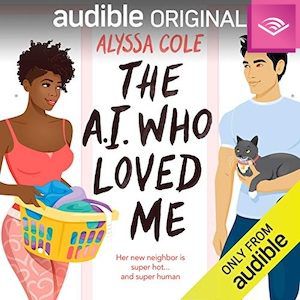 Alyssa Cole wrote this book exclusively for audible and with a multi-person cast in mind. Trinity Jordan is just trying to live her life when her neighbor’s nephew moves into town. He’s as sexy as he is strange. Through careful observation, Trinity discovers that Li Wei is acting weird for a reason: he’s not human. She agrees to help him learn what it means to be human, but is unsure whether or not that means he can learn to love. 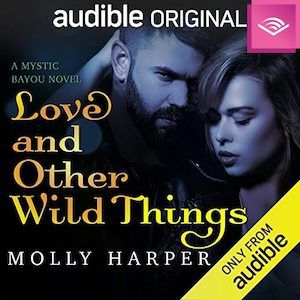 Love and Other Wild Things by Molly Harper

Mystic Bayou is just like any other rural Louisiana town, except for the energy rift that resides in the swamp. And the families of shape shifters that have been attracted to it and living in the area for generations. Danica Teel, an expert energy manipulator, comes to town to fix a tear in the riff and move on her way. She doesn’t want the town’s mayor, Zed, trying to change her mind, even if he is a giant, sexy bear shifter. When the riff repair doesn’t go as planned and it’s clear she’ll be in town for a while, Zed is determined to show her all the charms small town life has to offer. 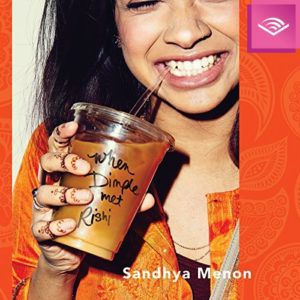 Recent graduate Dimple Shah has one dream and one dream only: to go to a summer program in San Francisco for web developers—not to entertain her parents’ idea of finding an Indian husband and settling down. Rishi Patel, on the other hand, goes to the same summer program because his parents have told him his future wife is there, and he can’t wait to meet her. It’s a little soon for an arranged marriage, but since they are both going, might as well get real life started, even if Dimple does go kicking and screaming. Rishi thought she’d be just as excited to meet him as he is to meet her. 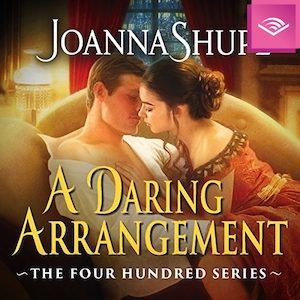 A Daring Arrangement by Joanna Shupe

Honora Parker is required to be engaged. There’s only one kind of man she wants: the most unsuitable, unacceptable man she can find. Her father must reject the match. Julius Hatcher, a financier in Manhattan, agrees to play along. He has reasons of his own to go along with this arrangement. This enemies-to-lovers story really makes the reader question how they will find a way. 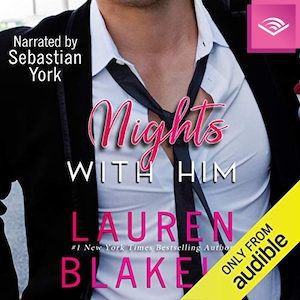 Nights with Him by Lauren Blakely

Jack Sullivan and Michelle Milo meet in a bar, have a mind blowing night of pleasure, and both walk away happy. The next day, when Jack goes to meet his new psychologist and it turns out to be Michelle, she refuses to treat him. He’s just as adamant about not letting her go, so he proposes a deal: 30 nights together all in, helping each other move through their issues, then they walk away. Reluctantly, Michelle agrees. 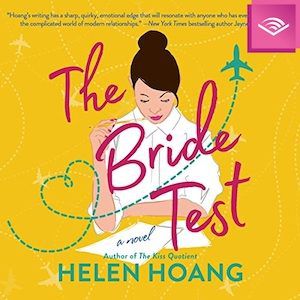 Khai Diep doesn’t process emotions like most people. He has decided to steer clear of relationships as a result. His mother knows better though and returns from Vietnam with a woman for Khai to marry. Esme Tran takes an opportunity to come to America for a chance on love. Everything she does to seduce Khai doesn’t seem to work and she feels even more out of place in the home of the man she’s supposed to marry than she did in Vietnam. Plus there’s another problem: she’s in love with the man, and she doesn’t think he can ever love her back. 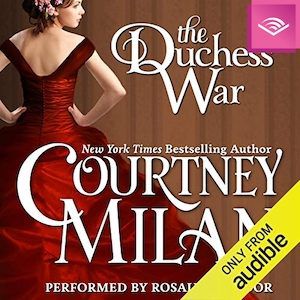 Minerva Lane is quiet and plain and wants as little attention as possible. She is determined to be a wallflower who doesn’t get destroyed by the world and stays hidden. Robert Blaisdell sees right through her act to the sharp mind beneath and is determined to expose her. Once the game is afoot, she quickly learns how to play and learns his secrets, too. The Duke of Clermont may have found his match. 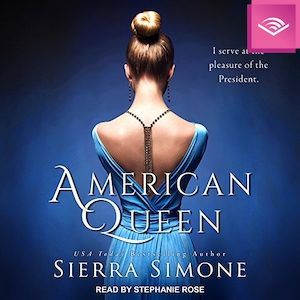 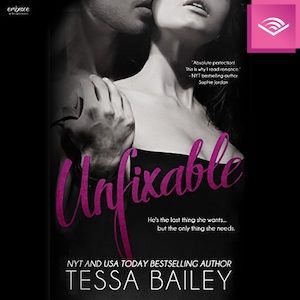 Willa Peet has to do something to get over this break up and heading to Dublin, Ireland, alone is just the thing. Shane Claymore is just home to get his father’s affairs in order then get back to racing for Formula One. But there’s a mouthy American girl staying at his family’s inn and it seems like his plans just might change. 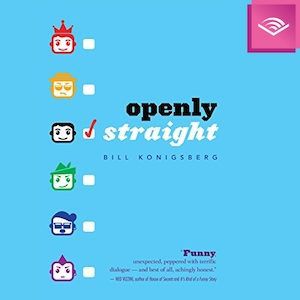 Rafe’s life is pretty boring. He’s been out since 8th grade. He has friends, his parents support him, but he kind of wishes that being gay wasn’t the only thing people knew about him. When he transfers to an all boys boarding school, he decides to keep his sexuality quiet. Watching another classmate break down and falling in love with Ben makes Rafe realize that maybe his labels aren’t as well hidden as he thought. 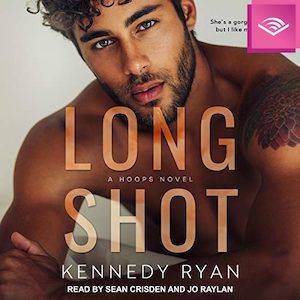 Content warning here for domestic violence and rape. Iris knows the difficulties of being an NBA wife better than anyone. When she meets August West in a bar the night before the biggest game of his life, it’s obvious they are star crossed lovers. Can they work through their past enough to hope for a happy ending?