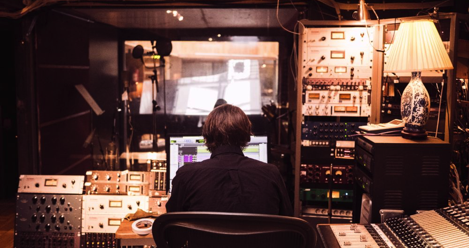 I had the privilege of interviewing Audie-winning narrator Noah Michael Levine. Noah’s advice will help you learn how to become an audiobook narrator. Through his eyes, you can get a glimpse into that secret life. 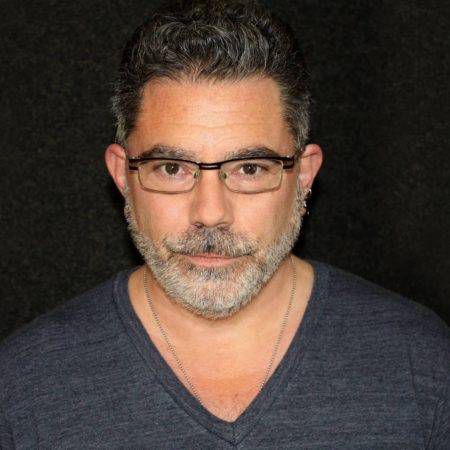 Rebecca Renner: Well, first of all, how much do you love being an audiobook narrator?

Noah Michael Levine: [laughs] I love it so much. I’ve been acting and performing most of my life. I started when I was nine years old. I always had that passion for performing. So for the last five years to be able to do this full time, it’s something else. I am truly grateful for it. It’s just it’s not always easy of course but it’s just an absolutely wonderful job.

RR: You definitely have the voice for it. You’re very talented. How much training have you had to do to get to that point? What have you done?

NML: That’s a great question. I get approached an awful lot about becoming a narrator. And people will say, “Oh, I love to read stories to my kids.” Or, “People tell me I have a great voice. I should be a narrator.” But there’s a lot that goes into it. Having some type of background in acting and performing is really important in terms of being able to bring the right amount of emotional content to the scene, not hamming it up or not having it be too flat.

I will admit that over the course of my life I haven’t done extensive training. Most of my training has come just from doing it, from being in plays and working on TV shows and movies and stuff like that, and doing voiceover work.

But audiobooks are a completely different sort of thing; it’s a very intimate connection with the listener. It’s one-on-one, and you’re talking right into their head. So it becomes even more important to be conscious of things like how loud you are, what the pacing is, and if you’re consistent in your character voices.

It’s weird because this is something that I’ve thought about many times: when a person reads a book, the voices they hear in their head…are their own creation, and that’s going to vary significantly from one reader to the next…Having the the background or the training to be able to modulate your performance for this particular medium is really important. Because if you overdo it under do it it’s you know it’s going to kill the book.

RR: So in my imagination, when you’re doing this, you’re in some sort of recording studio with a director listening and recording and giving you some direction. Is that similar to what it is?

NML: Well it’s different under under different circumstances. There are certainly production companies. Most of the big production companies do in-house recordings where there is a separate engineer and a separate director and stuff like that. Me, personally, I work solo in my home studio, and there are a lot of narrators out there who who are the same. So in those instances there is no one else. There’s no director; there’s no engineer; you’re doing it all yourself. 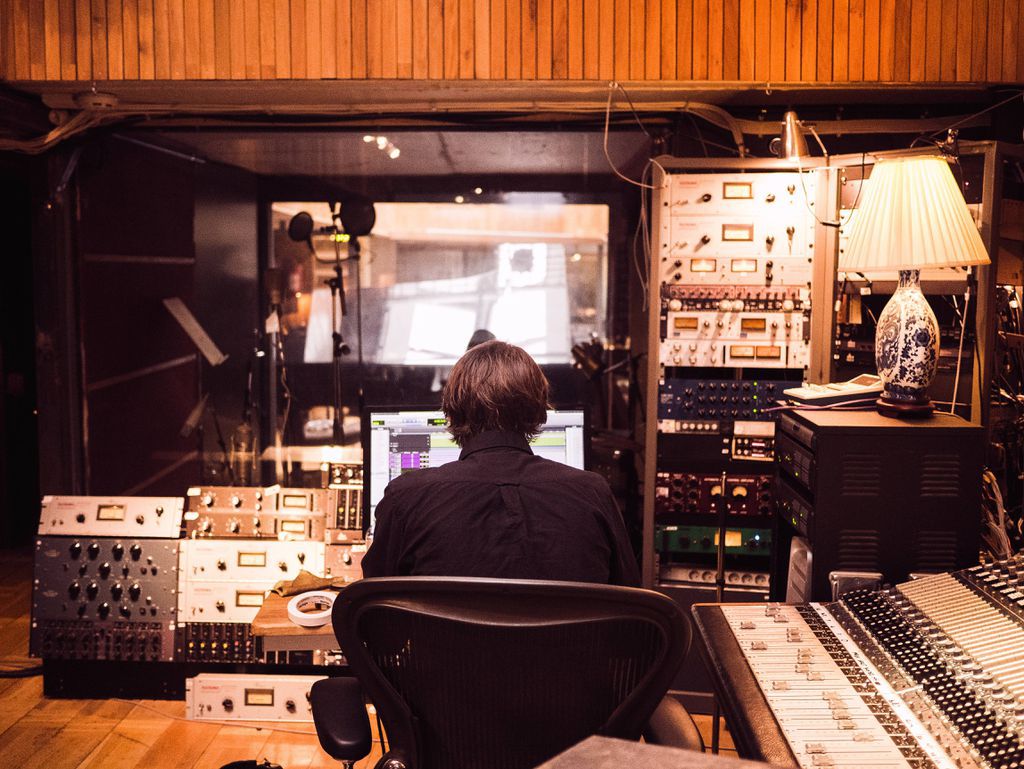 NML: I would admit to being probably a little slower in my production output than maybe some other narrators. [I work] every day, but I take a lot of breaks. I get up like somewhere between 5:30 and 6:30, and after I get the coffee going, I spend the first part of the morning working on business stuff: answering emails, invoicing, prepping a project…in the mid to late morning, I’ll start recording, and I’ll record on and off throughout the day probably until 8:00 or 9:00 o’clock at night.

But in between that…I’m going for walks…I spend a lot of time in the kitchen. I’m prepping something or cooking something, but it’s great to be able to have that flexibility to work from home.

RR: What’s the salary for an audiobook narrator?

NML: There may be narrators out there who are under salary with a particular company, but I’d say the lion’s share of narrators are working as independent contractors. So that means there’s no job security. The rates that a narrator gets paid vary widely. The important thing to know is that the narrator does not get paid for the amount of time it takes to record (or record and produce if they’re doing everything themselves). They get paid only for the final run time. So numbers can sound misleading.

Most narrators who are working for companies like Audible, Tantor, and Brilliance, they’re not doing their own editing. The editing is being done by those production companies, so the actor is getting paid for the final runtime of the book, however long it takes them to record it. The rates that actors get paid can vary from company to company, because many of the big production companies have signed an agreement with the actors’ union SAG-AFTRA, but that doesn’t mean that they all signed to pay the same rates. Each company can negotiate separately what those rates are. 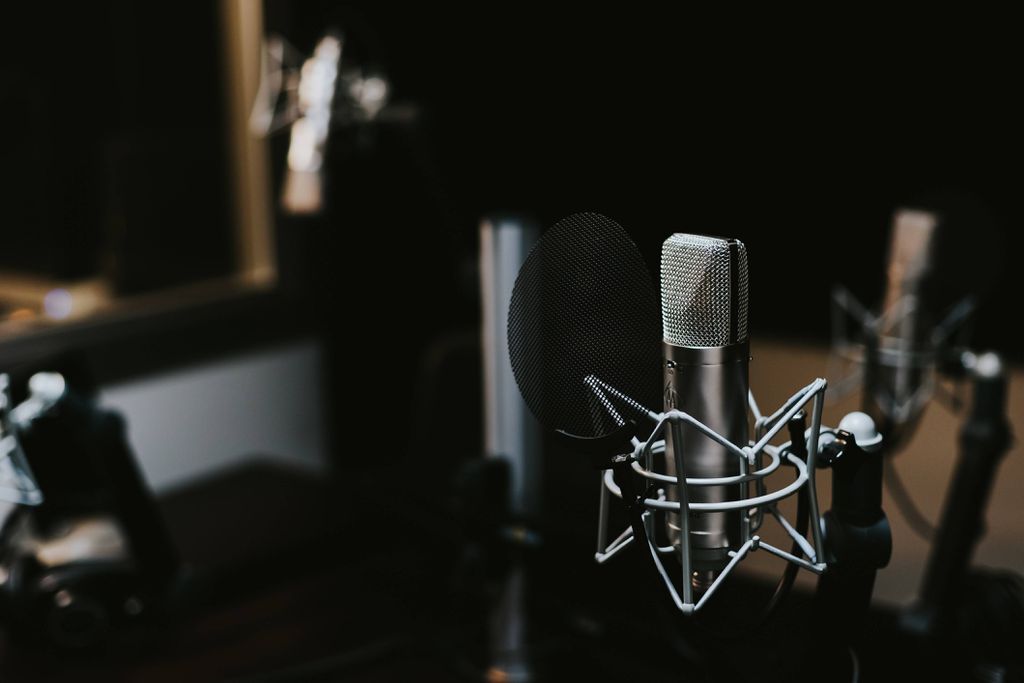 RR: How does an audiobook narrator like you go about getting your projects? Do you audition or do you have clips? A portfolio?

NML: All of those. It depends again on the situation. For example…I started doing this five years ago…I had been acting and writing and doing all kinds of stuff, that it never even entered my field of vision to look at audiobooks as a way to be an actor. And so shortly after I moved back to New York, I ran into an old friend of mine, and it turned out that he had been editing audiobooks for Audible for about 10 years. He knew my background, so he suggested I get in touch with them. So I did.

I sent them my voiceover demo, which was all commercials…They liked it enough to give me one book to do. It wasn’t the most exciting book in the world, but it was the book to do as my first book. It was a nonfiction piece, and so that was kind of how I auditioned for Audible. After that, I’ve never had to audition for another book for Audible. They will cast me based on what they know of my abilities and strengths to do certain projects. For other bigger production companies like Tantor or Brilliance, they want you to send them samples.

RR: Can you tell me a secret about being an audiobook narrator that nobody outside the industry would know?

NML: Yeah. Okay, so you’re in the booth, and you’re standing pretty close your microphone. You’ve got an iPad or some type of tablet in front to read your text on. Then you’ve got your computer monitor up above that. Part of the process a lot of people don’t understand is when you click record on your recording software, suddenly there are 10 different things happening at once:

You’re reading the text, right? And you kind of have to scan ahead a little bit in the text to see who’s speaking and who’s going to be the next so you can shift characters voices. You have to self-direct within the scene to bring the appropriate emotional content based on the writing and the characters, have to be watching the software to make sure that there aren’t any weird glitches going on, have to constantly monitor your pacing. There are all of these different things that are going on while you still have to turn in a performance. It’s very different than being on stage or being in front of a camera.

I have a sound booth that is not fully sound protected. It’s pretty well deafened, but if a truck goes by and honks horn, it’s going to bleed into the track, so I have to stop. Then I have to go back and punch in where I left off. Every narrator is different.

I make a lot of mistakes when I’m reading…which means you’re stopping and starting a lot and punching yourself in. And you have to come back into the scene with the same exact tone as you went when you stopped. From a production point, it’s very interesting, because, especially for the standalone narrator who’s not working with an engineer and a director, you have to be on top a lot of different things at the same time.

RR: What are some of your favorite books that you’ve narrated?

NML: Most of [the projects I really loved] were done through Audible. And I really have to give a big shout out to them, because they have been very instrumental in my career. The team over there at Audible is just really great. 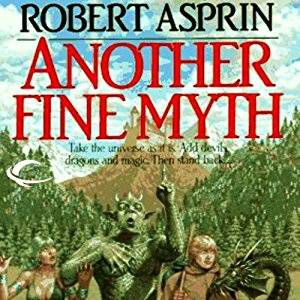 One of the first projects I did when I was starting out was an 18 book young adult fantasy series called The Myth Adventures, and it was written by this guy named Robert Asprin, who passed away in 2008. This was such a fun book series to do; [there were] a lot of crazy characters, but there was a lot of heart in it, and there was very dry humor. The writing was crisp, and I probably did well over 500 different characters across the span of the 18 books. So it was it was a real challenge but it was such an enjoyable series to do. 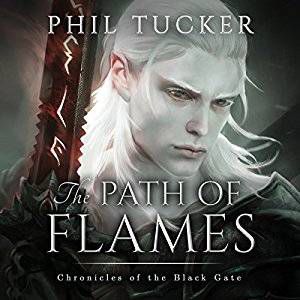 Recently, the first four books of a fantasy series came out. I’m working on the set. It’s written by a gentleman named Phil Tucker. The Chronicles of the Black Gate. There’s something about his writing that clicked so well with me. I absolutely loved working on this project, and I felt like it was one of the best performances I had ever done. His writing is really strong; the characters are really strong. It’s dark. I mean, if you think Game of Thrones is dark, I think this is darker—and equally as well-written.

RR: It seems that you really like fantasy. What is your favorite kind of book to narrate?

NML: I’ve done a lot of romance work, and particularly, I’ve done two different series with the author Renea Mason: The Good Doctor Trilogy and the Symphony of Light series. My duet recording partner Erin deWard and I actually won an Audie Award last year for Best Erotica Audiobook for the first book in the Dr. Vincent series. 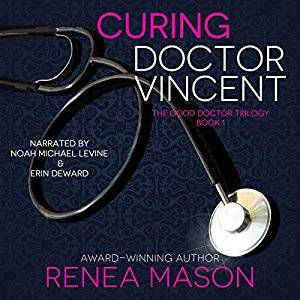 Renea [Mason] is such a good writer…I always get asked, “Well, what’s your favorite genre? Or what’s your favorite book?” And it’s not about genre: it’s about the writing. If the writing is there, it doesn’t matter what the genre is. If the characters are well-defined, if their arc is interesting, if there are conflicts where like real emotions come out, that’s what really gets me going. That’s the kind of acting work that I love to do.

So Renea’s writing in particular has been really great in that respect. There are a bunch of other projects that I’ve worked on that I really love. But it’s all always been about the passion of the author and their writing. That’s the gasoline that runs the engine. Without it, you have to try a bit harder. I mean, we’re always challenged with bringing that actable moment into the audio, no matter what the quality of the writing is. But when when the writing is really there, it makes it so much easier for it to be—I hate to sound all hippy dippy—a really organic kind of performance.