Several months ago I wrote about finally trying out audiobooks. I had a pretty narrow viewpoint and had very specific qualifications for the books I would be willing to listen to. I have since expanded those specifications to a point, but I still prefer books narrated by one person.

There’s a genre in which this is pretty prominent, and there are some great books to choose from: memoir. If a new memoir isn’t read by the author, it’s actually kind of disconcerting. It’s understandable that they might not to want to spend the equivalent of a workweek talking into a microphone…but still. The switch from Salman Rushdie’s voice to a different reader after the prologue of Joseph Anton was off-putting; knowing Bad Feminist wasn’t being read by Roxane Gay made a little wall for me, taking away from the intimacy such a narrative usually brings to heart.

BUT. There are some great memoirs and personal essay collections that have been read by the authors themselves. 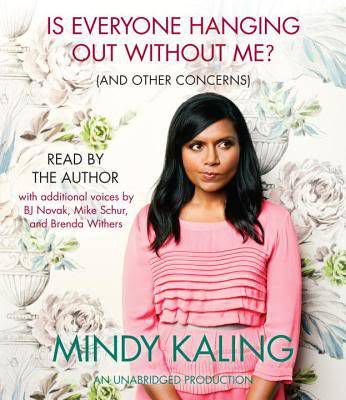 For one, when they’re written by funny people, they’re the best people to bring forth their humor. While several years old, Bossypants will probably withstand the test of time. Same goes for Yes, Please, Is Everyone Hanging Out Without Me? and Bedwetter (which I haven’t actually listened to but I imagine is pretty good–funny, even, if you’re a fan of Sarah Silverman’s humor. Which I’m not). Neil Patrick Harris’s autobiography couldn’t be half as funny read by someone else, and if Billy Crystal isn’t telling his stories, why would we listen? Two words: John. Waters.

It’s not just the funny people who put their best feet forward. Sidney Poitier will hold you captive for hours at a time while taking you with him on his journey. Wes Moore, first on his journey through The Other Wes Moore and later during his trek through early adulthood, tells the story in a heartfelt way that feels far more real that it might from a professional. And Christopher Plummer, letch that he is, will tell you about nearly 80 years of adventure and escapades like you were hanging out over a beer.

Sometimes, though, the author has a marvelously soothing voice. Not particularly good for a slow day at work or sitting in traffic. No more Bill Bryson for me.

There are other highlights in nonfiction that have been read by the author. Reza Aslan was determined to read the audiobook for Zealot and Jill Lepore felt the same need for The Secret History of Wonder Woman. Neither is a professional, but the passion for their work comes through in every word spoken.

Nothing bores me more than a listless audiobook. This doesn’t mean, of course, that every author who reads their own book does it perfectly. But there’s something about reading your own words–for any of us–that just feels right.