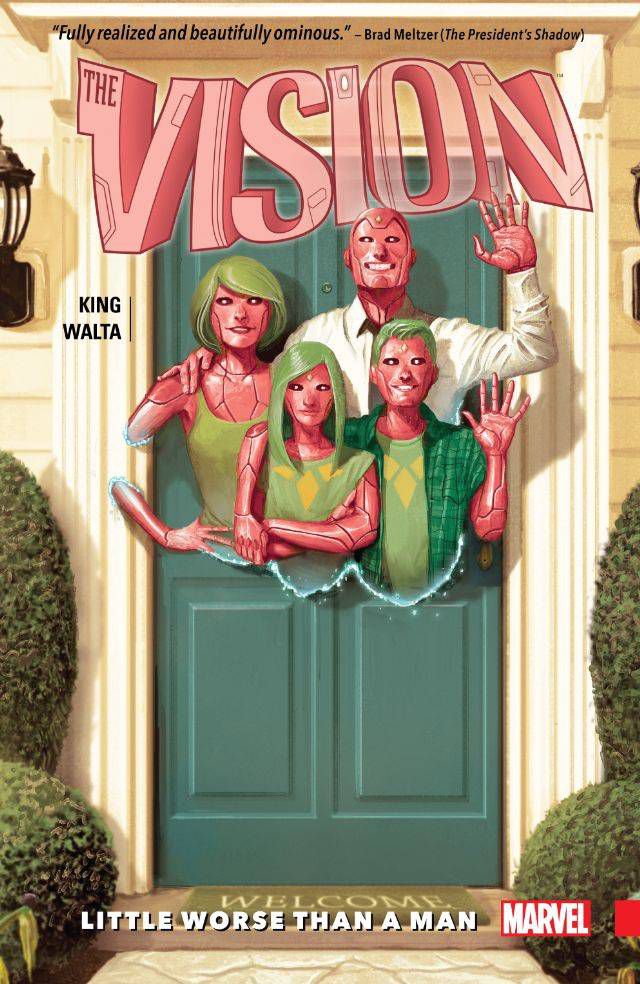 The Vision wants to be human, and what’s more human than family? So he heads back to the beginning, to the laboratory where Ultron created him and molded him into a weapon. The place where he first rebelled against his given destiny and imagined that he could be more -that he could be a man. There, he builds them. A wife, Virginia. Two teenage twins, Viv and Vin. They look like him. They have his powers. They share his grandest ambition -or is that obsession? -the unrelenting need to be ordinary. Behold the Visions!

Join the discussion, and we’ll see you later this month!