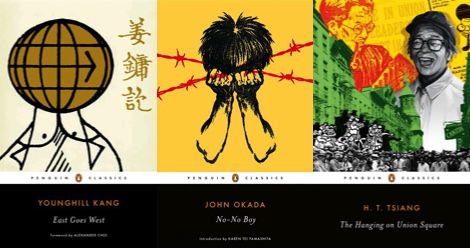 May is Asian/Pacific American Heritage Month, and Penguin Classics is recognizing it with four new editions of classic, canonical novels by Asian American authors. This follows their publication of six books by African American authors during 2018’s Black History Month.

The four books being published are:

Okada (No-No Boy), born in Seattle and sent to an internment camp during World War II while he was a college student, is often considered the first Japanese American novelist. No-No Boy was the first novel published by a U.S.-born Japanese American writer.

Tsiang immigrated to the United States from China, Kang from Korea (now a part of North Korea), and Bulosan from the Pangasinan province of the Philippines.

The new editions of these classic works of literature are much-needed refreshes to shed new light on overlooked authors of color.