There are many reasons people read and write fan fiction, but I think it basically boils down to a desire to spend more time in a particular world with specific characters. We close the book and long for more stories, scenes, and interactions between our favorite characters. Sometimes we get our wish fulfilled by published sequels, and sometimes we’re reading books by authors long dead. Such is the case with L.M. Montgomery’s beloved classic, Anne of Green Gables. Now sure, Montgomery did write a series of sequels, following Anne Shirley from childhood through her college years and into adulthood. But you know, sometimes seven sequels isn’t enough! The world is dark and life is hard, so maybe we want to return to Avonlea and escape for a bit. Thank goodness for Anne of Green Gables fanfiction!

With the recent Netflix adaptation, new fanfics set in the Anne With An E universe are easily found on Archive of Our Own (AO3). There is also quite a bit of fanfics, fanvids, and drabbles to be found in the Green Gables Fables (a modern adaptation) world, particularly on Tumblr. Between sorting through those and works that are set in the 1980’s film adaptation continuity, it can be tough to find fan fiction set in the original book series timeline. Thankfully, I’m here to help.

I’ve rounded up twenty Anne of Green Gables fanfiction stories, and divided them between tropes, pairings, and settings, so hopefully there is something for everyone. I should note that I have not read every single word of every single fic (some of them are over 30,000 words, y’all!), but except where noted, these are all completed stories and appropriate for all ages. If you have a favorite Anne of Green Gables fanfic, please share it with me in the comments! 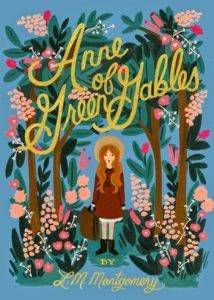 This nearly-40,000 word fanfic imagines what happened at the end of Anne of the Island between Anne and Gil that made him propose once again: Courage to Try Again

The bonfire night mentioned in Anne of Windy Poplars, rated for teens and up: Little Fires

A few letters from Gilbert to Anne during their engagement: Gilbert of Redmond

The first year of college at Redmond, as told through diary entries. This fic includes entries from Anne, Diana, Gilbert, and others: Redmond Diaries.

What if Anne of Green Gables, but in space? This delightful fic is a great setup, and I would really like if someone wrote a 50,000 story based on this idea: Moonstone and Muslin.

A take on the ever-popular college AU trope, this Anne of Green Gables fan fiction updates the setting to the modern era, and is a fun, quick read: Still He Offers the Sea Shell. 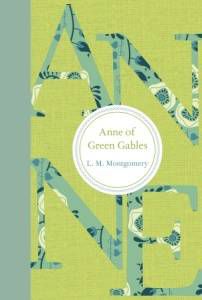 This sweet scene, mostly between Marilla and Matthew, nails the tone and voice of Montgomery perfectly. This is my favorite Anne of Green Gables fan fiction in the whole roundup: Chicken Money.

Anne is determined to celebrate Diana’s birthday, but gets caught in the rain: An Inclement Day for Picnicking.

If you wanted to read the entirety of Anne of Green Gables, but from Gil’s POV, this fic (at nearly 50,000 words) is exactly what you need: Blythe Spirit.

An alternative take on Anne and Gilbert’s romance, this 50,000 story is set during Anne of the Island: Say Something.

A common fan fiction trope is the Soulmate Mark, in which the characters live in a universe where the name of ones soulmate appears on their wrist when they come of age. While this is technically an AU, it’s more of a Anne/Gilbert story, with the trope working very well within the world: Your Name Upon My Wrist (Teens and up).

A short, very sweet, PG-rated take on the wedding night of Anne and Gilbert: Wedding Night.

(If you’re unfamiliar with the idea of this pairing, you can read more about it here.)

This sweet fic imagines Anne and Di living together as an older couple, and includes a delightful moment in the snow, making snow angels: A Couple of Old Maids.

When she breaks off her engagement to Fred, Diana and Anne share some moments and letters that make them reevaluate their relationship: A Seal Upon Thine Heart.

Another story with an older Anne and Diana, this one includes a cave, storm, and could be read as either romantic, or close friends: A Storm by the Sea.

If you want an explicit take on Anne and Gil’s wedding night, this is the fic for you: I Just Want You.

There is also a old archive, with a roundup of several more explicit fics, including one between Anne and Diana.

I leave y’all with a final bonus fic, wherein we imagine that Emily Starr, Anne Shirley, and Ilse Burnley are friends. Set in the modern era, told entirely in Tumblr and Twitter messages, I laughed so hard at this fic and want to share it with everyone: Social Media.