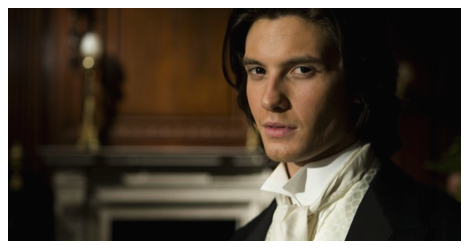 A few weeks ago, I anger-tweeted, “There’s an attic in Congress that is just crammed with Dorian Gray style portraits of all those shriveled up souls.” 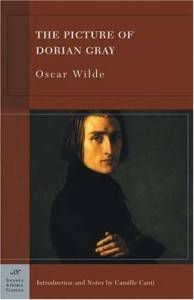 This was, of course, in reference to the dizzying number of horrible things happening in the American political realm – ranging from unqualified cabinet picks to discriminatory travel bans – all with the tacit support of a large chunk of Congress. Later, my less-than-clever tweet did get me thinking…

There’s plenty that politicians can learn from The Picture of Dorian Gray. I’m sure these kinds of lessons aren’t the takeaway Oscar Wilde intended, but whatever. Here we go:

1. Appearances are deceiving. Actually, this is more for the media than for politicians: Dorian Gray may have been super hot, especially to Basil, but he treated Sibyl like crap. Appearances are not an accurate measure of a person’s goodness. Just because a politician or, say, a white supremacist neo-nazi has symmetrical features and nice hair, that doesn’t mean he’s a good human being.

Judge a politician not by their physical features. Judge whether they’d throw religious and racial minorities under the bus for a tax break.

2. What you do affects who you are. As seen by how Dorian’s nefarious acts affected his portrait (aka his soul), your actions influence who you are. If you stay silent in the face of hate speech disguised as politics, guess what? It’s gonna wreck you. There’s no way you, or your chances in the 2018 elections, will emerge untainted.

3. Walk the walk. Don’t just talk the talk. Remember the part in the book where Dorian vows to change his ways? And then you, the ever astute reader, was like “yeah, that’s not gonna happen.” Being all talk and no action means literally nothing.

If you, a member of Congress, think you can disavow the POTUS’s actions while doing nothing to stop him – well, history textbooks will not be kind to you. Or they might be, since whitewashing history is definitely a thing, which brings me to…

4. Denial only hurts you. Dorian probably could have lived forever, sexy vampire style, if he hadn’t gone and stabbed his portrait. Instead, unable to face his true self, he attacked the painting. Dorian’s end was not a pretty one (pun intended).

Denying current wrongs will only result in harm. There’s no way forward if politicians can’t acknowledge that. And whitewashing history only serves to impede progress. Making feel-good claims about how “we are all immigrants” denies America’s history of violent colonialism and slavery. You can’t fix what’s broken until you acknowledge how it broke.

5. It’s never too late to fix things. Or so Basil thought, when he begged Dorian to change his ways. Maybe, in a happier novel, this could have worked. (My dearest wish is for an AU fic where the two of them end up happily married and run an art studio together.) Instead, this was Dorian’s fate: “It was not till they had examined the rings that they recognized who it was.” I don’t think anyone wants that fate for America.

It might feel like fighting the good fight is a lost cause. But when you’re fighting for the soul of country? It’s worth it, especially considering the alternative. To the politicians out there: Don’t let America become unrecognizable.