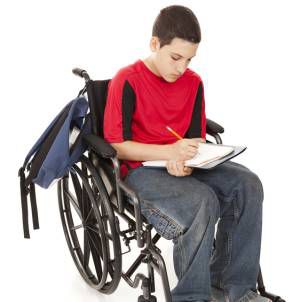 This fall Andrew Smith’s endearing and unforgettable character Ryan Dean West from Winger (2013) returns in a sequel, Stand-Off, released September 8th. When I first read Winger I felt like I couldn’t flip the pages fast enough. I didn’t read the novel as much as consume it, inhale it, devour it in the course of 24 hours. At times it felt like I wasn’t breathing oxygen; I was breathing words.

I was caught off guard, not expecting that a novel that puts you fully inside a teen boy’s mind would be so visceral, absorbing, and totally entertaining. What drew me in was Ryan Dean’s voice, so unexpected with its self-conscious negotiation of what it means to be male and young; brutally vivid and near-cinematic descriptions of rugby; bashful ventures into romance; and painfully strained yet frequently transcendent commentary on dynamics with his male friends (and frenemies).

Ryan Dean frequently laments how women call him adorable, but he is adorable, and after 400 pages of Winger I found myself hungry for 400 more. Fortunately I can attest that Stand-Off will satisfy those who want more of the same but soars to new heights with different ambitions. Following the tragedy at the end of Winger, Ryan Dean’s perception of the world as a carefree playing ground with no consequences is replaced by a skepticism and suspicion that comes from a loss of innocence. Seeing this new, more hardened Ryan Dean navigate his senior year of high school (at age 15) is sometimes hilarious, sometimes heartbreaking, but always gripping and real.

If you can’t get enough of Andrew Smith’s Winger series and binge-read Stand-Off, fear not, luckily there are other teen male narrators who have much in common with Ryan Dean West. 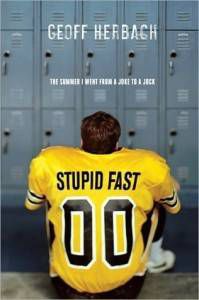 With an ear for the unique dialect of Teen Boy, author Geoff Herbach fully immerses you in the world of football player Felton Reinstein. Felton’s blow-by-blow commentary of football season and high school in general–not to mention the girl who has captured his heart in the idealized way rampant in lad lit–is a little bit neurotic and a lot twitchy and charged. Not a word is wasted, nor a piece of punctuation misplaced in this gritty, immersive look into the mind of a young man trying to come to terms with his coming of age. 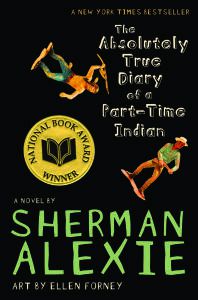 The Absolutely True Diary of a Part-Time Indian by Sherman Alexie, illustrated by Ellen Forney

Written as a diary, Alexie’s novel won the National Book Award, and for good reason. The Absolutely True Diary of a Part-Time Indian is marked by a hyper-realism that spares the reader no humiliation, growing pain, or awkward moment in protagonist Arnold Spirit aka Junior’s life as he enrolls in a non-Reservation school for the first time. While Ryan Dean feels like an outsider for being younger than everyone else in his class, Junior feels this isolation much more deeply as he negotiates life on and off the reservation. Yet Alexie’s tragicomic sense of humor and illustrator Ellen Forney’s witty cartoons lighten the heavy subject matter. This was really the first young adult novel I read after graduating college, and it was a good introduction to how the genre has crossover appeal for adult readers. Alexie’s novel brings to mind real-world issues and doesn’t gloss over tragedies minor and major. 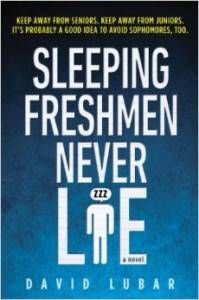 For those who liked how Winger hits you in the gut with a plot twist towards the end, David Lubar’s novel Sleeping Freshman Never Lie should satisfy your need for unexpected events with the same tragic overtones. Fourteen year-old Scott Hudson pines for his beloved Julia in a way familiar to Winger fans who fell in love with the way Ryan Dean fell in love with Annie: like she held the key to happiness, but without all the Manic Pixie Dream Girl idealization. Scott’s struggles in the chaos of high school with the constant need to prove yourself are poignant and relevant to the contemporary teenage experience. A sequel, Sophomores and Other Oxymorons, was published in August. 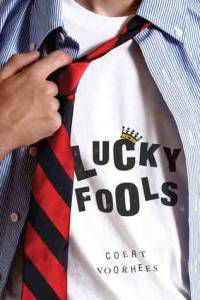 Coert Voorhees’ Lucky Fools should appeal to readers who were drawn to the private school setting Andrew Smith captures in the Winger series. David Ellison has a secret: he wants to attend Julliard and pursue acting, a betrayal to every other classmate in his Ivy League magnet school. Mischief is also afoot as someone is targeting people at the top of the food chain at Oak Fields Prep. David is cocky and spares the reader no detail of his life just like Ryan Dean, the consummate arrogant yet secretly self-conscious teen male narrator too adorable to forget.