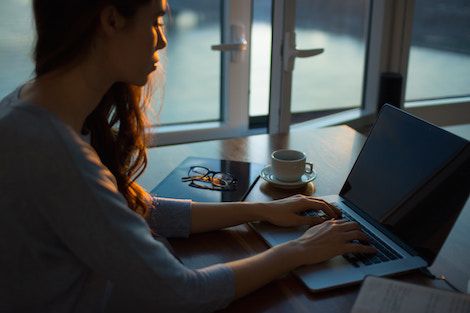 Around 2002, the author Dave Eggers and the educator Nínive Calegari had an idea. Step One: find communities with a high need for free writing instruction. Step Two: find writers who’d volunteer to provide that tutoring. Step Three: find a physical address to be the permanent home of all this sweet, sweet literary philanthropy.

Only, Step Three was tricky. Eggers and Calegari sought the regular use of church and school spaces to no avail. Finally, they purchased a storefront that came with just one catch: it was zoned for retail and free writing tutoring didn’t count.

The result was 826 Valencia, a combination writing center and pirate supply store. The back room of the property is decked out with long tables, paper, pens—everything writers need to settle in and create. Meanwhile, just inside the front door, you can read up on proper knot-tying etiquette, say hello to a pufferfish, and purchase an eye patch, a spyglass, or a book published by Dave Eggers’ publishing house, McSweeney’s. In short, 826 Valencia is Disneyland for bookish idealists. (Plus, it’s now part of a nation-wide network called 826 National, which establishes similar writing centers in major cities across the U.S.)

I first learned of 826 Valencia on a first date with a brilliant journalist who swept me off my feet with her tales of a childhood spent taking after-school writing classes from Dave Eggers himself at 826 Valencia. I was transfixed and beyond impressed, but she dismissed my wonder at her accomplishments.

“I guarantee we would have met at the pirate store if you had grown up in the Bay Area,” she told me over pasta and wine. “They do school visits. Any kid who likes to write ends up there.”

My date was kind, but I suspect she was wrong (though not about 826’s successful school outreach, if the fact that they visited 60 public schools the year they opened is any indication). When I was a child, I knew I loved writing and reading more than anything else, but I also knew—or, thought I knew, based on what way too many adults had told me—that if you want to be a writer, you need a Plan B. So when people asked me what I wanted to be when I grew up, I started saying a marine biologist, or an air traffic controller. By the time I was in high school, even if a famous author had opened a workshop around the corner, it might not have occurred to me that I belonged there. I dedicated my extracurricular time to other passions: volunteering at a local aquarium, backpacking and sailing with my Girl Scout troop, and planting community gardens. I wasn’t brave enough then to invest as much in what I loved as in what I liked.

That’s why, when I finally got to pay a visit to the pirate store, I was afraid I’d feel a pang of sadness. Would I feel regret when I took a close look at the literary childhood I’d deprived myself of?

Short answer: nope. Visiting the pirate store is a sheer delight. It’s a place clearly designed to be great fun for writers, adventurers, and weirdos of all ages. Signs declaring “No Parrots” and “We No Longer Stock Equipment for Shark-Bothering” adorn the entryway. Envelope-sealing wax (“Seal it with a kiss? NAH!”) is sold alongside books and journals. Every item is there to show that you can take creativity seriously without taking the fun out of it.

I thought of the high school students I work with, who edit their own literary magazine, when I spotted copies of the 826 Quarterly, a publication featuring the work of students from as young as five to as old as seventeen. I thought of my mom, who was also my Girl Scout leader, when I got to a sign that listed “Knots and Their Consequences.” I realized I may have found a home at 826 Valencia as a youngster after all. I bet I wouldn’t have been the first young woman who liked both words and the outdoors to get comfortable there.

My joy peaked when I discovered a series of books that all bore the title “Don’t Forget to Write.” They captured the lesson plans of prestigious writers who’d run workshops at 826 Valencia, making those plans accessible to anyone who mentors young artists. I asked the cashier on duty if there was a copy for the age group I teach and left clutching it as if it were honest-to-goddesses pirate treasure.

In the end, the best part of visiting the pirate store was getting back home to my students and showing them the copy of the 826 Quarterly I picked up. They were elated to see the work of their peers from the other side of the country in print. I think they experienced a taste of what I discovered myself at 826 Valencia: the feeling of not being alone.