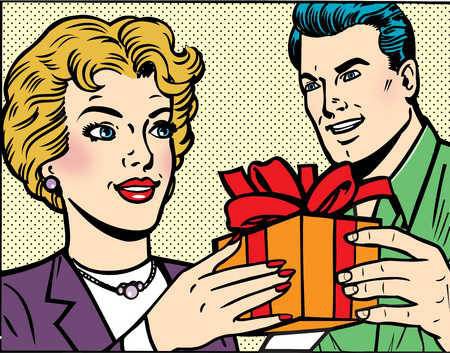 It’s not secret that we Panelteers believe there’s a comic out there for everyone, even your non-comics reading family members. Here are some suggestions for putting comics into the hands of new readers this holiday season.

For your dad, the history buff: The Harlem Hellfighters by Max Brooks and Caanan White

You may be familiar with Max Brooks’ World War Z and how committed the book is to it’s war documentary tone. It was only a matter of time before Brooks tackled real world events. The Harlem Hellfighters chronicles the story of the all-Black 369th infantry regiment of World War I, from recruitment and training to their time in the trenches. It’s perfect for your dad who always has a history book resting on his arm chair.

For your mom, who loves Sleepy Hollow: The Sixth Gun, Volume 1 by Cullen Bunn and Brian Hurtt

The last time you called home the first words out of your mom’s mouth were, “I haven’t watched the mid-season finale of Sleepy Hollow yet. NO SPOILERS!” For another story of an unlikely duo saving the world from the Apocalypse, I highly recommend The Sixth Gun. There’s no Founding Fathers name dropping, and the setting is the Old West instead of modern day Westchester County, but this books is full of amazing action and fantastic monsters. I’d also recommend this comic for fans of Buffy, Supernatural, or good ol’ monster movies.

Matthew McConaughey’s turn as Rust Cohle was one of the most riveting performances on television this year. So you can’t really blame your brother for his ardent love/borderline obsession with True Detective. But if it’s the gritty crime and nihilism that got your brother hooked on the show, pick him up the collection of Stray Bullets. A critically acclaimed underground comic stretching back to the mid 90s, David Lapham’s opus is recently back in print and perfect for noir fans.

For your sister, who loves all the Marvel movies but hasn’t tried comics yet: Ms. Marvel, Volume 1: No Normal by G Willow Wilson and Adrian Alphona

She waited online with you to see the midnight showing of Captain America: The Winter Soldier and Guardians of the Galaxy this year (and pretty much every movie since Iron Man). Really, you need to get a superhero comic into your sister’s hands STAT. Nothing is more perfect for the brand-new to capes and tights comics than the new Ms. Marvel. What makes it great for new readers is the comic is all new, with almost no heavy continuity to worry about. But what makes this comic so special is the honest, down-to-earth writing of G Willow Wilson and the sweepingly beautiful artwork of Adrian Alphona. And above all, Kamala Khan, the brilliant, awkward, and completely relatable teenage hero for a modern comics audience. You could probably buy this book for everyone on your gift list.

For your cousin who only reads literary fiction: The Wicked + The Divine, Volume 1: The Faust Act by Kieron Gillen and Jamie McKelvie

You and your cousin don’t have the same tastes in media. In fact, he’s a bit of a snob when it comes to books. You’re still fuming over “but all the pictures make comics seems so easy. I want to read something that’s not at a fourth grade reading level” comment from Thanksgiving. So to prove that comics are intricate, sophisticated pieces of literature, hand him a copy of The Wicked + The Divine. The comic is full of mythology and gods and cultural commentary and literary references to keep your cousin happy. And the artwork is perfectly elegant and graceful, moving the reader through the narrative in a way that can only be done with comic. The Wicked + The Divine is supremely clever, without having it’s head up it’s own ass.

For your adorable but inappropriate grandma: Sex Criminals, Volume 1 by Matt Fraction and Chip Zdarsky

You love your grandma; she’s a tiny and adorable and happy lady. But in your teenage years, she was a bit mortifying. You couldn’t get through a visit without her reminding you, multiple times, “tell your boyfriend to keep his hands in his pockets!” despite the fact that you didn’t have a boyfriend. Or how at Christmas she told you, “if a boy puts his tongue in your mouth when he kisses you, bite it.” The “She’s gotten her boobies” scene from Sixteen Candles hits a bit too close to home. To show your dear ol’ grandma that you’re a well-adjusted and sexually active adult, get her a copy of very wonderful and very NSFW Sex Criminals. Or maybe just buy it for her but don’t actually give it to her. Keep it for yourself because really, this is a truly a smart and funny comic worth reading.
Disclaimer: Panels is not responsible for what happens to your grandmother or family if you actually give your grandmother Sex Criminals for Christmas.