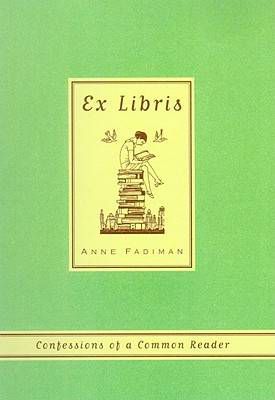 A couple weeks back, a Riot reader who goes under the alias Anne Boleyn asked the Book Riot community to recommend books about books. She didn’t specify fiction or non, so we left it open, and HOO BOY. If ever there were a request in y’all’s wheelhouse, it’s this one! Here’s what you shouted out in the comments and on Facebook and Twitter.

The Inkheart Trilogy by Cornelia Funke

The Haunted Bookshop by Christopher Morley

In Quest of the Perfect Book by William Dana Orcutt

The Breath of God by Jeffrey Small

People of the Book by Geraldine Brooks

Ex Libris: Confessions of a Common Reader by Anne Fadiman

Library of Shadows by Mikkel Birkegaard

The Thursday Next series by Jasper Fforde

The Last Dickens by Matthew Pearl

Balzac and the Little Chinese Seamstress by Dai Sijie

Firmin: Adventures of a Metropolitan Lowlife by Sam Savage

City of the Dreaming Books by Walter Moers

Anne Frank: The Book, The Life, The Afterlife by Francine Prose

Tolstoy and the Purple Chair by Nina Sankovitch

The Yellow-Lighted Bookshop by Lewis Buzbee

A Gentle Madness by Nicholas Basbanes

The Club Dumas by Arturo Perez-Reverte

The Book of Air and Shadows by Michael Gruber

The Pagemaster by David Kirschner

The Man Who Loved Books Too Much by Alison Hoover Bartlett

How Reading Changed My Life by Anna Quindlen

A Reader’s Delight by Noel Perrin

Time Was Soft There: A Paris Sojourn at Shakespeare & Co. by Jeremy Mercer

What the Dormouse Said: Lessons for Grown-ups from Children’s Books collected by Amy Gash

So Many Books, So Little Time: A Year of Passionate Reading by Sara Nelson

The Book on the Bookshelf by Henry Petroski

Behind the Bestsellers by Jenny Bond and Chris Sheedy