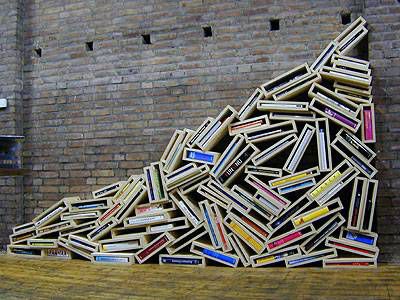 As the not-so-proud owner of several shitty Target bookshelves made of what I’m certain is dust glued together with pixie snot, I like to stare at pictures of nice bookshelves on the internet. Like these. And also these. But sometimes in my digital bookshelf window shopping, I stumble upon bookshelves that are just…strange. In a beautiful, non-functional, someone-is-using-these-to-mock-modern-design-in-a-sitcom-somewhere kind of way. I believe these are bookshelves for people who aren’t so much interested in storing actual books for easy access, but are more interested in, say, living inside an M.C. Escher drawing. Let’s take a gander:

Each book gets its own shelf! Because of reasons!

This shelf expands with your book collection. Just pull it out! This is strange and M.C. Escher-y AND I totally want it, and is only questionably functional because I would be too lazy to ever actual pull on anything. 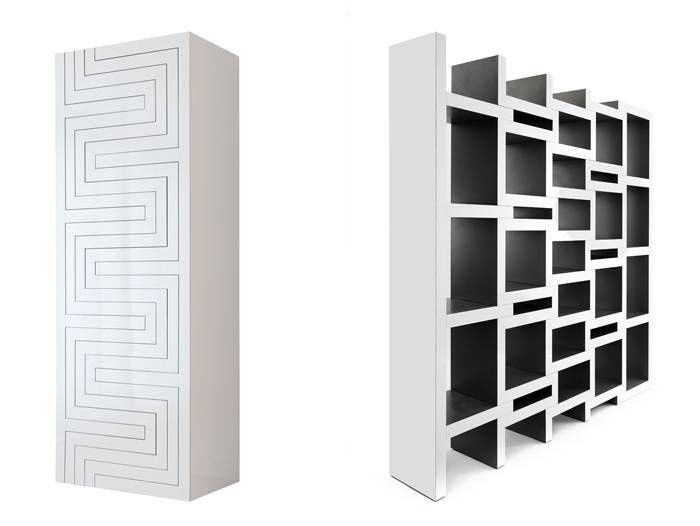 The “Neverending” Bookshelf is quite squiggly and you’d have to shove your books in there all willy-nilly, which would look neat but would drive me batty. 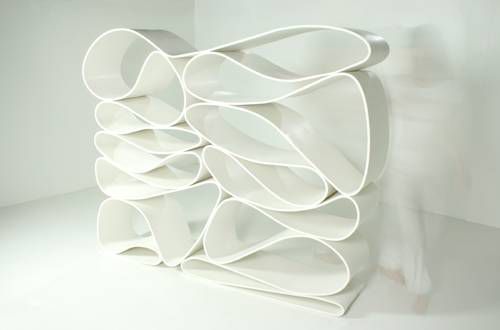 This…this hurts my brain. It’s called “Bias of Thoughts” bookshelving, and it’s based on an optical illusion! 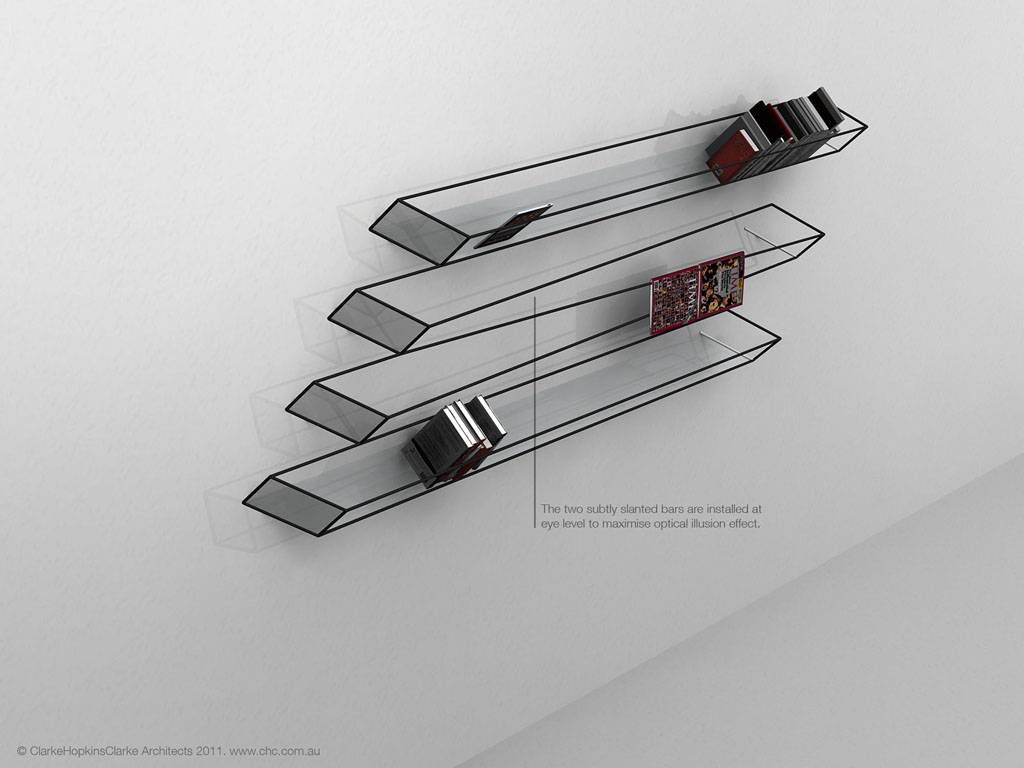 I would just stand under this pipe bookshelf all the time, terrified that the books would fall out. 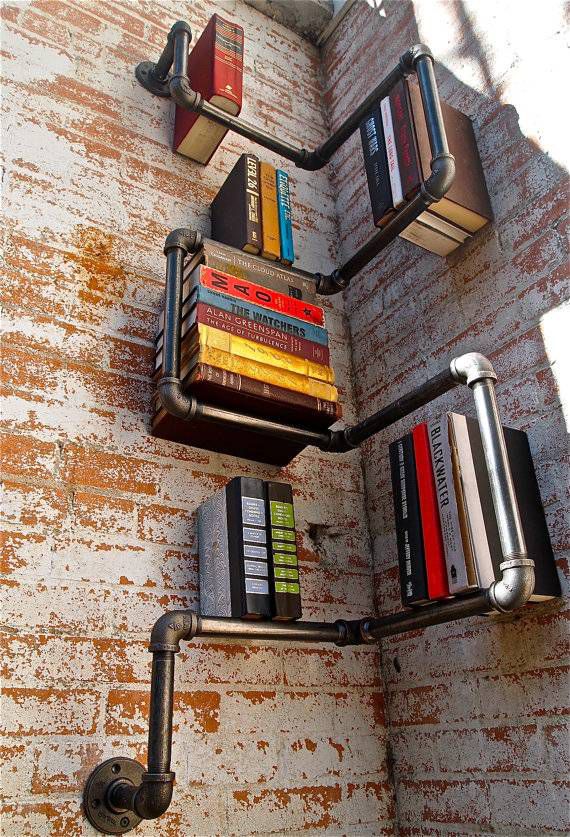 A rope bridge shelf! See again: standing under shelf, terrified of collapse. But it looks neat! 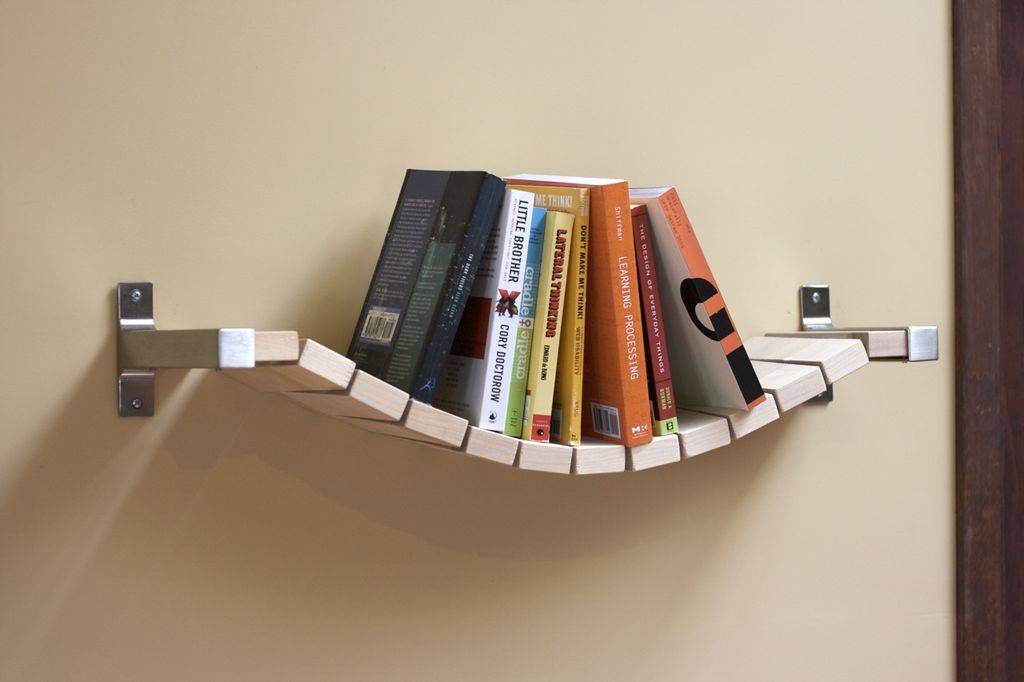 Beautiful, but I would spill coffee ALL OVER that shiz. 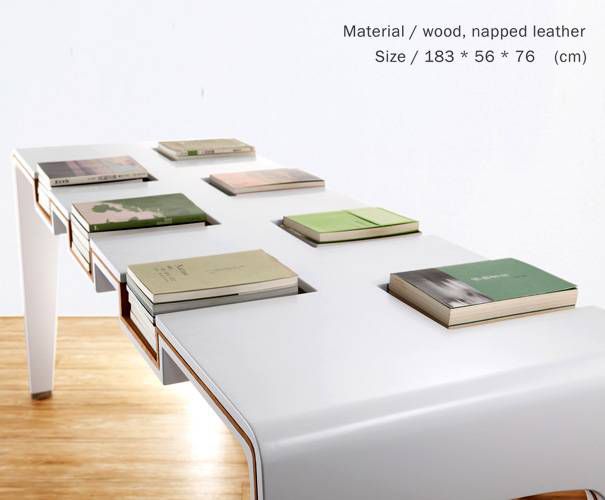 When you take the book off the shelf, a butterfly appears! Am I the only one who would store, say, Helter Skelter on it?

Bookshelves created in the ceiling with plywood! Looks great, hope you walk very softly so nothing ever shifts…ONTO YOUR DOME PIECE. 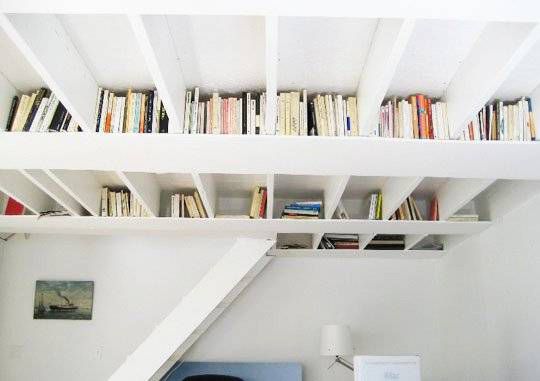 What do you think, guys? Would you use these bookshelves?