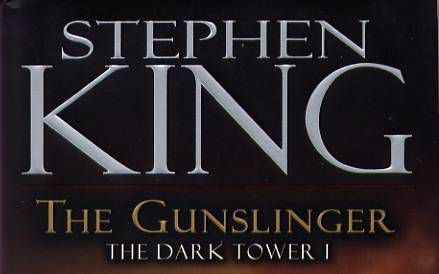 You may have heard recently that, yes, finally, Stephen King’s Dark Tower series will be heading to the big screen. I’m pretty excited about this news, you guys, because I’m in the middle of listening to the sixth book and have SO. MANY. QUESTIONS. AND. FEELS. AND. THINGS.

And yes, I’m late to the party as usual, but I’ve been a King fan for many years and it was only right to finally jump into the story of Roland Deschain to see what all the fuss was about. (Read Susie’s piece about what to do if you want to read the series but you hated The Gunslinger).

So, even though I haven’t even finished Song of Susannah yet, I’m going to tell you eight reasons (in honor of the eight books) why I’m luuuurving the Dark Tower. Hopefully, you’ll be inspired to read it, too, if you haven’t already.

I’ll try not to be spoiler-y. 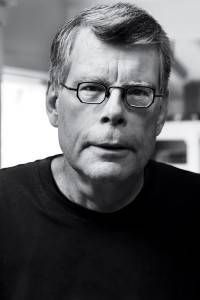 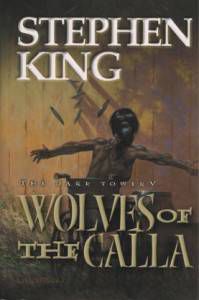 1. Roland Deschain’s I-give-absolutely-zero-f$%@s attitude and his supposedly gorgeous icy-steely-crystal blue eyes. Dude’s been chasing the Dark Tower for a very long time. He’s killed people, been messed with by forces he can’t even name, barely escaped death himself, lost loved ones, etc. He is really not interested in anything but his quest, and thus he’s become a minimalist kind of person. Reminds me of Bob Dylan in some ways.

2. Odetta/Detta/Susannah. It’s not every day that you get three characters for the price of one, hmmyes? There are so many dimensions to this woman, I don’t even know where to start, and all of them are interesting. She’s smart, she’s deadly, she’s the kind of person whose good side is the side you want to be on.

3. Genre mashup. Dark fantasy, western, sci-fi, horror: seriously, who else could take so many genres and smash ’em together to create something so multi-layered and fun and terrifying? I’m here for robots and castles and temporal shifts, y’all.

4. Fully-realized main characters. We learn about each member of Roland’s ka-tet in detail over the course of the series, and each person’s story is different: Jake comes from a dysfunctional, wealthy family; Eddie’s a drug dealer and user from Brooklyn; Odetta has multiple personalities and is confined to a wheelchair; Roland’s from a whole other freakin’ time/dimension/?

5. Each book appeals to different readers. For me, The Drawing of the Three and Wolves of the Calla were the most enjoyable of the series; I was perplexed by The Gunslinger and downright YAWNING over parts of Wizard and Glass. But that’s ok. This is what happens when you throw a bunch of genres together and observe the result.

7. The sheer freakin’ ENORMITY of the series. The Dark Tower is basically the embodiment of dedication, you guys. Thousands of pages devoted to exploring this weird, screwed-up, compelling world- Stephen King just kills me every time with his creativity and output and willingness to experiment with genres.

8. Meta elements. Characters in the books realizing that they may be characters in books written by a man named Stephen King? Yup.