Based on the fact my Facebook feed is currently 80% Beauty and the Beast, fairy tales still have a strong grip on everyone. In fact, many of us wish we could escape into a fairy tale right about now.  Since nobody knows fairytales like the authors who write their adaptations, I reached out to eight Middle Grade authors and asked them into which world they dream of disappearing. 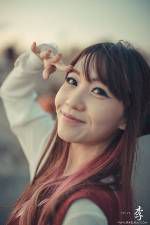 “I’d want to be under the sea as a mermaid! As a child I thought mermaids were such beautiful, graceful and brave creatures, because the Little Mermaid actually saves her prince instead of being saved! I would want to be a mermaid sorceress and live in the warm Coral Sea in the South Pacific, and I think my tail will be red with patches of white and flecks of black, like koi fish! Though kois don’t actually live in salt water…” 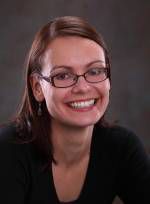 “Maybe it’s because I’ve always been shy and quiet, but the tale of Cinderella has spoken to me since I was young. Imagine a girl who’s spent her life being overlooked suddenly getting the chance to transform into a leader–and hang out with a fairy godmother and some magical animals in the process. Add in a sparkly gown and a royal dance party, and we’re in business!”

Anna Staniszewski, author of Once Upon a Cruise 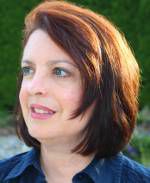 “I’d like to hang out with young King Arthur. I love stories about the good-hearted Arthur learning to rule and relying on the council of Merlin the wizard. I’m particularly fond of Jane Yolen’s take on his story, both in Merlin and the Dragons – which focuses on a very young Arthur’s self-doubt – and The Sword of the Rightful King – which features a particularly swoon-worthy Arthur (!!!) and a highly intelligent Gwenhwyvar.” 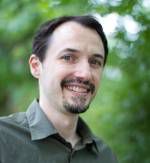 “I could probably learn a thing or two from the Seven Dwarfs. Amazing work ethic, yet they still know how to have a good time. Stinking rich (meatloaf-size diamonds, anyone?), yet they live far below their means. And since I refuse to believe they’ve got a tax shelter in the Caymans, we can only assume this means they’re huge philanthropists. That’s role modeling! They’d likely rename me, though. And since Sneezy and Sleepy are already taken, I’d probably be Uncoordinated.”

Christopher Healy, author of The Hero’s Guide to Saving Your Kingdom 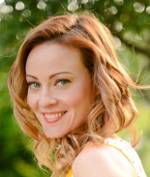 “An enchanted castle? A prince in disguise? A library with more books than I could read in a lifetime? Sign me up for a one way trip into the world of Beauty and the Beast! But what captivates me more than the lure of a warm chocolate croissant is that in this world there is possibility, hope, and a love that delves deep into the heart of a soul.”

Christina Farley, author of The Princess and the Page 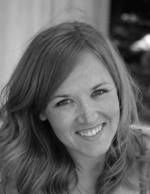 “I’ve always wanted to be a mermaid, or at least see a real mermaid, so it’s a no brainer that the fairytale I’d like to inhabit is The Little Mermaid by Hans Christian Andersen. The ocean is such a peaceful place to me, but also full of mysteries and treasures. Another bonus—I’d never have a bad hair day again! Under-water hair is always perfect.” 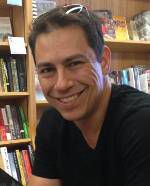 “It’s surprisingly difficult to identify a fairytale realm that I’d actually want to visit—probably because the classic versions portray such grim, horrible places. So I chose The Nightingale, by Hans Christian Andersen, set in a lush version of ancient China. The land is ruled by an arrogant and materialistic Emperor (of course) who becomes smitten by the song of a nightingale. Only after the Emperor tries to replace the nightingale with a bejeweled, mechanical substitute does he come to truly appreciate the priceless power of nature. Maybe our world leaders should read more fairytales.” 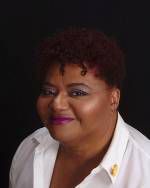 My favorite fairy tale milieu has to be Little Red Riding Hood.

Hanging out with Little Red in the forest, gossiping about which woodsman tried to hit on us and which ones know they need to keep their saws to themselves—delicious. Seriously, there has always been an urgency to that tale that resonated with me. Not to mention, unlike Cinderella with her delicate glass slippers waiting on some man to rescue her, Little Red was fearlessly doing her thing in the woods. Earlier versions of the tale reveal that Red encounters the wolf after straying off the path her mother warned her to follow. Her fate comes because of disobedience. But even as a kid, I rejected that logic and wrote my own ending. I saw Red as a girl who was like, “What? I don’t have to stay on no path in the forest just ‘cause mama said so!”

Hey, I like a girl with a mind of her own.

Now it’s your turn! If you could live in any fairy tale, which would you choose?