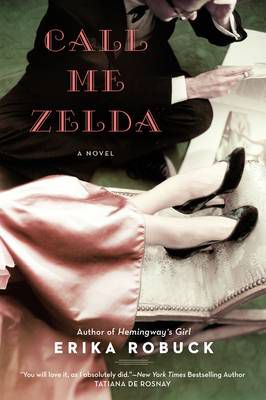 This is a guest post from Erika Robuck. She self-published her first novel, RECEIVE ME FALLING. Her novel, HEMINGWAY’S GIRL (NAL/Penguin), was a Target Emerging Author Pick, a Vero Beach Bestseller, and has been sold in two foreign markets to date. Her next novel, CALL ME ZELDA (NAL/Penguin), publishes on May 7, 2013, and begins in the years “after the party” for Zelda and F. Scott Fitzgerald.

Erika writes about and reviews historical fiction at her blog, Muse, and is a contributor to fiction blog, Writer Unboxed. She is also a member of the Historical Novel Society, the Hemingway Society, and the Millay Society.

There are many ups and downs in publishing. Thankfully, I’ve had a positive experience launching my novel HEMINGWAY’S GIRL with Penguin. Since publication, however, some oddities I couldn’t have anticipated have occurred. I thought I’d share some with you, particularly those of you with books coming out, so that you are able to brace yourselves for the strange, the bizarre, and the down-right frightening interactions that might be in store for you. If you have any of your own experiences to add to mine, I’d love to see them in the comments.

1. A nudist colony requested that I do a reading at their camp. They explained that I would be allowed to remain clothed. Alas, my aversion to body hair, among other things, prevented me from accepting.

2. After a reading, a medium and writer came up to speak with me. He kept staring over my shoulder, and when I looked back he told me not to be alarmed, but I had the spirit of a grandfather type with me. I asked if it was Ernest Hemingway, and the medium replied that it might be.

3. A man told me he wanted to read 50 SHADES OF GREY to me under a tree in Michigan. The tree in Michigan is a veiled Hemingway reference, which was the only tempting scenario in that proposition.

4. The nudist colony sent a second request urging me to reconsider my refusal. I again politely declined, this time citing my fairly repressed upbringing.

5. A man said he was going to kidnap me when I became famous. I’m cheered by the fact that he lives on another continent. At least I hope he does.

6. Following my book signing at the Hemingway House in Key West, the events director Dave Gonzales messaged me to ask if I believed in the paranormal. I said, “Sure, I’m a writer.” He then sent me three photos. The first was of my set up during the day. 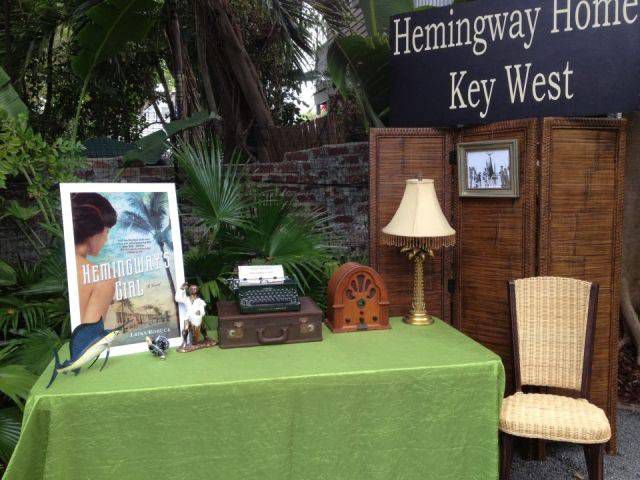 The second was the picture he tried to send to his fiancé to show her that he had packed up for the evening and would be home soon. 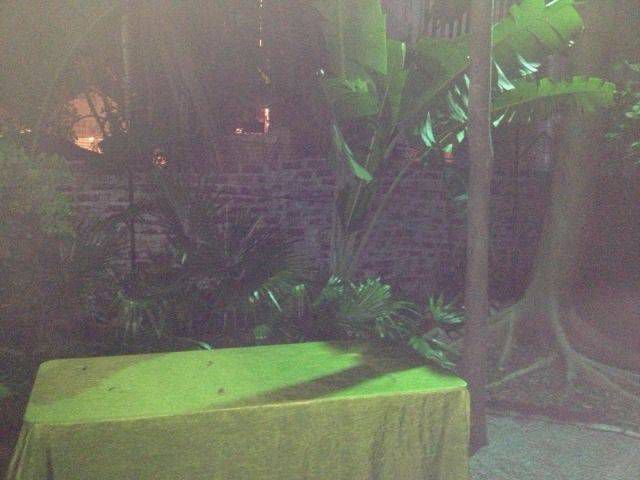 The third was the picture that turned up three times on his phone before he was able to get the above shot. There were no spotlights turned on in the garden. He told me Hemingway must have been pleased that I was there. 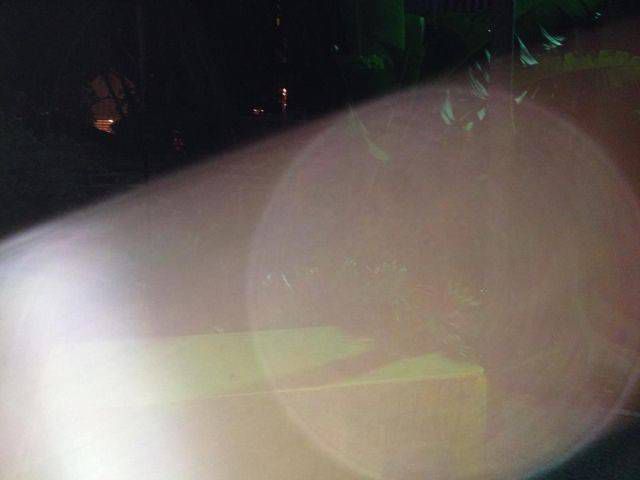 7. The nudist colony just sent me another email request. They might be wearing me down. If I attend, I’ll be sure to report on my experience for Book Riot.