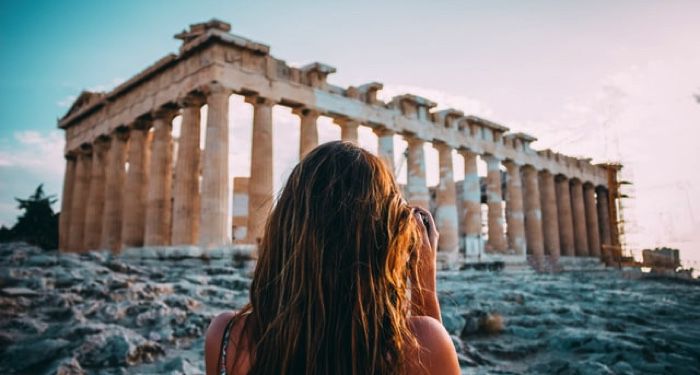 Book Riot is teaming up with Macmillan's Nightfire newsletter for a chance to win a Horror Lover's prize pack containing the following: $200 Visa gift card, The Living Dead by George Romero and Daniel Kraus, Certain Dark Things by Silvia Moreno-Garcia, Slewfoot by Brom, Hex by Thomas Olde Heuvelt, The Last House on Needless Street by Catriona Ward. Simply sign up for the Nightfire newsletter and fill out the form here to be entered to win. 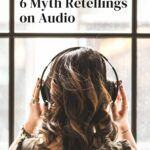 From Mary Shelly’s Frankenstein to Rick Riordan’s Percy Jackson series, I adore listening to audiobooks inspired by mythology. As a kid, I read and reread all of the stories I could get my hands on, and now as an adult, I pick up almost any retelling I can find.

One of my favorite BookTubers, Jean Menzies, creates all sorts of content around mythology. In addition to her videos, books, and podcast episodes, Jean is studying to get her PhD in ancient history. Over the last several years, Jean has created and updated a running list of all of the different myth retellings that she’s come across.

So today, I’m here to share this wonderful resource with you all and to highlight some of my favorite audiobooks from her list. 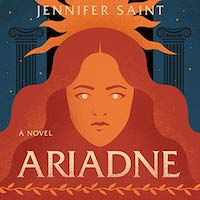 In this new release, Jennifer Saint retells the story of Ariadne, the princess of Crete. Her brother, the minotaur, wanders the maze beneath the palace and destroys the people offered up to him as a blood sacrifice. Ariadne’s story has always been a favorite of mine, so I couldn’t have been more delighted when this audiobook came out earlier this year. Barrie Kreinik performs the audiobook with the air of someone retelling a story of old, which, in fact, she is. 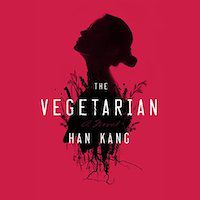 The Vegetarian by Han Kang, Translated by Deborah Smith, Narrated by Janet Song and Stephen Park

Inspired by the story of Daphne and Apollo, The Vegetarian features a protagonist that decides to give up eating meat. Her family cannot fathom why she would ever choose this for herself and repeatedly tries to convince her to change her mind. This novel was my first venture in Han Kang’s work, and I didn’t actually realize the connection with Daphne and Apollo’s story at first. But don’t worry — I won’t spoil anything here! Janet Song and Stephen Park perform the audiobook beautifully, capturing the voices of the viewpoint characters with such precision. 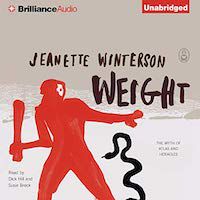 Jeanette Winterson surprises me with each new novel of hers that I read. In her novella, Weight, she retells the myth of Atlas and Heracles. As only she can, Winterson examines the meaning of choice and destiny in the face of the power of the gods. Narrators Dick Hill and Susie Breck skillfully manifest the novel’s witty prose and endless charm. 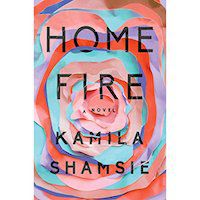 This modern retelling of Antigone captured my imagination from the first few moments. And I’m not the only one who loved it. Home Fire was longlisted for the Man Booker Prize and won the Women’s Prize for Fiction. The story centers around three siblings — Isma, Aneeka, and Pervaiz — who have been working through their grief after their mother’s death. 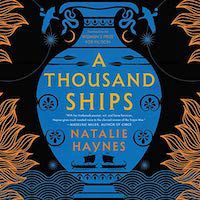 A Thousand Ships by Natalie Haynes, Narrated by the Author

I may never get tired of retellings of the story of Troy. In her Women’s Prize shortlisted novel A Thousand Ships, Natalie Haynes focuses on the women’s stories from this familiar tale, adding a unique take on this traditionally male-dominated epic. Natalie Haynes brilliantly narrates the book herself, creating this incredible atmosphere in the audiobook edition. 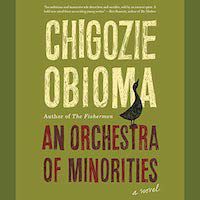 An Orchestra of Minorities by Chigozie Obioma, Narrated by Chukwudi Iwuji

Of course, we can’t forget The Odyssey, and An Orchestra of Minorities is a fabulous retelling. Chigozie Obioma weaves together a familiar story of a man gone for decades, finally returning after two decades to find the woman he loves. But this time, Chinonso, a young poultry farmer from Nigeria, is our hero, and Ndali, a young woman from a well-to-do family, his beloved. Chukwudi Iwuji performs the audio edition, embodying the chi, or guardian spirit, who narrates the novel.

Make sure you check out Jean’s website for more mythology content and to preorder her new dragon-filled fantasy novel The Flames of Albiyon.