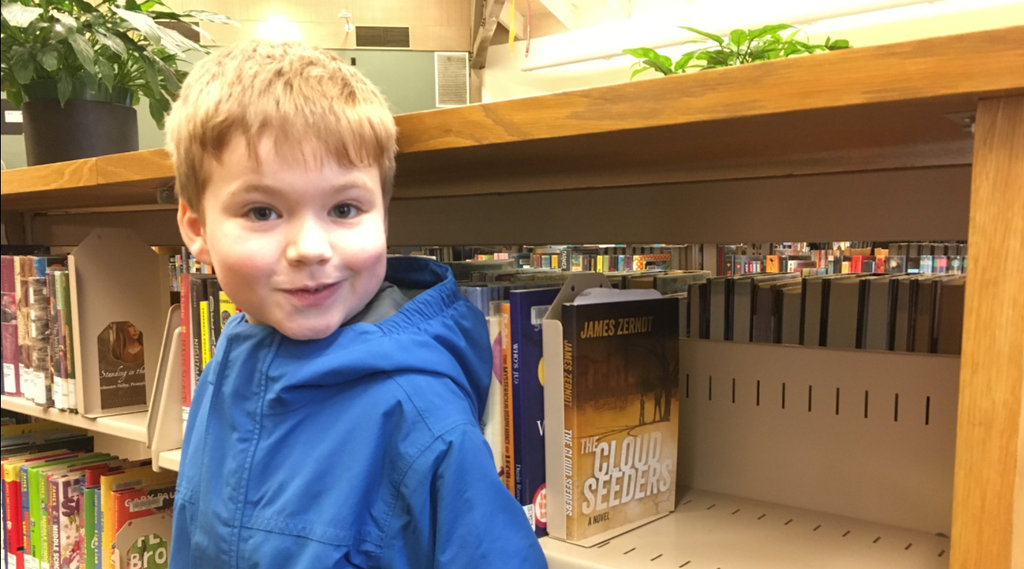 So he and his dad, author James Zerndt hatched a plan to put $100 bills in 5 books in libraries,  grocery stores, and Goodwill stores around their hometown of Portland, Oregon.

Each book and its $100 bill also includes a note letting the finder know that is not a mistake and the reason it is there:

@ZerndtJ Hey James – are you the one leaving money in your books around Portland? Two @KGWNews viewers have found them! pic.twitter.com/hDBcritIXy

Three cheers for James and Jack. More details at KGW.