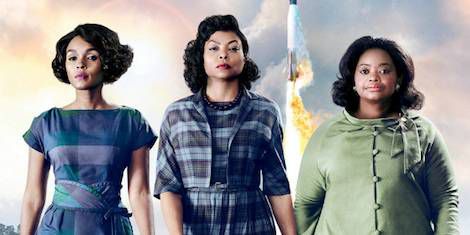 This is the time of year when I want to go to the movies all the time. The weather is colder, making a dark room with a big screen seem like the right place to be. Plus, the movie studios tend to wrap up the year with the movies they expect will be Oscar contenders. And a lot of those movies are adapted from books. So what movies should book lovers be looking for this December?

Silence is one of my all-time favorite books, and I’m both excited and terrified to see it on the big screen.

This book has been on my list for years, and perhaps the release of the movie will give me the motivation to finally read it.

I’ve been hearing great things about this book, and it certainly looks like a great story that needs to be told.

I’m not particularly familiar with Neruda’s poetry, but this unconventional film about him looks like a fun way to get acquainted.

Arrival, directed by Denis Villeneuve, adapted from “Story of Your Life” (from the collection Stories of Your Life and Others) by Ted Chiang, release date November 11, 2016

This one is already out, but I expect it will be around through Oscar season. I knew about the enjoyably mind-bendy movie before I was aware of Chiang’s story, and now that I’ve seen the movie, I’m curious about Chiang’s version.

Any bookish films I’ve missed? Which ones are you looking forward to?