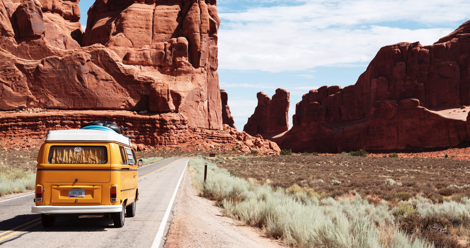 This Riot Recommendation is sponsored by Penguin Random House Audio.

The summer months are a great time for road trips with the whole family, but the car ride can get old…quick. Listen to an audiobook the whole family can enjoy and your destination will arrive in no time! Visit TryAudiobooks.com/Family-Travel for suggested listens and for a free audiobook download of MY FATHER’s DRAGON!

The “are we there yets,” the constant bathroom stops, the close quarters, the songs and games–there’s nothing like a road trip to bring family closer together and test the limits of one’s patience. Treats from that roadside beef jerky joint won’t ensure a carload of happy travelers, but you can count on audiobooks to pull your fam out of a road trip slump.

We asked you to tell us your favorite books for a long road trip and you responded. Here are more than 45 of your favorites!

All The Bright Places by Jennifer Niven

The Alchemist by Paulo Coehlo

Charlie and the Chocolate Factory by Roald Dahl

The Emerald Atlas (The Books of Beginning #1) by John Stephens

The Children of the New Forest by Frederick Marryat

Lord of the Rings Trilogy by J.R.R. Tolkien

A Walk in the Woods by Bill Bryson

One More Thing: Stories and Other Stories by B.J. Novak

The Big Over Easy by Jasper Fforde

The Pillars of the Earth by Ken Follett

The Nix by Nathan Hill

The Stand by Steven King

The Prince of Tides by Pat Conroy

The Gates by John Connolly

Career Of Evil by Robert Galbraith