Small and independent presses are putting out some really great work. Are you on this train yet? 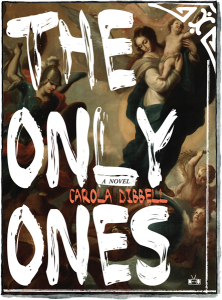 Anything from Two Dollar Radio goes on my insta-read list; they put out thought-provoking work that has an edge so sharp, you could cut yourself if you weren’t careful. The Only Ones follows Inez through a post-pandemic world. She makes a living for herself as a test subject, thanks to her rare immunity. One of the procedures involves a highly controversial method of using the genetic material of the immune to create children for those who had lost theirs to disease; when the grieving mother backs out, Inez finds herself with an unexpected child to care for and protect from the government and religious fanatics. The combination of heart-touching story with sly social commentary makes this one a win for me (and it doesn’t hurt that Ms. Dibbell is a rock critic, heck yes!). 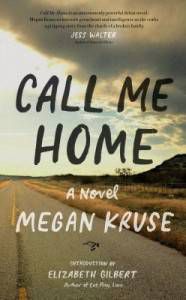 I love Hawthorne Books, and Call Me Home looks to be a great addition to their catalog. The stormy sky on the cover of Call Me Home foretells the relations between the family members within. A young woman, Amy, leaves home at nineteen to start a life with a man who turns out to be a mistake; by the time she finally tries to rectify the situation, she has two kids and can’t seem to outrun her husband. Meanwhile, her son wants to explore a life outside of the one he has at home–a life made more difficult because he’s gay and surrounded by blatant bigotry. The family splinters–can they ever grow back together and be safe and happy? 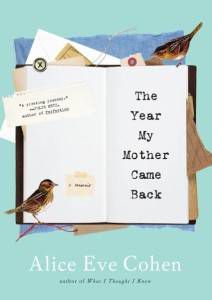 March seems to be a theme of motherhood so far, and this memoir from Alice Eve Cohen adds a bittersweet note. Cohen struggles on several fronts: her daughter undergoes a procedure to cure a birth defect that Cohen feels was her fault, due to cancer and cancer treatments; her adoptive daughter, grown now, reconnects with her birth mother. Cohen turns to the memory of her trailblazing feminist mother, who also battled cancer, for strength, wisdom, and closure. I love a fiercely honest memoir; I’d be glad to put this on my shelf next to Joan Didion and Ariel Gore. 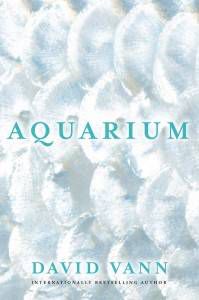 David Vann is being hailed by a lot of people as being a Very Important American Writer, having already been published in 19 languages and being the recipient of 15 literary prizes (so far). Aquarium tells the story of a 12-year-old girl named Caitlin who lives in subsidized housing with her mom, Shari. If the March books run along the theme of motherhood, this book takes a darker turn; Shari is a damaged person, struggling to get by and not doing as well by Caitlin as maybe she should. There are some shocking and perhaps not-so-shocking (but still heart-rending) turns in the book; through it all, Caitlin tries to stand up strong, while seeking answers to the unfortunate question of what we owe our forebears merely because they bore us.