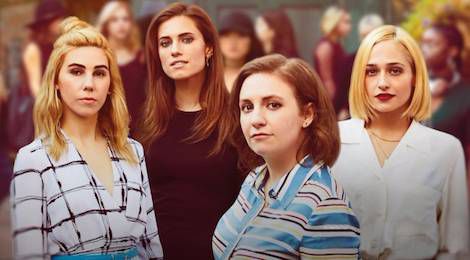 I’m a fan of the show, but I thought I’d cope well with it coming to an end. After all, it was time: the show had a great run (six seasons!), the girls (women!) had grown up and were moving on and, frankly, I’ve said goodbye to so many awesome shows in the past. Why should it be any different with Girls?

The “why” I (still) cannot answer, but it was different. I’ve been in withdrawal ever since last Sunday, when I turned on the TV and realized that I wouldn’t be getting my Hannah-fix. Girls marked an era for me, though I don’t think I realized this until it was over. It wasn’t a perfect show, but as far as TV series go it was a trailblazing experiment in placing women in uncomfortable situations – and, by that, I mean uncomfortable for the protagonists and for us, the audience – and showing us a wider range of possibilities for female characters.

Case in point: during the show’s first season, I remember feeling white-hot anger when I came across a comment that disparaged Lena Dunham’s naked scenes. You should be ashamed of yourself, wrote a troll. No one wants to see that on TV. All it takes it five minutes, an internet connection, and a search engine to discover that this bit of misogyny was an oft-repeated criticism. Haters were all for watching Jessa or Marnie walk around in their underwear, but not Hannah, who, in their minds, had to either lose weight or put clothes on. And the fact that Hannah did not put clothes on (literally and metaphorically) was a much-needed F-you to a generation who has come a long way in terms of women’s issues, but who still has too many blind spots on the matter.

I wish Girls had done more, especially in terms of racial and ethnic diversity. But it did do something. Maybe it’s fair to say that Girls took a step in the right direction in doing what art is supposed to do: disrupt, disquiet, disturb.

And while I do not believe that there is a substitute to Girls (it is, after all, one-of-a-kind), I’ve compiled a list of books that have a certain Girls-like energy to them. Some of them deal with two or three characters, and not four, and some of them take place partly in Cambridge, and not entirely in New York City, but they all have strong, young women trying to figure out post-collegiate life in the city that never sleeps, juggling their expectations, venting their frustrations, and dealing with the unexpectedness of – all of a sudden – being in different moments in their lives, all while trying to stick together.

Your favorite character is Marnie: 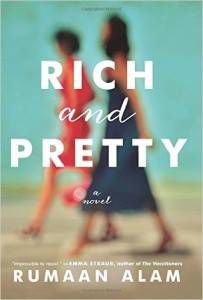 1. Rich and Pretty by Rumaan Alam

Ever wonder what would’ve happened if Marnie and Charlie had never broken up? (cough-if Hanna’s journal had never been read by Ray – cough) One theory is that she would’ve ended up like Lauren, the Type-A character in this deliciously addictive novel.

Your favorite character is Jessa: 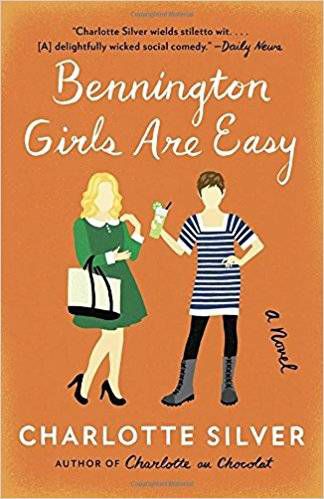 Sylvie Furst is not an instantly likable character. In fact, she often reads as someone who lacks compassion and takes advantage of others. To me, she’s Jessa minus the allure to be seen as a free spirit. Oh, and if you love Jessa you’ll enjoy reading about Gala (you’ll be reminded of Hannah’s description of Jessa: “This is the best friend who I would say looks like Brigitte Bardot had a baby with a mermaid.”).

Your favorite character is Hannah: 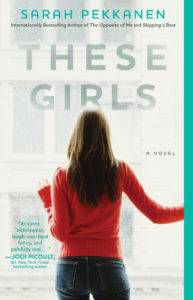 3. These Girls by Sarah Pekkanen

Cate’s character is a little neurotic, a little anxious, a little OCD. She also has a publishing-related job. That being said, she’s very different from Hannah. In fact, I think the reason why I think this book might appeal to Hannah-fans (guilty!) is because of Renee. As I read this, I wondered how different Renee’s life would be if she had more of Hannah’s unapologetic confidence – really, what I wanted was to do was introduce Hannah to Renee and say: “Here, this woman needs you to show her she is already beautiful!”

Your favorite character is Shoshanna: 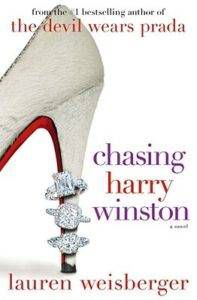 It’s no secret that Shoshanna would’ve liked nothing more than to experience a modern-day version of Sex and the City. So much so that she pushed aside her college friends to befriend Jessa because, in her words, “for some reason I thought that her friends were, like, the apex of maturity, which is ridiculous, and I recognize that now.” This book had that Sex and the City vibe to it – the fantasy, the glamour, the unattainability of Manhattan’s elite – and also a Shoshanna-like character realizing that labels are limits and first impressions tend to be shortsighted at best.

Can you think of any other novel that has a certain Girls-like energy to it? Let me know!