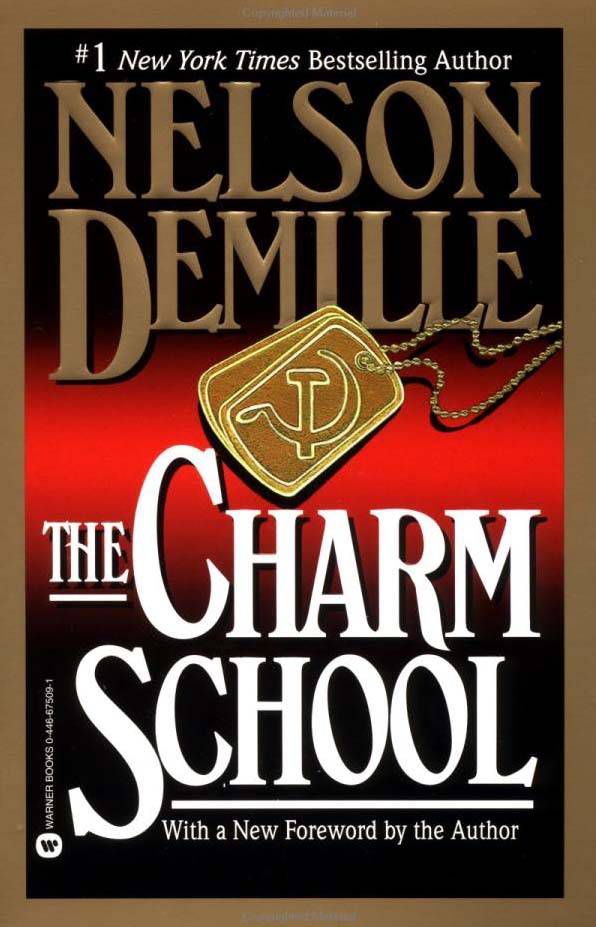 As of last week, The Americans is over—at least for a few months. The FX series, which premiered in January, tells the story of a pair of KGB agents trained to live as ordinary Americans while performing missions to undermine the United States during the late Cold War. In addition to showing us a (homicidal) side of Keri Russell that Felicity never offered, the series is a surprisingly effective amalgam of suspenseful spy tale and domestic drama. But the first season is over, and Elizabeth and Philip have slithered back into hiding. So what is a bookish fan to do? Well, you could give these books a shot (to be clear, I mean you should try them, not stab them with a syringe full of paralytic poison): 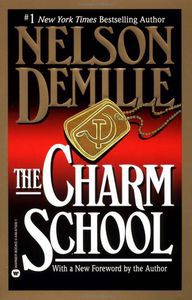 The Charm School by Nelson DeMille

This one’s obvious, but that doesn’t mean it’s not an excellent choice. In The Americans, we heard snippets of conversation about the mysterious “Center” that handled Elizabeth and Philip, and we saw occasional flashbacks to their training. This 1988 thriller goes much further into the training. Classic DeMille in his spy mode, the novel begins with a cool setting—the camp where the Soviet Union has been using kidnapped Americans to train soon-to-be undercover KGB operatives—before blowing it up (figuratively…mostly) with a team of plucky American spies. The Charm School lacks the humane complexity that made The Americans so surprisingly good. (You won’t find DeMille’s characters sitting down to an awkward family dinner.) But it’s certainly damned fun, and a nice distraction while we wait for the more complicated world of The Americans to return. 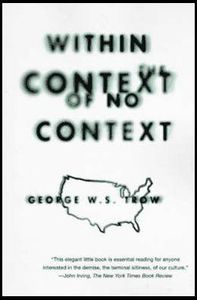 Within the Context of No Context by George W. S. Trow

Fun in a very different, much weirder way, “Within the Context of No Context” is a lovely, disorienting manifesto about American mass culture at the very moment The Americans depicts. (The book version also includes a more personal, introductory essay, as well.) Published originally in the New Yorker in 1980, “Within” is a bracing critique of the effects of television on American life. “Television is the force of no-history, and it holds the archives of the history of no-history,” Trow writes early on. “Television is a mystery.” This might seem an idiosyncratic choice as a followup to a spy show. And I suppose it is. But what better way to understand and explore a television show about the early 1980s than a book on television from the early 1980s? It’s meta-tastic! Seriously, though, reading “Within” in the wake of The Americans gives you a chance to explore the historical context the show depicts while at the same time giving you an opportunity to reflect on the way television has shaped all of our lives, for good and, perhaps especially, for ill. 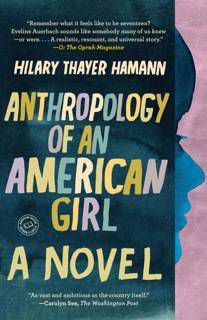 Anthropology of an American Girl by Hilary Thayer Hamann

For my money, one of the most interesting aspects of The Americans was the full-fledged character the show created for Elizabeth and Philip’s teenage daughter, Paige. (It appears to have taken a page, so to speak, from another secret-espionage show, Homeland, which also centrally features a complex adolescent girl character.) Even amidst the murderous geopolitics of the Cold War, the show takes Paige’s feelings and needs and choices, as small-scale and intimate as they usually are, very seriously. Judging by the final moments of the season finale, Paige’s role may only be getting bigger, so it makes sense to try to get inside her head a bit during the break. The hugely acclaimed Anthropology of an American Girl also offers a portrait of a teenage girl at the beginning of the 1980s. Hamann’s protagonist, Eveline, isn’t Paige, of course. She’s a few years older, at 17, and her experiences are darker. (She’s raped, for example, rather than maybe-almost-raped, like Paige.) By all accounts sharply observed, Hamann’s book offers a world of possibilities The Americans can’t quite manage, since I guess it does need to deal with all the spy stuff, too. And, at nearly 600 pages, it might fill some time until The Americans comes back.