Time for another round of thematically linked audiobooks! This time, we’re going to start with one of my favorite books from 2013, Kate Atkinson’s Life After Life. With this title, there are a couple of different directions that we could head in, like books about time travel or reincarnation. Instead, the focus is on books about the role that women played in World War II. Take a listen: 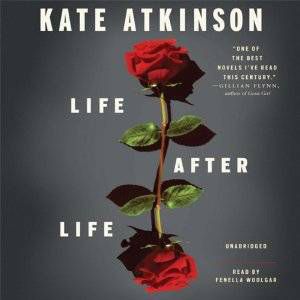 On a cold and snowy night in 1910, Ursula Todd is born to an English banker and his wife. She dies before she can draw her first breath. On that same cold and snowy night, Ursula Todd is born, lets out a lusty wail, and embarks upon a life that will be, to say the least, unusual. For as she grows, she also dies, repeatedly, in a variety of ways, while the young century marches on towards its second cataclysmic world war. Does Ursula’s apparently infinite number of lives give her the power to save the world from its inevitable destiny? And if she can – will she? 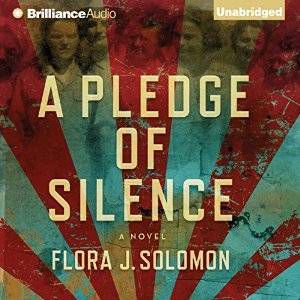 A Pledge of Silence

When Margie Bauer joins the Army Nurse Corps in 1941, she is delighted to be assigned to Manila – the Pearl of the Orient. Though rumors of war circulate, she feels safe – the island is fortified, the airbases are ample, and the Filipino troops are well-trained. But on December 8, 1941, her dreamworld shatters. Captured by the invading Japanese, Margie ends up interned at Santa Tomas, an infamous prison camp. There, for the next three years, while enduring brutality and starvation, her bravery, resourcefulness, and faith are tested and her life forever changed.

At once an epic tale of a nation at war and the deeply personal story of one woman’s journey through hell, A Pledge of Silence vividly illustrates the sacrifices the Greatest Generation made for their country, and the price they continued to pay long after the war was over. 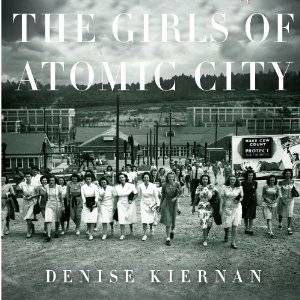 The Girls of Atomic City

At the height of World War II, Oak Ridge, Tennessee, was home to 75,000 residents, consuming more electricity than New York City. But to most of the world, the town did not exist. Thousands of civilians – many of them young women from small towns across the South – were recruited to this secret city, enticed by solid wages and the promise of war-ending work. Kept very much in the dark, few would ever guess the true nature of the tasks they performed each day in the hulking factories in the middle of the Appalachian Mountains. That is, until the end of the war – when Oak Ridge’s secret was revealed.

Drawing on the voices of the women who lived it – women who are now in their eighties and nineties – The Girls of Atomic City rescues a remarkable, forgotten chapter of American history from obscurity. Denise Kiernan captures the spirit of the times through these women: their pluck, their desire to contribute, and their enduring courage. Combining the grand-scale human drama of The Worst Hard Time with the intimate biography and often troubling science of The Immortal Life of Henrietta Lacks, The Girls of Atomic City is a lasting and important addition to our country’s history.