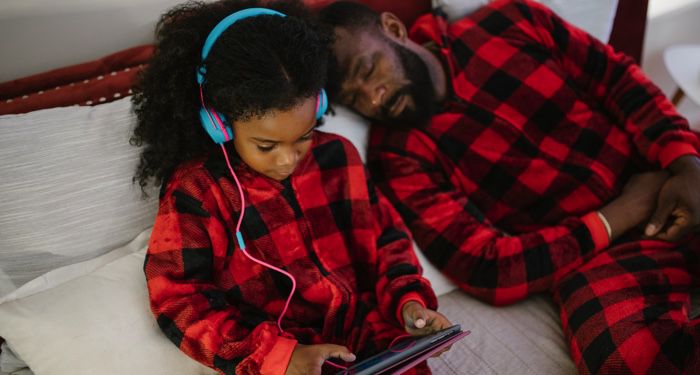 The competition in ebook and audiobook subscription services has flourished in the past few years. While many have gone bankrupt, Scribd, a major player in the industry, remains very popular to many bookworms. But now it’s being challenged by other subscription services, including one called 24symbols. In this 24symbols review, we’ll explore what makes this service unique, including the pros, cons, and the verdict.

Is 24symbols better than Scribd? Should you make the switch? Let’s take a look under the hood.

24symbols launched in 2011 and was dubbed “Spotify for books.” It offers ebooks and audiobooks for a fixed monthly fee of $8.99. And just like other subscription services out there, the ebooks are limited to backlists, and majority are romance, science fiction, fantasy, thriller, and fiction.

How to Set Up 24symbols

Upon signing up, it won’t force you to subscribe immediately; you’ll have an opportunity to do that later in the Subscription page.

24symbols is available in many devices and platforms. You can even read on an ereader as long as there’s a modern web browser installed on it.

24symbols offers varying experiences on desktop and mobile. Obviously, the desktop version has features that aren’t available on the mobile app. But if you’re not too invested, the mobile app is decent, simple, and straightforward.

On the mobile app, the left-side panel includes these tabs: Wanna Read, Reading, My Bookshelves, and Subscribe. Below them are Featured, Free Books, and Categories.

The Wanna Read section contains all the ebooks that you marked as favorite. The Reading and My Bookshelves sections are pretty much self-explanatory. Also, when you create a bookshelf, there’s an option to make it private, so anyone following you won’t be able to see the ebooks you’re not proud showing.

Speaking of following, 24symbols feels like a social media and a reading app — a mishmash of Goodreads and Scribd. When you click on My Bookshelves, it shows a link to your profile where you can see the Followers and Following tabs. In addition to that, when you view a book, you can see how many liked it, viewed it, or commented on it.

If you’re multilingual, it’s easy to switch languages. You can do it in the Settings icon on the upper left corner of the mobile app. It only shows three languages at first: English, Spanish, and German. And when you click on Other Languages, it shows these: Afrikaans, Bosnian, Catalan, Danish, Basque, French, Irish, Croatian, Italian, Dutch, Portuguese, Swedish, Turkish, Latin, Arabic, Chinese, Greek, Russian, Serbian, and Ukrainian. If you switch languages and click Featured, the ebooks in your chosen language automatically show up.

Meanwhile on desktop, the Recommendations page shows curated lists from users in which you can follow like a Spotify playlist. Each bookshelf shows the number of ebooks and the number of followers it has.

There’s also this Readers Community page wherein it shows updates from friends, publishers, authors, and categories you follow. This is where you can watch out for new releases — the news feed of 24symbols.

As for the reading app, it’s more or less similar to other apps out there. When reading an ebook, you can change font, increase brightness, update font type, switch between light and dark mode, save bookmarks, and control navigation.

What types of books are on 24symbols?

The most popular genres in 24symbols are romance, fantasy, classics, and general fiction. If you’re subscribed, you can choose from a selection of around 30 ebooks in a specific category. Remember, though, that these are backlist titles.

If you’re looking for a specific publisher or author and their available titles, you can check the Bookshelves section. Check each publisher/author page, as not all ebooks show up on the front page. I’ve discovered that this is the best way to search for something to read in 24symbols. I wouldn’t have even known that Sarah J. Maas’s A Court of Thorns and Roses series and (former Book Riot contributor) Eric Smith’s Branded are available here without doing some digging.

The 24symbols team also does a weekly roundup of books that caught their attention: “The Best Books of the Moment.” It’s a great place to start if you want to explore 24symbols.

24symbols is not free. You have to pay a monthly subscription of $8.99, which allows you access to its catalog of more than 500,000 ebooks in 11 languages, and to listen to one audiobook per month.

It, however, offers “free” ebooks, but the caveat is you can only read their first few pages. Technically, it’s not free, and 24symbols should call it what it is — a preview. You can find these in the Free Books page, which contains a mix and match of all genres.

If you want to do some gift giving, 24symbols also sells gift codes. When you buy one, which costs $27, it allows you three months of access to its catalog.

24symbols is similar to Scribd: They are both ebook and audiobook subscription services that charge $8.99 per month. They both have apps in different platforms. 24symbols has 500,000+ ebooks in 11 languages while Scribd has approximately the same number of titles.

The differences are in their catalogs. 24symbols’s ebooks are aimed at a European audience while Scribd’s catalog is targeted toward American readers.

In 2020, Scribd started offering magazines as part of its subscription. 24symbols doesn’t have magazine issues in its catalog.

24symbols doesn’t offer a free trial, so it’s really difficult to see whether you’d like it or not.

The company’s support team is also underwhelming, per my experience. For this 24symbols review, I repeatedly reached out to its support team for press-related material. I also went as far as reaching out to its employees on LinkedIn, but didn’t get any response.

As for its catalog, while an audiobook is included in the subscription, the selection is so scant. There isn’t much to look at aside from classics.

I honestly can’t find anything I would like here aside from some classic poetry ebooks. But you and I are different kinds of readers, so maybe you would find 24symbols to be a great service.

Though 24symbols is a decent Scribd alternative, it’s not really “Spotify for books.”

When you subscribe to Spotify, there are no limits to how much you can listen. Spotify’s catalog is extensive as well. When it comes to 24symbols, however, there’s no wide array of choices, and you only get one audiobook per month throughout a whole month of subscription. But then again, music and ebooks are apples and oranges, and it’s not fair to compare one format of media to another.

Still, it’s not fitting to call it “Spotify” and tell readers to “read (or listen to!) whatever book you want” because that’s simply not the case.

24symbols is for casual readers who are not looking for anything specific; it’s a great service for those who just want to read whatever is available. But for voracious readers who want the latest releases, this one’s a skip.

For more on reading apps, here’s a guide to free ones, as well as a StoryGraph review.