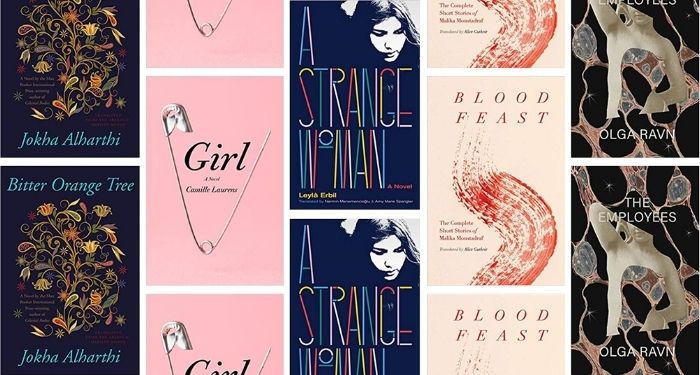 I’m so excited about all the wonderful forthcoming 2022 books in translation! I’ve had a grand time searching for the most interesting, most exciting, most noteworthy books coming out this year. These are all books I haven’t yet read but am excited about and adding to my TBR. The list below includes 24 books that are (mostly) from the first half of the year, since that’s the information I was able to find. Keep an eye out for information on fall 2022 books in translation later this year.

As usual for translations, most of these books come from small presses. Small, independent publishers are truly doing great work when it comes to finding and publishing exciting new books. Or, in some cases, they do the important work of putting older books back into print. If you love books in translation, make sure to do what you can to support small presses!

Below you will find books from 17 different presses, 16 of them independent ones. You will find books by authors from Denmark, Poland, China, Japan, Morocco, Ecuador, Mexico, Turkey, Spain, Argentina, Chile, Lebanon, South Korea, France, Belgium, Oman, Brazil, and Sweden. The list of mostly made up of novels, but I’ve included four works of nonfiction and two story collections as well.

Take a look at the list and see what 2022 books in translation you might want to pick up! 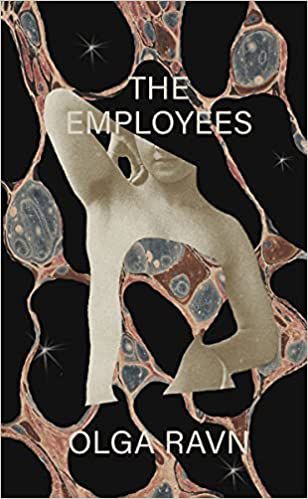 The Employees: A Workplace Novel of the 22nd Century by Olga Ravn, Translated by Martin Aitken (New Directions, February 1)

This novel was shortlisted for the International Booker Prize in 2021. It’s an existential science fiction novel about work in late capitalism, set on a space ship, where humans and humanoids complain about the daily reality of the workplace.

This is a nearly 1,000-page novel by the author of Drive Your Plow Over the Bones of the Dead. Set in 18th century Europe, The Books of Jacob tells the story of the rise and fall of the charismatic religious leader Jacob Frank, who is based on a controversial historical figure.

This book is the only memoir currently available about reeducation camps by a Uyghur woman. Gulbahar Haitiwaji spend two years in camps after visiting China in 2017. She endured interrogations, hunger, and torture, and tells her story after her escape with the help of family and the French foreign ministry.

This novel by the author of Territory of Light was originally published in 1980, fell out of print in English, and is now being reissued. It’s set in 1970s Japan and tells the story of a single mother. The novel explores the protagonist’s experiences of early motherhood and her quest to find her place in the world as her child grows older. 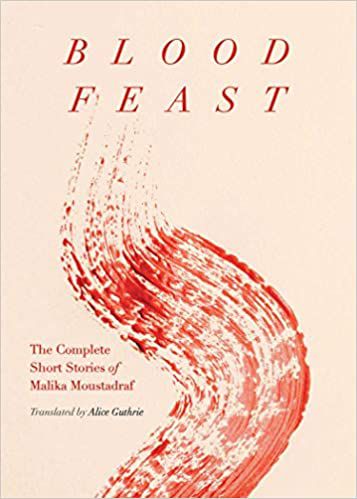 This book collects the short stories of Malika Moustadraf, a feminist icon in Morocco, who lived from 1969 to 2006. She was known for her writing on gender and sexuality. These stories explore the body, class, illness, desire, life on the margins, and more.

Jawbone, from Ecuadorean writer Mónica Ojeda, explores female relationships through the lens of the horror novel. It tells the story of Fernanda and Annelise, two very close friends, and their teacher, Miss Clara. It’s a story of adolescence, obsession, violence, love, and pop culture.

Scattered All Over the Earth by Yoko Tawada, Translated by Margaret Mitsutani (New Directions, March 1)

This novel is dystopian futuristic climate fiction, but also cheerful in tone. It describes an ever-growing group of friends who travel around Europe exploring languages and learning about themselves and each other. It’s a novel about, among other things, the power of community.

Set in and around a luxury housing complex, Paradais tells the story of two teenaged boys acting out on their unhappiness with their lives. Like Melchor’s earlier novel Hurricane, this one explores violence, racism, and classism in contemporary Mexico. 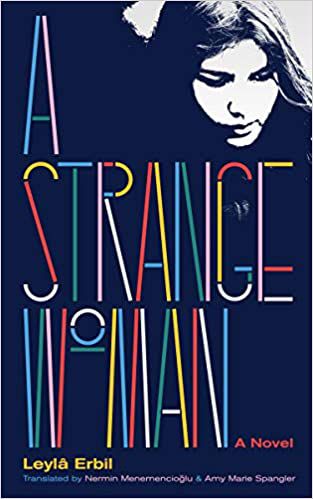 Leylâ Erbil lived from 1931 to 2013 and was the first Turkish woman to be nominated for a Nobel. Her novel A Strange Woman, published in 1971, is an important feminist landmark. It tells the story of Nermin, a woman who struggles to be an intellectual in a resistant society.

This novel begins with Domènec walking on a mountainside. A storm comes, he gets hit by lightning, and dies. It’s a novel about tragedy and loss within one family, and also about the land and everything that lives in and on it.

Like Gainza’s earlier book Optic Nerve, this new one dives into the world of art. This time Gainza has written a kind of detective novel that also meditates on the nature of art and authenticity. It tells the story of a legendary art forger and the art critic/auction house employee who tries to uncover her identity.

After her novel The Remainder, a finalist for the International Booker prize, Alia Trabucco Zerán is now publishing a work of true crime. When Women Kill explores four homicides committed by Chilean women during the twentieth century. Trabucco Zerán looks at violence, gender, and transgression. 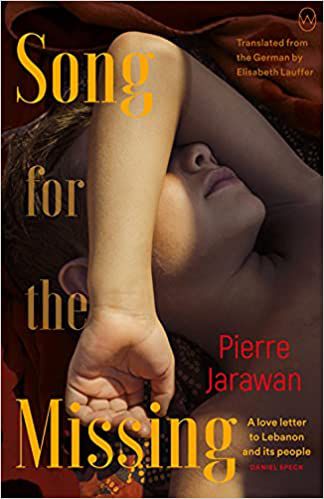 Song for the Missing takes place in 2011 in Beirut in the midst of the Arab Spring. With unrest occurring around him, Amin writes down memories of Lebanon. This is a novel of friendship, loss, and secrets, with insights into the present and past of the Middle East.

Diamela Eltit is a well-known Chilean author. This novel tells the story of two revolutionaries dealing with the loss of their ideals and the loss of a child. It’s a story about everyday working class life and an exploration of family and political action.

At the Edge of the Woods by Masatsugu Ono, Translated by Juliet Winters Carpenter (Two Lines Press, April 12)

This novel tells the story of a family who moves into a house near the woods. Then strange things begin happening. The eerie woods, inexplicable occurrences, and grim news on the television add up to an unsettling, eerie novel of alienation and catastrophe.

Violets tells the story of San, who works in a flower shop in Seoul. During one summer, she meets a wide range of people and becomes obsessed with a photographer. The novel explores desire, violence, and misogyny through one woman’s search for autonomy. 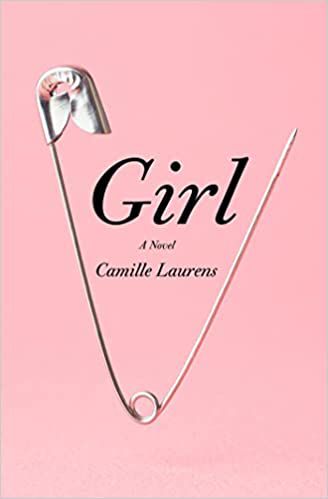 This novel tells the story of Laurence Barraqué, a French girl, born in 1959. She struggles with her place in a society that sees girls as inferior to boys, first as a girl herself and then as a mother of a daughter. It’s a biographical novel about the lessons we pass down to the next generation.

I Who Have Never Known Men by Jacqueline Harpman, Translated by Ros Schwartz (Transit Books, April 26)

Belgian writer Jacqueline Harpman lived from 1929 to 2012. This reissue brings her novel back into print for the first time since 1997. It’s a post-apocalyptic tale about 39 women imprisoned in a cave underground and the 40th woman who can rescue them.

Linea Nigra: An Essay on Pregnancy and Earthquakes by Jazmina Berrera, Translated by Christina MacSweeney (Two Lines Press, May 3)

This nonfiction book explores pregnancy, birth, early motherhood, and the mysteries of the body. It’s also a philosophical book that draws on artists and writers as it contemplates its subject. It makes an impassioned case for more books on pregnancy and motherhood.

All the Lovers in the Night by Mieko Kawakami, Translated by Sam Bett and David Boyd (Europa Editions, May 3)

From the author of Breasts and Eggs, this new novel tells the story of a woman who wants to change her life. A copy editor in her 30s, Fuyuko Irie lives in isolation in Tokyo. Her decision to make changes brings painful memories from the past. 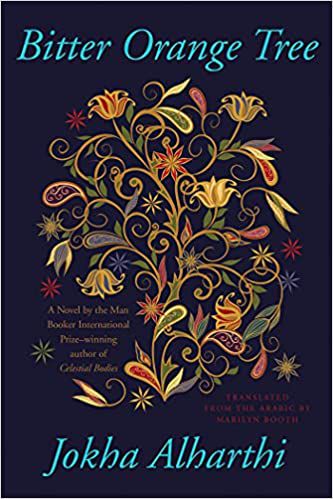 Jokha Alharthi’s earlier novel Celestial Bodies won the International Booker Prize. This new novel tells the story of Zuhour, an Omani student in Britain, as she attempts to build a life for herself there. It also looks back to the story of Bint Amir, a woman Zuhour had always thought of as her grandmother.

The Life and Death of a Minke Whale in the Amazon by Fábio Zuker, Translated by Ezra Fitz (Milkweed Editions, May 10)

This collection of journalistic essays tell stories of life in the rain forest and indigenous resistance to environmental destruction. The book explores deforestation, wildfires, climate change, environmental justice, and more.

Bad Handwriting is a collection of stories by the author of Four by Four. The stories explore psychological states, looking at guilt, rebellion, power, abandonment, and loneliness. Many of them are about the complexities of childhood and adolescence.

This novel tells the story of a Swedish writer who travels to Madrid on a three-month stipend. There, she meets a man with an astonishing story. Hearing this story begins an adventure through underground society and leads to an important moment of decision.

2022 promises to be a stellar year for translations. If these look appealing to you, add them to your TBR and maybe even preorder them!