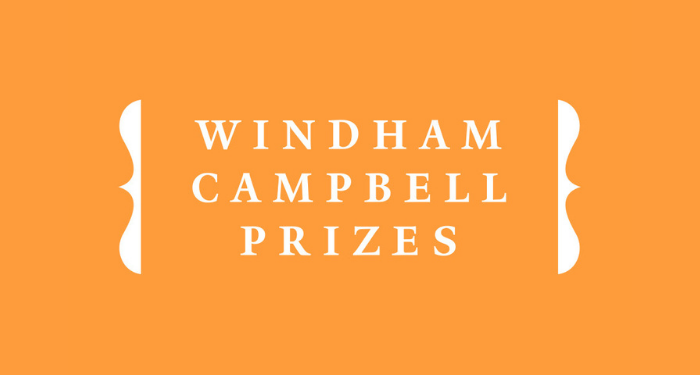 The winners of the 2021 Windham-Campbell Prizes were announced last week to much excitement and acclaim. Recognizing exceptional literary achievement, the prize is awarded annually to eight authors writing in English anywhere in the world in four categories: fiction, nonfiction, poetry, and drama. It is among the world’s most generous literary prizes — administered by Yale University’s Beinecke Rare Book and Manuscript Library — with recipients receiving $165,000 to support their work.

Michael Kelleher, director of the Windham-Campbell Prizes, commented on this year’s award recipients, writing: “Through original and intensely moving work that challenges what we think we know about genre and style, these extraordinary writers cast a forensic eye on the issues that make us human: our identity, our history, our cultural and political experiences.”

Prize recipients are nominated confidentially and judged anonymously, so until they receive the call that they’ve won the award, recipients do not know that they’ve been considered. This year’s recipients responded to the news with a mixture of shock and awe. Poet Natalie Scenters-Zapico describes the moment, “When I got the news…I nearly broke down in tears on the video call. I kept waiting for the moment they would look at their files and realize they had contacted the wrong person. I can only continue to work to pay this honor forward to my literary and border communities.”

Nonfiction recipient Vivian Gornick is a revered memoirist, essayist, and literary critic. She is known for her early reporting on the feminist movement in 1970s New York City for The Village Voice and other publications and her memoirs, notably her 1987 memoir of her mother and her childhood in the Bronx, Fierce Attachments. “In her landmark criticism and frank, elegiac, often ruefully funny memoirs, Vivian Gornick asks us to connect the ways in which we think, write, and love, drawing from her feminism, intellectual clarity, and radical awareness of a personal story’s capacity to enlarge us all.”

Kate Briggs is a writer and translator — the first translator to win the award. She has translated Roland Barthes and Michel Foucault, among others. Her acclaimed debut This Little Art “explores the intricacies of translation and narrative structure in revelatory, provocative ways,” in the words of the judges and “pushes at the formal boundaries of the literary essay in witty, speculative prose.” In response to the news, she described the award as “the most unexpected gift of freedom and permission. For it to come at this stage in my writing and translating life, when I feel like I am (still) only just beginning, is extraordinary.”

Dionne Brand is a novelist, poet, and essayist. She was born in Guayaguayare, Trinidad and moved to Toronto in 1970. She is an important figure in both world and Canadian literature, serving as the third Poet Laureate of Toronto and winning many of Canada’s highest literary honors, including the Governor General’s Award for Poetry, the Griffin Poetry Prize, and the Toronto Book Award, among others. “With genre-bending explorations of narrative form, Dionne Brand honors the complexities of diasporic experience, gracefully bringing to life the fundamental relationship between politics, aesthetics, and love.”

Renee Gladman is the author of numerous books of fiction, nonfiction, and poetry but is most known for her critically acclaimed Ravicka novels published by Dorothy, A Publishing Project. The novels include Event Factory, The Ravickians, Ana Patova Crosses a Bridge, and Houses of Ravicka. She is also a visual artist and has published two art monographs, One Long Black Sentence, indexed by Fred Moten, and Prose Architectures. “Aesthetically precise and formally daring, Renee Gladman sets us adrift in the country of her imagination, challenging us to puzzle out fluency, space, and meaning along the way.”

Canisia Lubrin is the author of two critically acclaimed collections of poetry, Voodoo Hypothesis and The Dyzgraphxst. The judges write, “Bursting beyond the confines of legibility and the individual, Canisia Lubrin summons up oceans, languages, and the self, the other, and the first-person plural, into a generous baroque project of anti-colonial plenitude.” In response to the news Lubrin wrote, “It is impossible to express…what being in such company during such a catastrophic time, will make possible. This invitation to trust even more deeply, the potential of the not-yet-written is transformative…I will face the world and these alphabets tomorrow and the day after with renewed vigor.”

Poet Natalie Scenters-Zapico is from the sister cities of El Paso, Texas and Ciudad Juárez, Chihuahua, Mexico. In her poetry collections The Verging Cities and Lima::Limon she explores this territory between the United States and Mexico and her “poems transform the violence of gender and cultural stereotypes into songs of resistance, resilience, and lyrical grace.” She plans to donate part of the award money to organizations that help undocumented immigrants in detention centers.

A playwright of numerous critically acclaimed plays that explore Black identity in American and in the African diaspora, including The Refuge Plays, The Wind and the Breeze, Dontrell Who Kissed the Sea, and Nat Turner in Jerusalem. He is currently a Lecturer in Theater and Berlind Playwright-in-Residence at Princeton University. “Nathan Alan Davis is an artist whose work fuses depth of feeling and love of language, balancing the profound, the prosaic, and an overwhelming desire to reach through the fourth wall and pull his audiences towards him.”

A playwright, composer, and lyricist, Michael R. Jackson is the first prize recipient to write musical theatre. His most recent projects include White Girl in Danger and A Strange Loop, which won the 2020 Pulitzer Prize for Drama. He has also won a Lambda Literary Award for Drama, a Helen Merrill Award for Playwriting, and a Whiting Award. “By clothing bracing and irreverent truths in song and wit, Michael R. Jackson lifts us into worlds more vibrant and malleable than any we inhabit from day to day, infusing musical theater’s capacity to liberate with a fierce, joyful transgression.”

Administered by Yale University’s Beinecke Rare Book & Manuscript Library, the Windham-Campbell Prize was the dream of partners Donald Windham and Sandy M. Campbell. The literary couple had often discussed creating an award to highlight literary achievement and provide writers with the opportunity to focus on their work independent of financial concerns. When Campbell died unexpectedly in 1988, Windham took on the responsibility for making their dream a reality. The first prizes were announced in 2013. Past recipients of the prize include Yiyun Li, Namwali Serpell, Rebecca Solnit, Cathy Park Hong, and Teju Cole, among others.