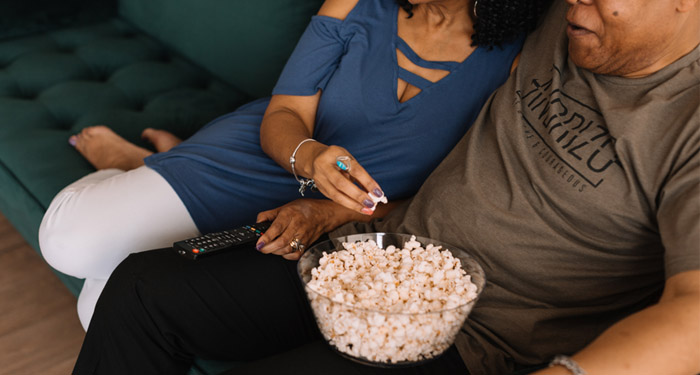 By this point in social distancing (April 2020), you’ve probably already re-watched and reread your favorites and discovered new TV and movies on streaming. As Josh Jackson wrote at Paste, streaming subscription and rental fees can add up. You might not know that you can stream movies and TV legally and free on sites like IMDB, Crackle, Pluto TV, Tubi, and Popcornflix. These sites may have limited catalogs, ads, or require email registration. Altogether, they add up to an impressive collection of high-quality, free entertainment that’s easy to overlook. As of this writing on 4/19, all of these movies are free on at least one of these platforms.

The Illusionist is loosely based on the short story “Eisenheim the Illusionist” from Steven Millhauser’s book The Barnum Museum. Set in 19th century Vienna, it’s a compelling movie that combines mystery, romance, and Spiritualism.

While renting or buying Greta Gerwig’s excellent 2019 adaptation is worthwhile, for a more traditional, linear interpretation of Alcott’s novel, you can watch the 1994 version for free. Both movies have stellar casts and gorgeous scenes of Concord, Massachusetts.

The Remains of the Day (Crackle)

This adaptation of Kazuo Ishiguro’s Booker Prize–winning novel stars Anthony Hopkins and Emma Thompson in two of their best roles. The film does an excellent job in capturing the novel’s unique setting, atmosphere, and characters. Stevens (Hopkins) is a butler in an English country estate and the book’s unreliable, complex, first-person narrator.

Kenneth Branagh’s adaptation of Mary Shelley’s classic novel was controversial when it was released in 1994. It has an amazing cast, including Robert De Niro as the Monster, but makes many changes from the text. It’s worth watching for the performances, settings, and to contrast or compare with the book.

Lion is based on Saroo Brierley’s memoir, A Long Way Home. When he was five years old, he became accidentally separated from his family in India and eventually adopted by an Australian family. Dev Patel plays Saroo as an adult, who was determined to find his biological family.

This adaptation of Elizabeth Gilbert’s memoir follows her travels to Italy, India, and Indonesia. The movie received mixed reviews but is worth watching for the performances, locations, and soundtrack.

The Other Boleyn Girl (Pluto)

This is the 2008 movie version of Philippa Gregory’s historical novel. It has an excellent cast and fictionalizes the lives of Henry VIII and Mary and Anne Boleyn. It takes a lot of historical liberties but is engaging.

This 2009 movie, adapted from Lynn Barber‘s memoir, has a powerful lead performance from Carey Mulligan. She plays a high school student in 1961 London who is preyed on by an older man. We can see why she finds David (Peter Saarsgaard) charming and why she seems traumatized and depressed by the end of the movie.

Based on a novel by Māori author Witi Ihimaera, this movie tells the story of a 12-year-old Māori girl who wants to become the first female chief. The New Zealand/German family film was Keisha Castle-Hughes’s film debut.

It might seem odd to watch the third Twilight movie out of sequence, but this free streaming and live TV app recently showed other movies from Stephenie Meyer’s series. If you also have cable, the other Twilight movies play on MTV and Freeform frequently.

This influential sci-fi anime series, based on Masamune Shirow’s manga, is free to stream on YouTube.

The End of the Affair (Crackle)

This is a passionate, artistically directed adaptation of Graham Greene’s novel, starring Ralph Fiennes and Julianne Moore. Fiennes is a novelist looking back at his affair, which began during World War II. The book and movie raise urgent questions about love, belief, and fate.

This is a magical adaptation of Frances Hodgson Burnett’s classic novel and a favorite from my childhood. It’s a timeless story about friendship, family, imagination, and feeling excluded.