February sees a crop of love-themed books make their way across the pond, but if that’s not what you’re into, fear not! There is some hard-hitting fiction and memoir, too. 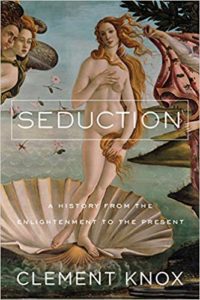 Seduction: A History From the Enlightenment to the Present, by Clement Knox (Pegasus Books, February 4)

It’s February, so maybe you’re in the mood for this: an exploration of the “shifting cultural mores of courtship”. The Garden of Eden, Georgian London, the Jazz Age, the fight for women’s rights, online dating: it’s all here. From The Odyssey to #MeToo, Knox looks at the romance, cultural, and political implications of seduction. 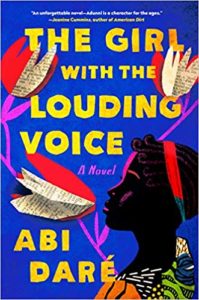 The Girl with the Louding Voice by Abi Daré (Dutton, February 4)

Abi Daré grew up in Nigeria, and her childhood there inspired this novel. It tells the story of Adunni, who desperately wants an education but instead is sold into marriage to a man much older than her who is desperate for a son. After she runs away into servitude to a wealthy family, she learns to speak up for herself and others.  This book won the prestigious Bath Novel Award for unpublished writers, and its author received a Distinction for her MA in Creative Writing from Birkbeck University of London. 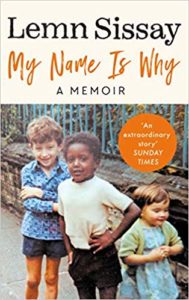 My Name is Why: A Memoir by Lemn Sissay (Canongate Books, February 4)

Imagine being 17 and finding out that your name wasn’t the name you’d been given your whole life. That despite your years with a foster family and then in care homes, your biological mother was alive and well and had desperately wanted you back. Lemn Sissay was the official poet of the London Olympics in 2012, so expect lyricism, beautiful writing, and powerful words in this memoir. 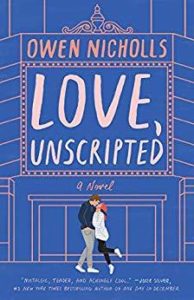 Ellie and Nick met in London in 2008 as they awaited the results of the U.S. election. They had the perfect relationship – they were basically Meg Ryan and Tom Hanks. So, four years later, why has Ellie gone? This novel traces film-obsessed Nick and his effort to figure out what went wrong for the two of them. If you liked the film Yesterday (much underrated, in my opinion, and not just because I grew up in the town it’s set in), I highly recommend you pick up this book. 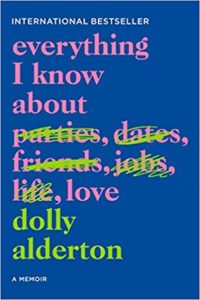 Everything I Know About Love by Dolly Alderton (Harper, February 25)

Quite frankly, it was high time this memoir made its way across the pond. Dolly Alderton is one half of the excellent and very popular podcast The High Low, which covers news and culture (both high and low, hence the name). She’s also a successful journalist, but she didn’t always have her life together. This is the story of her somewhat wild 20s and how her friendships saved and helped redeem her. I’m never really sure about memoirs written by people younger than, say, 40, but this one is worth your time, in part because it has a really satisfying narrative arc – watching young, lost Dolly find her way and learn about what’s really important in life is very moving.  It also has a fun structure: essays about various stages of her life are mixed with recipes, lists of what Dolly knew about love at different ages, satirical emails about the realities of being a young woman, and more. It’s firmly anchored in British culture but the themes are universal.  By turns touching, sad, and funny, it’s really insightful and well written. Highly recommended.