The Caine Prize for African Writing is one of the world’s major short story prizes. The prize is for a published short story, between 3,000 and 10,000 words, by an African writer. The winner takes £10,000 while each shortlistee is also to receive £500 and travel expenses to the awards dinner.

The dinner, initially scheduled for June 23, has been postponed in light of coronavirus shutdowns. No substitute event has yet been planned.

In the meantime, the five shortlisted authors and their stories. Here, in reverse alphabetical order: 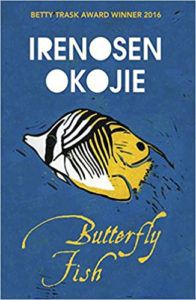 Nigerian British writer Irenosen Okojie was born in Nigeria and moved to England when she was eight. She worked as a freelancer and arts project manager, and her first novel, Butterfly Fish, came out in 2016. That year, it won a Betty Trask Award.

I first came across her work when her brilliantly weird short-story collection, Speak Gigantular, was shortlisted for the Jhalak Prize. The collection is populated by ghosts, a bank robber in a chicken costume, and depths of human emotion. Okojie is a master of short-story world-building, remaking the universe anew over and over. Her latest collection, Nudibranch, came out at the end of 2019. In it, she gives us more time travel, oddball monks, and circus performers.

She’s had a story in The Year’s Best Weird Fiction. And indeed, her stories are weird in the best way. 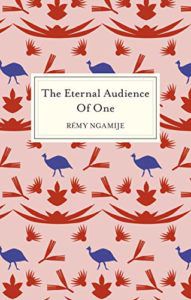 Ngamije is a Rwandan-born Namibian writer and photographer (he also has crafted a beautiful Bookstagram). His debut novel, The Eternal Audience of One, follows a restless young man who moves from Rwanda to Namibia to Cape Town, South Africa. And he’s the editor-in-chief of the Namibian literary magazine Doek! 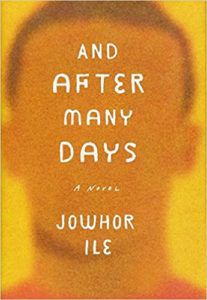 Nigeria novelist Jowhor Ile was born in 1980, and he won the prestigious Etisalat Prize for his first novel, And After Many Days. The $15,000 Etisalat Prize for Literature was an award for the best debut book of fiction by an African.

Ile earned an MFA at Boston University. Currently, he’s a visiting professor at West Virginia University. He also has a compelling bookstagram.

The late Binyavanga Wainaina said of Ile’s first novel, “Jowhor Ile is a rare talent. This rich book is ripe with mood and full of love, masterfully written with the perfect emotional pitch. Nigeria has a new star.”

Emelumadu moved from Nottinghamshire to Nigeria as a child. Judges selected her short story “Bush Baby” for the Caine Prize in 2017.

Judges have also picked her stories for the shortlists of the Shirley Jackson Awards (2015) and the Nommo award (2020). In 2019, she won the inaugural Curtis Brown First Novel prize for Dazzling.

In a 2017 interview with Wasafiri, Emelumadu answered a question about where she writes:

“I tend to find little niches for myself wherever I am. In our London flat it was an armchair in the living room and in America, it is my basement study. In Nigeria I mostly snuck about writing bits and bobs on scraps of paper but now that it is all out in the open, I will write on a desk in my old room in my parents’ house. My cousin made me that desk, a padded, immoveable thing made for studying. I miss it.”

Read Emelumadu’s Caine-shortlisted story: “What to do when your child brings home a Mami Wata”

Finally, Erica Sugo Anyadike’s a Tanzanian writer. She has lived in Botswana, Zimbabwe, and South Africa, and she currently resides in Kenya. She also works as a screenwriter. Alongside short stories, she also makes short films. In 2019, judges shortlisted her story “How to Marry an African President” for the Commonwealth Short Story Prize and for the Queen Mary Wasafiri Writing Prize.

She’s currently at work on her first novel, All the Real Girls.

Read Anyadike’s Caine-shortlisted story: “How to Marry An African President”