This giveaway is sponsored by Open Borders: The Science and Ethics of Immigration by Bryan Caplan and Zach Weinersmith with First Second. 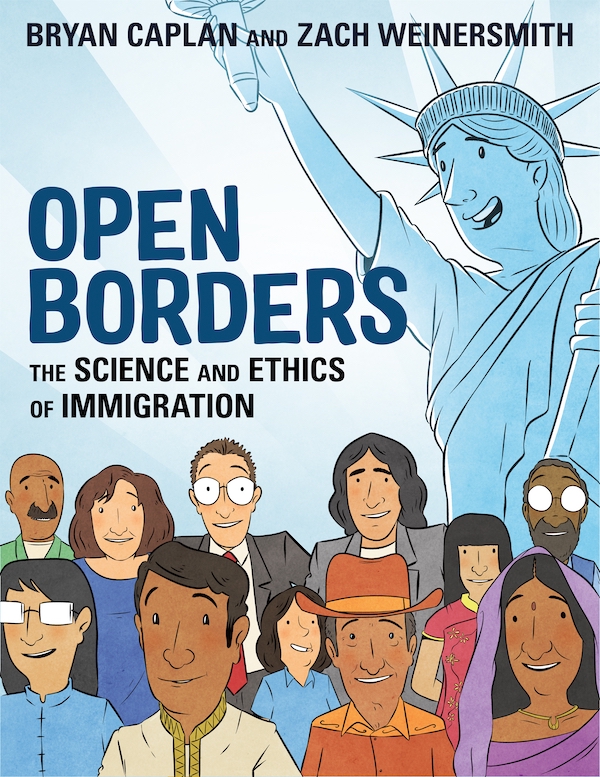 American policy-makers have long been locked in a battle over whether, how many, and what kind of immigrants to allow to live and work in the country. Economist Bryan Caplan adds a new perspective to the immigration debate, arguing that opening all borders could eliminate absolute poverty worldwide and usher in a booming worldwide economy—greatly benefiting humanity. With a clear and conversational tone, exhaustive research, and vibrant illustrations by Zach Weinersmith, Open Borders makes the case for unrestricted immigration easy to follow and hard to deny.

We’re giving away five copies of Open Borders: The Science and Ethics of Immigration by Bryan Caplan and Zach Weinersmith! This sweepstakes is open to residents of the United States (excluding Puerto Rico and all other U.S. territories). Entries will be accepted until 11:45 pm, October 31, 2019. Winner will be randomly selected. Complete rules and eligibility requirements available here.

Shucks, this giveaway is closed! Check out our other giveaways here, or subscribe to our giveaways newsletter to be notified about future giveaways.