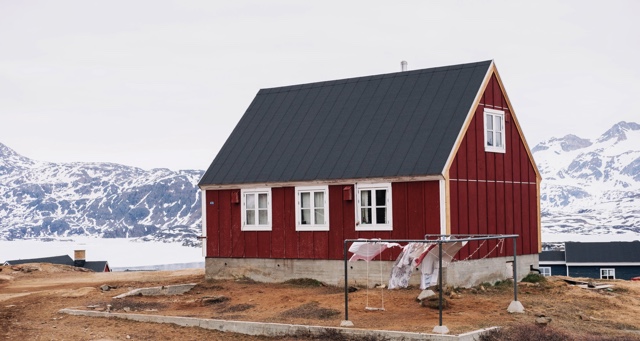 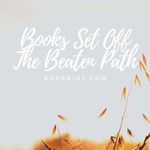 I’ve always loved reading books set in remote locations. There’s something about characters living on small islands, in isolated communities, and in other far-flung locations that activates all of my escape fantasies. Isn’t it fun to imagine living alone on a tiny island or in an unusual place few people visit? (I am sure the reality is quite different and much less romantic.) If you, too, enjoy dreaming about escaping it all, here’s a book list for you: must-read books set in remote locations, far off the beaten path. 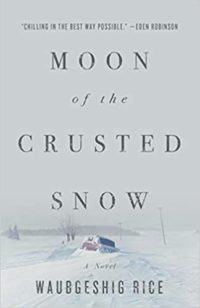 This post-apocalyptic thriller by Anishinaabe writer Waubgeshig Rice is set in a community uniquely positioned to survive the collapse of human society: a remote Indigenous community in northern Canada. Though not everyone in the community is skilled at living off the land, our protagonist, Evan, and his family are practiced hunters and know how to conserve resources. With no word from the south about what’s happened, all the community has to go on is the loss of their satellite signal and, later, power. What’s happening in the broader world remains a mystery as this tight-knit community rations food and takes care of one another—until, that is, people fleeing chaos in the south arrive, driving a rift through the community that may threaten everyone’s survival.

It’s hard to imagine a more remote place than Antarctica, where this darkly funny novel by Ashley Shelby is set. Painter Cooper Gosling is accepted into a residency program for artists and writers at South Pole Station, a scientific research station in Antarctica. Adrift and shaken by a family tragedy, Cooper encounters a group of misfits at the station. There’s the world-weary cook, an intriguing astrophysicist, and the station manager who’s seen it all. When a climate change denying scientist, who claims he’s there to do real research, enters the fray, the close-knit community is thrown into upheaval.

Before Hanya Yanagihara ruined everyone forever with A Little Life, she wrote this novel about an expedition to a remote island in Micronesia. It’s 1950, and Dr. Norton Perina has joined an anthropology expedition searching for a “lost” tribe on the island of Ivu’ivu. When they find the tribe, Perina observes that their legendary lifespan may be due to the particular species of turtle they consume. Naturally, he smuggles one back to the United States, where he realizes the truth behind their longevity…and things spiral out of control.

Greenland appears as a setting three times on this list—its isolated location and landscape have appeared in fiction for thousands of years, starting with the Viking sagas. (Though it is not for sale and is also the traditional territory of Greenlandic Inuit). Jane Smiley sets this saga-like novel during the 14th century, when Norse settlers first attempted to colonize the island. Years later, their settlements had disappeared, and that knowledge hangs over the narrative like a poignant reminder of the limits of human survival. The far-flung landscape forms a stark but beautiful backdrop to the story of two neighboring families embroiled in a years-long feud, punctuated by deaths, births, weddings, harsh winters, and welcome springs. 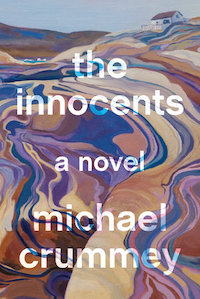 The Innocents by Michael Crummey

From Greenland, we move south to rural Newfoundland. When a brother and sister are orphaned in an isolated cove, the only home they’ve ever known, they cling fiercely together to survive. Scrabbling for sustenance from the rocky shore and threatening ocean, they somehow manage to survive. But their bond will be tested  as they grow older. (Publishing at the end of this month in Canada, The Innocents comes out in November in the United States and is now available for preorder.)

Ever heard of Bleaker Island? It’s a tiny island in the Falklands, uninhabited except for a guest house. And that guest house is where Nell Stevens chooses to go when she’s granted a writing fellowship she can choose to spend anywhere in the world. Surely, with all that solitude, she’ll manage to finish her novel, she thinks. It’s a Dickensian-inspired novel, so even the name of the island fits. But as Stevens reveals in this funny, candid memoir, all that solitude does change a person. Surviving on 1100 calories a day (all she could bring in her luggage) and stymied by a bad internet connection and memories of what she left behind, she finds that she traveled all that way only to come face-to-face with herself.

The Alaskan Laundry by Brendan Jones

On “The Rock”, an Alaskan island, life revolves around fishing and the change of seasons. Tara Marconi arrives to make a life for herself, feeling lost after her mother’s death. Starting at the bottom as a hatchery assistant, Tara works her way up, eventually buying an old tugboat that she knows she can make her own. Along the way, she learns how a place as singular as this remote island can change a person for good.

Back to Greenland for a unique memoir. Born in Togo, Tété-Michel Kpomassie first encountered Greenland in a book and found it fascinating. Over years, he finally makes his way there, recording his impressions, including his friendships with Inuit locals, in this entertaining, fascinating travel memoir. 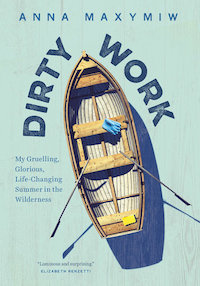 When 23-year-old Anna Maxymiw decided to spend her summer break from her MFA working as a housekeeper at a remote fishing lodge in northern Ontario, she didn’t know it would change her life. Accessible only by float plane, the lodge is located in the thick boreal forest. Anna’s only companions for the summer will be her fellow housekeepers and the fishing guides. Against a beautiful landscape few get to see, bonds form (and are tested), tension builds, and everyone opens themselves up to new possibilities.

This beautifully written debut novel is set on the Kamchatka Peninsula, an isolated stretch of land at the far eastern edge of Russia. One afternoon, two young sisters go missing. When police leads turn up nothing, the citizens of Kamchatka go back to their everyday lives but continue to grapple with this shocking event. Told in alternating perspectives over the course of the year after the girls’ disappearance, Disappearing Earth connects the lives of a diverse group of characters: a witness, a journalist, a mother, a student.

The Woman in the Dunes by Kōbō Abe

This classic Japanese novel stretches the definition of “books set in remote locations” to include “books set in places that may or may not be real.” After a trip to the beach, a teacher and amateur entomologist finds himself hunkering down for the night in a sand pit. Yes, a sand pit. The local villagers lead him there, to a house that appears between the dunes, accessed by a rope. Only the next day, the rope is gone and he realizes he’s being held hostage. He becomes responsible for shoveling back the sand that threatens the village, his only companion a strange young woman.

The remote northern town where Billie Jean Fontaine shows up one day is an odd place. The townspeople live by strict rules and access to the community is strictly controlled. Billie Jean has never quite fit in, so when she vanishes one night, no one is exactly surprised. But those closest to her do miss her: her teenage daughter, Pony; her husband, The Heavy; her dog; and Supernatural, a teenage boy from whom everyone expects great things. It’s only when all of these narratives come together that we realize what truly happened to Billie Jean. 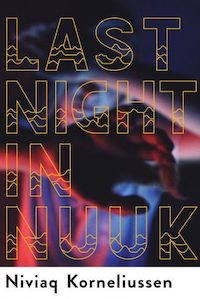 And we’re back in Greenland! Niviaq Korneliussen is one of an up-and-coming generation of Greenlandic writers. In this novel, she explores what it’s like to be young in modern Greenland, weaving together emails, text, and monologues from five different characters. A woman who’s given up on men, her brother, a lesbian couple, and a troubled young woman all learn about growing into the people they were meant to be.

The House at the Edge of Night by Catherine Banner

Castellamare, the island where this novel is set, isn’t exactly remote—it’s off the coast of Italy, and the outside world always finds its way in. But most of the time, the islanders are on their own. Social life centres around the House at the Edge of Night, the town bar run by Amedeo Esposito and his family. Over four generations, as the islanders fight and fall in love and experience both tragedy and joy, their bonds are tested by the turbulent wars and crises going on in the world around them.

When American lit professor Chris Jaynes comes across an unpublished 19th century manuscript, it seems to answer all his questions about Edgar Allan Poe’s strange novel, The Narrative of Arthur Gordon Pym of Nantucket…or at least confirm the existence of Tsalal, a remote island near Antarctica described by Poe as an island of black people “uncorrupted by whiteness”. With an all-black crew, Jaynes sets sail, guided only by an old manuscript. A satirical epic journey results.

The Mongol Derby is often called the world’s longest, toughest horse race. Riders must race ponies across 1,000 kilometres of Mongolian grassland. When she was 19, Lara Prior-Palmer decided to enter. She had no formal training, though most riders spend years preparing. For ten days, battling illness, weather, dehydration, and exhaustion, she got up every morning and set out again. This memoir tells her extraordinary story. 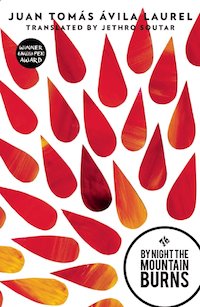 Juan Thomás Ávila is from Equatorial Guinea and this novel is set on an isolated island just off the coast. A foreign fishing vessel gives the islanders gifts in exchange for being found in their waters. But after this, a series of mysterious tragedies strikes the island: a fire, an outbreak of disease, and a shocking act of violence. Desperate to turn around their fate, the islanders decide they must make offerings to the enraged ocean god.

When Ernt Allbright comes home from Vietnam and can’t keep a job, he uproots his family and takes them to Alaska, where they will live off the land. Cora and Leni, his wife and daughter, both looking for a place to belong, follow him willingly enough. At first the remote community they join welcome them. But as winter nears and Cora and Leni face the reality of their situation, living hundreds of miles into the wilderness, they begin to realize that they are on their own.

This is one of my very favorite books set in remote locations. In a Haisla village in British Columbia, far away from the nearest city, Lisamarie has grown up rough and wild, swimming and fishing in the ocean with her beloved Uncle Mick and grandmother Ma-ma-oo. As the novel opens, Lisamarie is in a speedboat searching for her brother Jimmy, feared drowned. As she looks for Jimmy, she recounts her childhood and young adulthood spent learning from her elders and watching her parents struggle to reconcile their Haisla heritage with settler society.

We Went to the Woods by Caite Dolan-Leach

Five twentysomethings try to go off the grid in upstate New York wilderness in this novel by Caite Dolan-Leach. Louisa, whose wealthy family owns what they come to call the Homestead, is in charge. Along for the ride are Beau, Chloe, Jack, and finally Mack, an outsider, who chronicles their story as winter approaches. Stuck together in the woods, the group begins to fracture as the reality of making a life in an isolated location sets in.