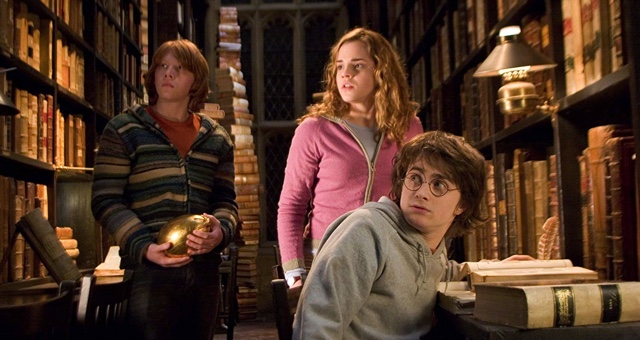 Here’s what we know: Warner Brothers is in the very early stages of developing a Harry Potter prequel television series, which will be available on their upcoming streaming service. The series will occur mostly at Hogwarts and in parts of Europe. It’s supposed to feature a whole new cast of characters.

This isn’t much to go on. While the Harry Potter film franchise already has SO MUCH out there, I can’t help but be excited about a TV series. I tend to like TV adaptations and spinoffs better than movies, and there’s so much history to enjoy in the HP universe. But I do have a demand. Make this diverse. I want to see disabled characters, and they’d better not magic away their disability. I want to see women of color kicking some magic booty. I want to see diverse characters as main characters.

Assuming I get my diverse dream cast, here are some ideas my fellow Rioters and I have brainstormed for the show:

That’s all our ideas for now.

Category ID: 470
Category ID: 480
Category ID: 468
What’s Up in YA? Newsletter
Sign up for What's Up In YA? to receive all things young adult literature.
Thank you for signing up! Keep an eye on your inbox.
By signing up you agree to our Terms of Service

The official release of the WarnerMedia streaming service will be in 2020, but a beta is expected to launch later in 2019. The streaming service is owned by AT&T. While I personally hesitate to sign up for another streaming service, Harry Potter is one of the few series that might convince me to give it a go.