This list of YA books for Asian Pacific American Heritage Month is sponsored by The Lost Coast by Amy Rose Capetta. 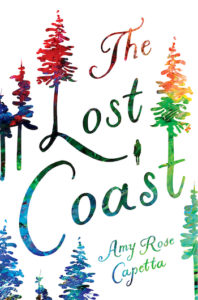 Something is very wrong amid the trees and fog of the Lost Coast, and whatever it is, it can kill. Lush, eerie, and imaginative, Amy Rose Capetta’s tale overflows with the perils and power of discovery — and what it means to find your home, yourself, and your way forward. This spellbinding tale of six queer witches forging their own paths, is shrouded in the mist, magic, and secrets of the ancient California redwoods. 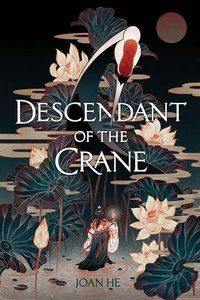 When her father is murdered, Princess Hesina is trust into a role of responsibility, and becomes determined to discover his killer. Desperate for answers, she turns to forbidden magic and a young criminal named Akira to investigate the murder. But the price of justice is steep, especially when the entire kingdom is at stake. This Chinese-inspired fantasy is He’s debut novel. 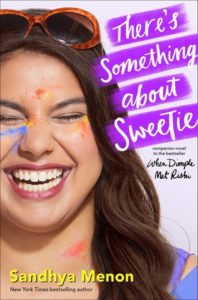 There’s Something About Sweetie by Sandhya Menon

Menon’s third YA romcom is centered around Sweetie, a fat athlete and track star, and Ashish (whom you may remember from When Dimple Met Rishi!), who is heartbroken after a breakup. When their parents set them up, Sweetie wants to prove that she’s more than her weight, and Ashish wants to show his parents that they don’t know everything about him. As they begin to fall for each other, they’ll have to find a way to define themselves without losing each other. 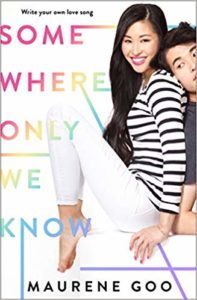 Lucky is a K-pop star on the cusp of a giant new career move that could launch her into international fame. Jack is a tabloid reporter trying to get the perfect scoop and keep his job a secret from his parents. When these two teens collide late one night in a fancy hotel, in search of the perfect hamburger, nothing will ever be the same.

Sign up for What's Up In YA? to receive all things young adult literature.
Thank you for signing up! Keep an eye on your inbox.
By signing up you agree to our Terms of Service
#Young Adult Literature#3 on a ya theme#joan he#Maurene goo#sandhya menon