Few crime writers will argue against the importance of Dashiell Hammett and Raymond Chandler. Their novels and stories are staples in the crime community, their innovative use of language, plot, and deception still resonating with writers and readers alike today. However, the modern private investigator, and any other sort of investigator including police, spies, and so on are evolving. Those who aren’t the physical representation of Hammett and Chandler need not stray far in the genre to find a new breed of top notch writers creating private investigators that build on these classic crime writers and, sometimes, surpass them.

For years now, Laura Lippman’s Tess Monaghan, Alison Gaylin’s Brenna Spector, and most recently Sara Gran’s Claire Dewitt have paved the path for new and astonishing  detectives of all races, sexes, and sexualities—investigators who do not always simply fight crime, but also attempt to understand how justice works, when it fails, and how these issues affect all modern Americans. Claire Dewitt, a book series rumored to have two more installments until the series completion, has developed an intense following, and Gran herself has taken giant steps to show that while Philip Marlowe may fight with gunfire, Dewitt is the woman who takes a bullet, pries it from her body, and continues on with her journey to solving every mystery possible. The self-proclaimed greatest private investigator alive has opened a world for other private investigators. 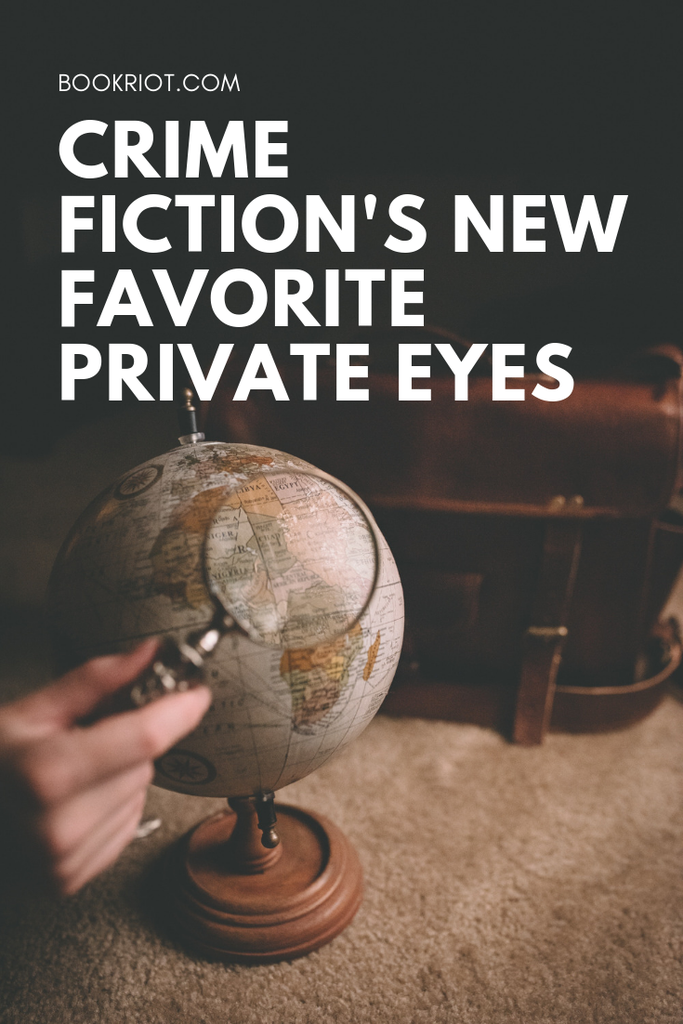 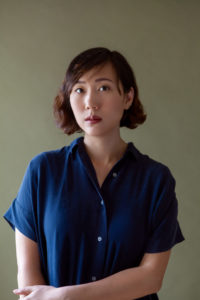 The brilliant Song—and the nearly unrivaled Cha—is the best place to stop. The groundbreaking series by Cha is at once an ode to Chandler as much as it focuses on the needs of women, racial minorities, intense personal and world issues, and what it means to survive again and again. While Song may not be the hardcore and physically resilient Claire Dewitt, she casts a shadow over the rest of crime fiction as the talent to beat. Although Song may be privileged, living with some of the wealthiest people, she is not without her ghosts, the limitations placed on her due to Song’s race and sex, and so many other hurdles placed in her path. Cha’s private investigator is a woman who makes tough decisions, learns to lead a hard, lonely, and oftentimes frightening life, and values the loved ones she holds dear, all while remaining noir to the bone. 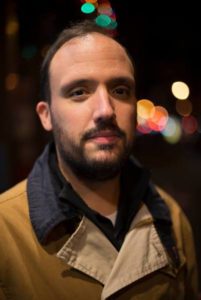 There are authors who find inspiration and light in all of their private investigators, so much they cannot let them go. Segura is brave, having mapped out the series over the course of five books (like Gran’s Dewitt), with the fifth and final book slated for publication later this year. It isn’t just Pete who is noir, but his whole life that is filled with turmoil, desperation, and darkness. Like Song, he reserves the most significant parts of him for protecting the people he loves. Always being dragged back into the pit of noirdom, much like Veronica Mars (the titular character played by Kristen Bell) and Rachel (Shiri Appleby) in UnReal, Pete struggles to keep his head about the water. In the most recently published Blackout, Segura doesn’t settle for Pete wandering down a dark alley. Segura saves the most intense battles for hurricanes of all sorts. With the conclusion of Pete’s saga, fans will have a fully realized series at their disposal, and what a wonder that is. 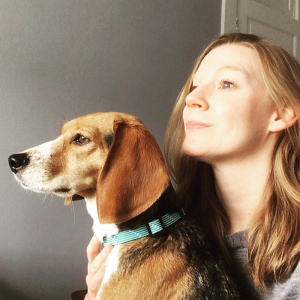 It is not uncommon for extremely talented poets to venture into the crime genre. Crime is dark, but also a genre that permeates all books, creeping into a Toni Morrison novel or Alice Munro story just as it would with the latest Megan Abbott novel. Erica Wright, one of the most gifted poets today, brings as much lyricism into her writing as Chandler might have. Wright has an advantage: she’s younger and has a work ethic and undeniable talent for bringing the truth out in each of the Kat Stone novels. Kat can be wacky or poignant, depending on what page, paragraph, or even sentence you’re reading. Wright has a way to navigate through the books, maintaining her private investigator’s personality, needs, and duty just as she might a well written poem.  The structure in her novels is tight, with Kat a strong and determined woman who lives up to Wight’s potential. Wright, like Cha, is releasing her first standalone, and while readers are ecstatic about a new book from Wright, one can’t keep hoping for more from Kat Stone. 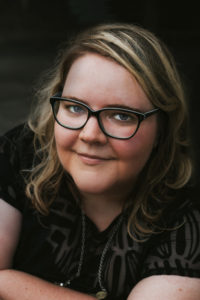 Kristen Lepionka isn’t afraid to take her extremely hard, incredibly smart, and undeniably resilient private investigator Roxane Weary to the limit. Roxane is one of the few openly queer private investigators in the mainstream literary world today, and Lepionka—as well as Roxane—are looking to change that. Lepionka is known as one of the most kind and loving writers around, but don’t let Lepionka’s own personality fool you. Roxane is a force to be reckoned with. With endorsements from Laura Lippman and Sophie Hannah, as well as multiple books already slated for publication, Roxane’s voice, attitude, and determination are qualities readers cannot get enough of. Lepionka is breaking the world just as Roxane deals with broken bones and broken bodies. Stylistically and artistically speaking, her voice and no nonsense attitude may be closest to Chandler’s Marlowe, but Lepionka gives Roxane empathy which shines through any predecessor’s characters. Just as Roxane is destined to solve more mysteries and weather any storm imaginable, Lepionka will likely rise to stardom just as Lippman, Abbott, and multiple other female writers have before her. Readers need not fear—the third Roxane book is coming out this year, and it’s certainly something to preorder and eagerly anticipate, just like the other Roxane Weary novels.

Rebekah Roberts has a voice that leaps off the page, which goes well with every outspoken, intelligent, and determined private investigator. Investigators like Rebekah have to be as resilient and fierce as they are determined and ready to deal with the darkness in the world surrounding them. Rebekah is a one-of-a-kind investigator, gritty and witty all at once. She comes hard and ready, and just like so many other great detectives before her, Rebekah’s first case comes with strings, including a strong connection to Rebekah herself. Dahl writes books which are as alive with energy as they are brilliantly crafted with story and Rebekah’s own voice. Few sleuths catch the reader as immediately as Rebekah, and determined fans hope for more books from Dahl, and new readers will find a safe space in Rebekah’s life, no matter how dark it gets. 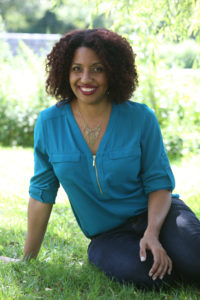 Recently, when speaking with Kellye Garrett, discussion turned to Barbara Neely, one of the greatest mystery authors of all time. Like Neely, Garrett is a black woman paving the way for future crime writers of color. Just as Lepionka champions queer crime writers, Garrett writes one of the fiercest and funniest crime series to date. While her humor is incredibly different from other comical private investigators like the characters in Lisa Lutz’s Spellman Files, Garrett gets all the laughs with her inventive, sparkling heroine Dayne Anderson. In Dayna’s adventures, Garrett manages to avoid vulgar language and over-the-top gore and violence while still maintaining suspense surpassing so many other novels and writers. Garrett, a former television writer, gives back to other writers hoping to make a name for themselves just as Garrett has with her own novels. Dayna is kind, giving, and protective of her loved ones, but she won’t hesitate to obliterate anyone who messes with her or her core group of friends. The cherry on top is not Dayna’s love interest, although Dayna’s romances are worth all the butterflies in your stomach, but instead seeing Dayna in action, as we do at the end of the first novel in one of the most epic crime climaxes yet. Garrett is receiving critical acclaim and every bit is deserved. Readers may have to wait a bit longer than they would like for the next novel chronicling Dayna’s adventures, but the wait is worth it. Garrett is formidable, classy, and full of love.

Needless to say, the world of crime fiction is changing. Everyone including critically acclaimed best-selling novelist—and now television show executive producer—Megan Abbott, has pointed out that crime fiction is now a woman’s world and it is time for the Raymond Chandlers and Dashiell Hammetts to find their own footing. Steph Cha and Alex Segura praise Sara Gran for the Claire Dewitt series, novel after novel building upon this world Gran has created which is as interesting as it is puzzling, and now it is time for Cha, Segura, and other crime writers to step up and let their voices be heard. The crime world’s community is becoming more diverse, and as crime novels evolve, so do their protagonists. As time passes and these private investigators are finally put to rest, there will always be a place for more private investigators, sleuths as determined to solve the mysteries of our world as are their creators and authors. Fortunately for every reader out there, if one has not yet found a private investigator to identify with, this very private investigator is on their way, and the world needs to get ready as each investigator gets closer to solving the mysteries light must be shone upon, some answers needed and others necessary but not always welcome. No solution is an ending, just as few mysteries can be traced back to their beginnings. Not to worry, there’s a PI for that.