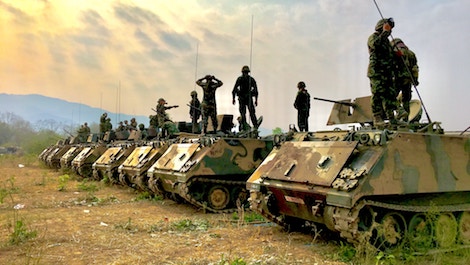 The United States Space Force could be come reality next year, 2020. If you’re wondering what that future would look like, reading up on military science fiction is a great place to start! It’s a sub-genre of sci-fi that focuses on weapons technology, battles, and soldiers’ combat experience.

For some of us, our introduction to military science fiction was required reading of Ender’s Game in middle school. For others, it was popular movies like Pacific Rim or Starship Troopers. 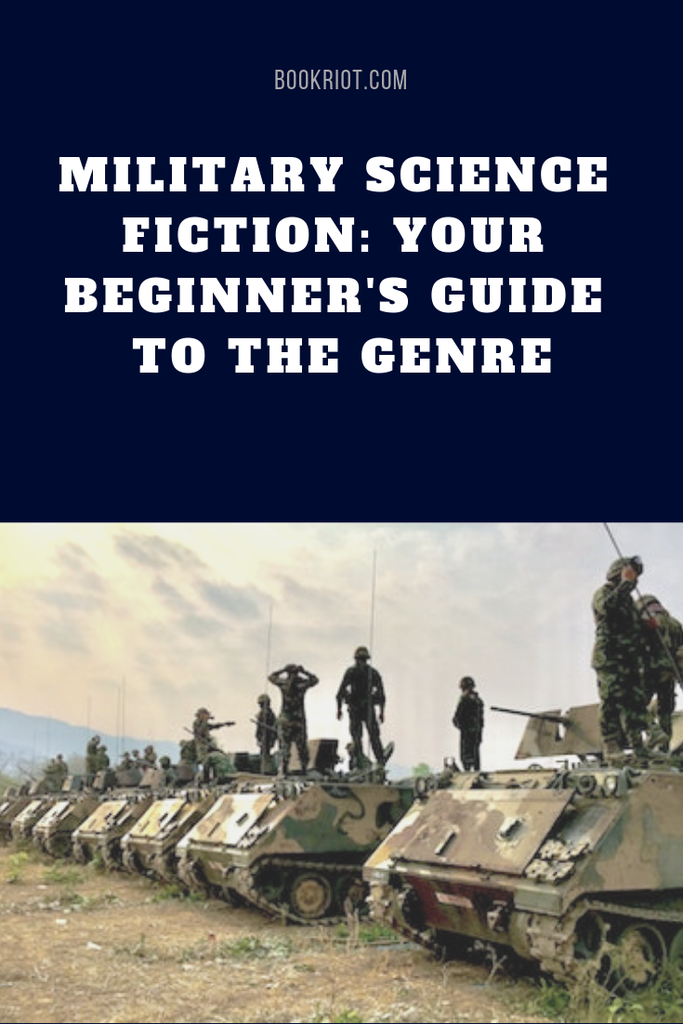 To get you started in military science fiction, here is a book list with specific selections based on books or movies you’ve enjoyed in the past:

These books follow soldiers as they fight to defend Earth against alien races. Pick one or the other based on your reading interests. If you’re not sure, read both and compare them! The Forever War and Old Man’s War are famously known to be quite similar. Figuring out which one you like better can help you hone the type of military science fiction you like right off the bat.

If you like hard sci-fi: The Forever War by Joe Haldeman 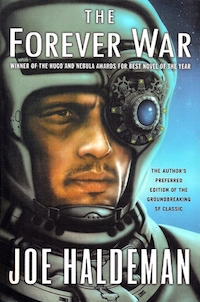 The Forever War explores the effects of time dilation when soldiers fly at nearly light speed to use and defend collapsers (wormholes) from aliens. While William Mandela spends a subjective decade fighting the alien Taurans, centuries pass on Earth. His family and friends are long dead. Society has changed so dramatically that he can barely relate to other people. Joe Haldeman is a Vietnam vet who wrote The Forever War after returning home, and there are many allegories to his own combat experiences here on Earth.

If you want an easy read: Old Man’s War by John Scalzi 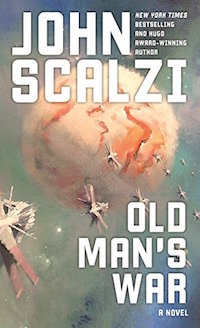 Once you turn a wise old 75, you can enlist in the army. You receive a totally upgraded and youthful body used to defend Earth from alien races. If you make it through two years of battle, you get homestead on a colony planet, but the vast majority of soldiers barely get to enjoy their newfound youth before getting wiped out in the first battle or two.

John Scalzi’s writing style lends itself to a quick, enjoyable read. Perfect for a short introduction to military science fiction.

These books focus on unique aspects of the societies or alien races they are fighting. I particularly liked these after reading more classic military science fiction because it keeps the genre fresh and exciting.

If you liked the movies Edge of Tomorrow or Pacific Rim: All You Need Is Kill by Hiroshi Sakurazaka 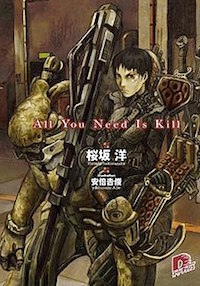 The movie Edge of Tomorrow was based off of All You Need Is Kill. I highly recommend reading the book even if you’ve already seen the movie. The book provides better insight into the main characters mentality through 150+ loops and more detailed background on the Mimics.

The ending is also just as good, if not better as Edge of Tomorrow. Lovers of Pacific Rim will appreciate the thought that goes into the weapons used to fight the Mimics on Earth.

If you want to read about a female captain: Ninefox Gambit by Yoon Ha Lee 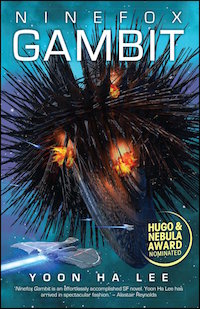 Readers are dropped into the mathematically dictated society of the Hexarchate. Captain Kel Cheris is given a chance to redeem herself after using unorthodox battle strategies. She is advised by a tactician, Shuos Jedao, who has never lost a battle. There’s a catch: he’s massacred his own army and Cheris can’t be sure that he won’t do the same to her.

Interested in other types of sci-fi sub-genres? Check out this guide to hard sci-fi.