I never liked audiobooks very much. I’m a very easily distracted person. I find it hard to pay attention to anything other than music when I’m doing two things at once. Even now, when I try to have the television on “in the background” while I’m working, I never get much done. Whenever the TV is off, my productivity goes through the roof. I was just never a great multi-tasker.

I like reading physical books because it focuses me. There are only the words on the page to pay attention to and nothing else. I first tried audiobooks in college, when one of the early Harry Potters came out on tape (yes…tape). I don’t even remember which one it was, but it was a book I’d read before, and so easy to pay attention to. If I got lost my thoughts while listening, I always knew where I was in the story.

Audiobooks had been around for years but were nowhere near as ubiquitous as they are today. Probably because they cost a fortune and you had to carry them around thick, plastic carrying cases. They weren’t exactly mobile-friendly.

Of course, that’s all changed. Phones now fit hundreds, if not thousands, of audiobooks. You can take them in the car, on the subway, on planes, or on long runs. Which is how I came around to trying them out again.

I’ve been a runner for years. I’ve never gone more than once a week. The only other race I’ve ever participated in was a 10K last April. Running has been more like a hobby for me, but this year, I decided to take it up a notch. Or rather, several notches. This year, in what was apparently a fit of madness, I decided to sign up for the Brooklyn Half Marathon. 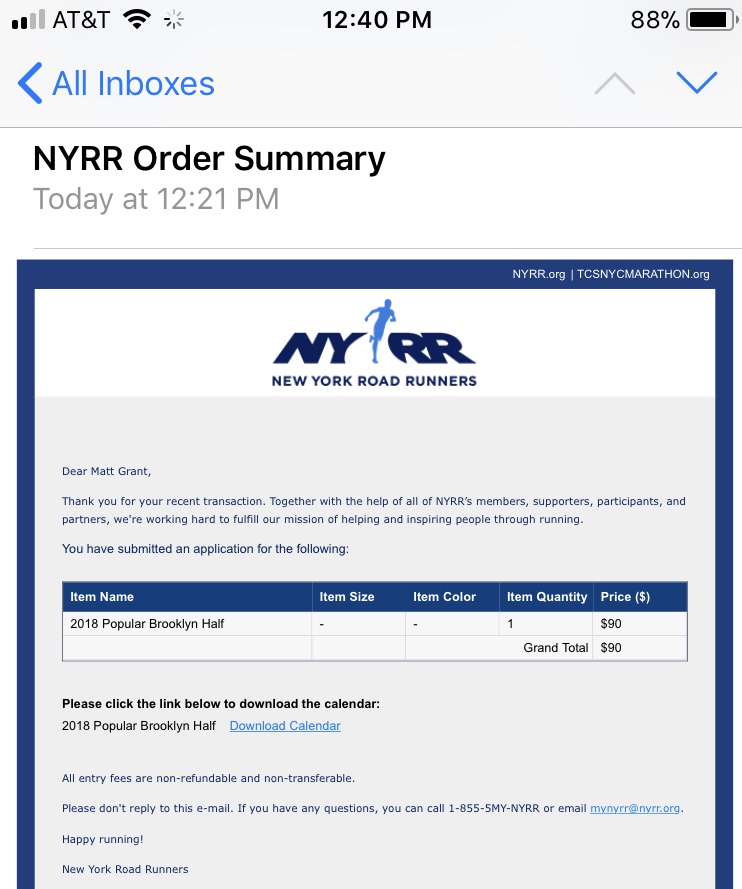 What became immediately clear as I looked into training regimens was that I needed to up my game and start running several times a week. This increased my weekly workout time from 30–40 minutes to several hours. The next thing that became clear was that I needed something new to listen to. Usually, I like to listen to podcasts on runs. For me, running is not the same as multitasking—music didn’t focus me enough. I found that listening to podcasts helped pass the time much better than music.

And yet, after having so many hours to fill, I started going through my usual podcast supply much faster. My favorite shows don’t get posted more than once a week. What’s more, I wanted to find something I could really dive into—a long, meandering listen that could be my running companion as I spent the next several months training. Audiobooks seemed to be the way to go.

So I downloaded Audible and found a complimentary copy of a book I’ve wanted to read since it came out—H is for Hawk—available. Read by the author Helen Macdonald, I immediately relaxed into her comforting voice and charming prose. The story of learning to train a goshawk as she mourns the death of her father, the book has emotional heft, and I can almost imagine that she is telling her story only to me.

I realized that I have been missing out on an entire world of connecting with books in a way that’s different from so many others. An audiobook seems much more intimate than reading to myself. I get distracted and find my thoughts wandering. But somehow I always pull myself back into her story.

Now I find that I’m actually looking forward to running. I want to get back into the story, and I’m motivated to run longer when I get caught up in a chapter. There’s a whole world of audiobooks out there and I can’t wait to try out more. Maybe next I’ll listen to What I Talk About When I Talk About Running next. That’d be so meta.

What do you like to listen to when you’re working out? Any great audiobooks you’d recommend?