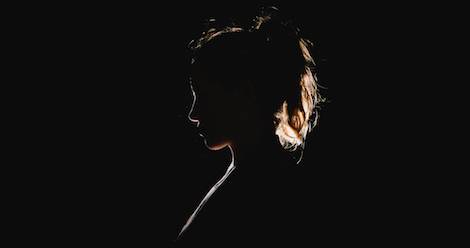 This is a guest post from Rachel Wagner. Rachel writes fiction, poetry, and essays. She teaches at Seton Hall University and lives in Newark, NJ with her son.

I’d seen headlines about the parents who gave their daughter to a pedophile, cult leader as a “gift,” and I admit that I didn’t click on the articles because I thought I got enough information from the titles. The general statement about it was bad enough. I didn’t want to know the details. This was around the same time that the most recent R Kelly situation had surfaced too. A lot of people were talking about the girl’s parents allowing their daughter to live with this guy and then being surprised when she has been completely brainwashed. I felt as though I didn’t need any more convincing that R Kelly is irredeemable, so, again, the headlines and blurbs told me what I needed to know.

But I got the details while reading a Sonia Sanchez poem entitled “For Some Women.” I was cruising along Wounded in the House of a Friend having that consumed feeling of reading a book of poems one by one. I hadn’t read her work in years and was inspired to request some of her books through the library when I saw an article written by Frenzella Elaine DeLancey that at her poems alongside Sister Souljah’s book The Coldest Winter Ever in terms of genre. I was excited to be finally digging into this book of Sanchez’s that I never read.

Then I hit “For Some Women,” and I was instantly put in a weird mood. Usually, when I read poems, I wish that I had a better memory. I want to be able to remember great poems line by line later, but I rarely ever do. Then this poem came along, and now I wish I could forget it. I don’t think I’ve ever been affected by a poem this way. It’s so sad that I almost don’t want to say what it’s about. But I have to.

The poem tells the story of a crackhead who gives her daughter, who she calls “Mama’s little baby,” to her dealer for seven days because he doesn’t want to fuck her anymore; he wants a virgin. The narrator hands her over, with her daughter calling out for her as she walks away with the crack, and picks her up a week later. She seems frustrated seeing her daughter act unresponsive back at home. Eventually, the daughter runs away, and her mother worries about the bad things that might happen to her.

I was sitting next to my two-year-old son while I read this poem, feeling completely paralyzed. When it was finally over, I put my arm around him. I looked at the back of his head while he played with his cars feeling like I never want him out of my sight. His posture looked so innocent. He didn’t even feel me looking at him. I was upset. I rushed through the rest of the poems in the book, slammed it shut, and stood up.

Category ID: 1375
Check Your Shelf Newsletter
Sign up to receive Check Your Shelf, the Librarian's One-Stop Shop For News, Book Lists, And More.
Thank you for signing up! Keep an eye on your inbox.
By signing up you agree to our Terms of Service

Now I regret reading it because I know I’ll never stop thinking about it. I don’t know what’s worse—a mother giving away her child or a man who wants to rent a child. I understand that things like this happen, but I don’t want to think about it and now I have to.

An earlier poem, “Eyewitness: Case No. 3456,” in the same book tells the story about a girl being raped in her room in a very graphic way, exposing the uncomfortable parts instead of rushing over the details. It wasn’t the girl’s feelings before and after. It explains everything that happened—the language he used, the positions her put her in, the weapon he had.

“Eyewitness” was a lot to take in, but “For Some Women” felt different because there was a level of fucked up consent. The mother willingly gave her daughter to her dealer to be raped. How? Why? What? The mother’s tone was so cold and flat, which made it even more maddening. It worried me so much just knowing that there are really people like that. I felt so small.

The only redeeming moment in the poem is at the end when the seven-year-old girl runs away from home. It seemed good at first knowing that she gets away from her mother who clearly cannot care for her in any capacity. Then the questions start mounting up: Will she find someone equally as abusive? Where is she going to go? Who will be next to prey on her?

I noticed that I was worrying about the same things as the mother, who dreamt about her being “surrounded by panthers / who tossed her back and forth, / nibbling and biting, / and tearing her up.” I was hurt all over again because I didn’t want to align with the narrator in any way.

I was still suffering from the memory of this poem when a New York Times article came out describing the physical reactions that women and girls recently freed from ISIS are having now that they’re back home. Most can’t stand or talk or pick up their heads. These women were raped over a period of three years and can hardly function after all of the abuse. I saw that article, and I knew I needed to read the whole thing. The details of their experiences and escapes made me think more about the poem because even though it’s great that these girls got away from their abuser(s), there are still so many left behind who don’t get written about.

Weeks have gone by, and I still can’t get the poem out of my mind. It serves as an intrusive thought that I randomly remember throughout my day—driving to work, snuggling up next to my kid, standing in the shower. I have moments when I wish I could unread it, but it jerked me into reality in a way that only a poem could.