I’m not sure when I became addicted to audiobooks. I do remember which book hooked me — Claire Tomalin’s biography of Charles Dickens, narrated by Alex Jennings — just not exactly when. It is, however, clear in my memory that my children were out of town. I could just laze on the couch, close my eyes, and listen. 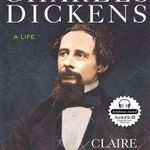 After that, I wanted to listen to audiobooks all the time, particularly on long drives. Unfortunately, the books I like best don’t always fit well with the people in the car with me, as my regular companions are currently ages six and nine. On a recent car trip alone, I enjoyed Paul Beatty’s The Sellout, narrated by Prentice Onayemi, so thoroughly I was suddenly saw sirens behind me.

Of course, there are plenty of kids audiobooks on offer, but not every children’s book is an all-audience affair. I don’t really want to listen to another book where its raison d être is jokes about the noises of the human digestive system.

You already know about The Hobbit and those JK Rowling books. But perhaps these five audiobooks for the whole family are new, or at least you hadn’t thought about them in a while: 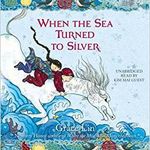 When the Sea Turns to Silver, by Grace Lin, read by Kim Mai Guest

A thousand years ago, folktales weren’t for children, they were for all listeners. And this folktale frame gives Lin the same flexibility: to spin stories within stories that are enjoyable for all ages. 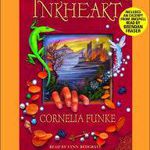 Redgrave gives a warm and wonderful performance of what is perhaps the perfect audiobook. The six-year-old, nine-year-old, and myself (age something-or-other) are only on the first book in the trilogy. But we are utterly gripped. The trilogy itself is about the very pleasures and perils of reading aloud.

We listened to this on a long car squirmy trip, and it made the hours flash by. Even if you’ve read Wizard before, it’s worth a re-listen. 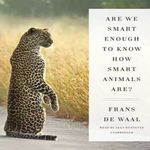 Are We Smart Enough to Know How Smart Animals Are?, by Frans de Waal, read by Martyn Farrer. 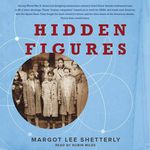 I didn’t choose this title because of the film — which is also a good all-ages movie, even if the six-year-old covered his face during the kissing. I chose this audiobook because it was narrated by Robin Miles, who did an a-m-a-z-i-n-g job with Chimamanda Ngozi Adichie’s Half a Yellow Sun. Honestly, I could listen to her voice for years. I can’t wait until the kids are just a few inches taller and we can listen to her narrate Edwidge Danticat’s Breath, Eyes, Memory or perhaps Haiti Noir.

What are your favorite audiobooks for the whole family?