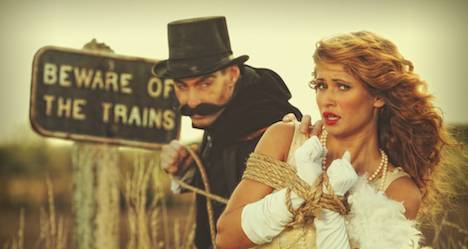 Let me pose a question to you all: Can an antagonist ever be truly redeemed? In that same vein, does having a tragic past/upbringing justify ultimately evil actions? Or is a villain just that…a villain?

I’ll be the first to admit that I’m a sucker for a good redemption storyline. I appreciate a character finding the error of their ways and making amends to those they have wronged. But, I can also see how there are characters who are simply beyond the point of forgiveness.

Spoilers are abound, enter at your own risk.

Exhibit 1. Harry Potter villains: Did Snape’s ultimate sacrifice and his secret alliance with Dumbledore make up for being jealous, possessive, and verbally abusive to kids? Is Snape truly deserving of the title, “Tragic Hero”? My opinion? No. When I separate my love for Alan Rickman (RIP), I’m left with serious Snape thoughts. And those being, homeboy is still an “overgrown bat” who held a grudge because he didn’t know how to hear “NO.” After all this time? Always. To go another direction, let’s say Draco outrightly denounced his family allegiance and fought with Dumbledore’s Army. Would you chock up his former behavior to being brainwashed by the way he was brought up?

Exhibit 2. Maven Calore from Victoria Aveyard’s Red Queen series: Don’t get me wrong. I absolutely love and support Mare and Cal together, but up until the point of no return, I was SO on board with Mare and Maven. And if I’m honest with myself, there’s a part of me that still is. There have been enough glimmers in the last two books that indicate that Maven has some kind of remorse over his actions to be a coconspirator with Elara. Will he pull through in the end? Come on, Maven, I have faith in you.

Exhibit 3. Tamlin from Sarah J. Maas’ A Court of Thorns and Roses series: Let me first start by saying I in no way feel like abuse victims should feel obligated to forgive their abusers. But, I was very happy that Tamlin got a subtle moment when he saved Rhys for Feyre. Is he still an ass? Yes. Was Feyre justified in leaving? YES. But do I have hope that this means he accepts their mate-ship and is starting to move on? Also, yes. PS, make up with Lucien.

So, what do you think? Are there literary villains who’ve paid their penance? Who have you “forgiven” for their evil ways?