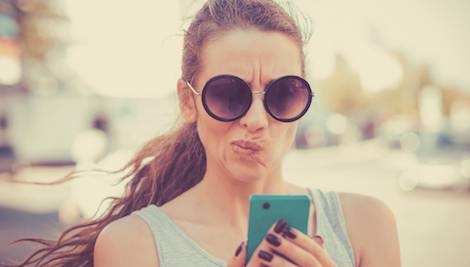 Not long after I first dipped my toe into science fiction writer Twitter, a relatively well-known writer decided to embarrass themself publicly by picking a fight with someone who had given their work a negative review. Right now, you’re probably scratching your head and wondering which author– because it’s something that happens with really forehead-slapping regularity. What I learned from this is an oft-repeated lesson in mainstream writer Twitter: reviews are not for writers. They are for readers. Leave them alone.

The writer side of this equation is pretty simple: if someone didn’t like your work and reviews it, leave it alone. Don’t pick a fight. Don’t go full Amy’s Baking Company and inform readers that they just don’t know how to read. This isn’t hard.

The reader side should also be pretty easy, to be honest: don’t try to rub a writer’s nose in your negative review. As in, when you post your review on social media, do not tag the author. Don’t email it to them. Don’t slip it under their door. Don’t send it to their house with an edible arrangement. With certain notable exceptions, this is a super jerk move.

The exceptions? Sometimes a book’s got serious racism issues, or harmful depictions of disability, or similar contents that are actively hurtful. The review becomes an attempt to teach the author why it was wrong, and hurtful, and please don’t do that again.

But when it’s literally just, “I don’t like the book, I bounced off it, I think the characters suck, I want to nitpick a specific bit of knowledge…” sort of reviews? Please leave the authors alone. You wouldn’t take time out of your day to call a stranger just to tell them you don’t like their hairstyle. (And if you would, stop.) So restrain yourself from ruining someone’s day by letting them know that a stranger on the internet disagrees with the way one of their characters mixes a drink.

Right now, you’re probably thinking that this is the biggest no-brainer of a blog post I have ever written. It should be. The only reason I’m even bringing this up is because it’s happened recently. Repeatedly.

Writers do read reviews. That’s no secret. But if a writer runs across something mean someone’s said about their novel because they were googling themselves, it’s their choice if they want to read it and have their pitiful, mewling ego crushed. It’s easy to avoid by the simple expedient of just not looking for it. But when someone is trying to get your attention to get you to look at a negative review? It feels downright spiteful.

There’s something to be said for looking for critique, and using it. But a lot of issues that tend to tick people off are just not ones that can be fixed. The book’s already in production. Typos are a lost cause. Nitpicks about bread recipes are not going to get fixed. Errors in historical research are beyond the reach of the writer to correct. And if you just didn’t like it? Not every book is for every person, and that’s all right. It’s extremely unlikely that a writer is going to change how they write or what they write about because someone they have never met and have no reason to trust the judgment of didn’t find it to their taste.

I’m not saying don’t write negative reviews. Negative reviews can be incredibly useful for other readers. If someone has very similar tastes to yours, and you don’t like a book, chances are that they’ll bounce off it as well. Writers can make use of negative reviews, like if they see something a lot of readers are just not getting, but it’s entirely their choice. So by all means, please write your honest opinions about what you read, and share them widely.

Just not with the author.