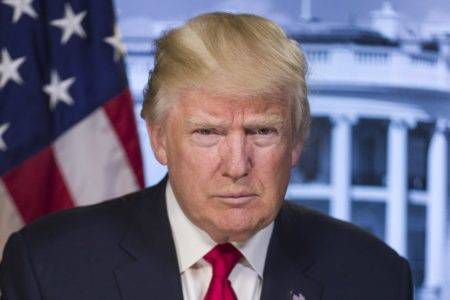 In the first week in May, New York City played host to the PEN World Festival — a yearly event in which novelists, journalists, satirists, and writers of all genres and in all languages come together to celebrate the literature of a specific region or, in the case of this year’s festival, a specific theme. PEN is an international organization that “promotes literature and freedom of expression.” They run campaigns protesting human rights violations against writers and artists — such as the imprisonment of Nobel Laureate Liu Xiaobo by the Chinese government, the persecution of journalists in Honduras, and the murder of journalists in Mexico. 2017’s festival theme was Gender and Power.

Journalist Masha Gessen presented The Arthur Miller Freedom to Write Lecture, which was followed by a conversation between her and Samantha Bee. Gessen is a Russian journalist who has spent her career speaking out against the Putin government. She is a lesbian and in 2013 moved her family from  Russia to the United States because of the possibility of the government enacting a policy of taking children away from gay parents. She’s brought her activism with her, writing articles for Slate, The Washington Post, The New York Review of Books, and The New York Times. She is still criticizing Putin. She is also speaking hard truths about the parallels she sees between the Russian government and the actions of the current United States administration.

From the podium, Gessen spoke about the importance of words and the meanings we assign to them. She explained why the public needs to be vigilant in maintaining the definitions of  words like democracy, equality, freedom, and free elections. She gave examples of how the Russian government had twisted words to suit their purposes and further their agendas. And she explained that the first rule of surviving an autocracy is to believe the  autocrat’s words and to hold him (or her) accountable to them. Because the most dangerous words are the ones which have been robbed of their meaning.

Perhaps the reason Gessen’s talk was so interesting to me was because it happened only two weeks after John Dickerson’s CBS interview with the President. My husband and I watched it together, and midway through I paused to ask him — is it me or is he completely incomprehensible? Afterwards I found the transcript online, and still felt lost. Here was a man whose words had no fixed meaning.

I learned things from that transcript. The President  seems to have an inexplicable affinity for pronouns, using them constantly and without attempting to establish basic subject-pronoun agreement. He speaks in sentence fragments, his thoughts left incomplete. Words are constantly being misused and their definitions distorted. His vocabulary is limited — he consistently uses the same few words, repeating them often and applying them arbitrarily to a broad range of subjects.

And although a lot has been said about the fact that President Trump doesn’t read books, it needs to be emphasized that he is the first U.S. president in recent memory — possibly ever — to whom we can assign this dubious distinction. Jefferson wrote “I cannot live without books,” Nixon liked Tolstoy, Kennedy read Ian Fleming novels, Reagan was a fan of  Tom Clancy and Louis L’Amour, Bush and Karl Rove famously competed on who could read the most books in a year, and for the last eight years we’ve received regular updates on President Obama’s TBR pile. Past presidents have always understood the power of words. They respected the magnitude of ideas (good and bad) which words contain and convey. Whether you believe that being a reader should be a prerequisite for becoming president, it is undeniable that a reverence for words and their meanings is central to this country’s values. Because what are the United States Constitution, the Declaration of Independence, and the Emancipation Proclamation but words strung together into sentences and paragraphs? Individual words made powerful only through our understanding and acceptance of the truth which they convey. Imagine the dangers if we are led to question what those words mean or, worse still, allow their meanings to become malleable to the whim of an individual or government.

You can watch the 2017 The Arthur Miller Freedom to Write Lecture lecture and learn more about PEN and their important work here. And Masha Gessen has a new book coming out in the Fall on Russian history. The title is The Future Is History: How Totalitarianism Reclaimed Russia, and it’s scheduled to be released in October.