Remember the study that found that children who read Harry Potter were more likely to exercise empathy and tolerance? That was a good day. I’m sure I wasn’t the only one who smiled a little bit when I first read that. 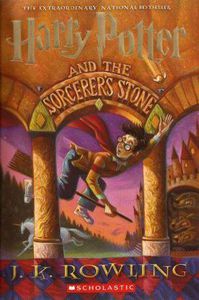 Of course, science proved something that didn’t need proving. It’s long been thought that reading promotes compassion. In the 1700s, epistolary novels such as Clarissa were believed to have helped create a Western movement for human rights. First person narration supported a sympathetic reading of downtrodden protagonists, giving rise to a cultural “walk in another’s shoes” phenomenon.

And for the most part, I couldn’t agree more. The act of reading is an act of empathy. Constantly sinking into the inner lives of a knight, a princess, a dragon, you name it… it’s transformative.

But it’s an imperfect means to an end. What happens when the books we read are racist? Or promote internalized misogyny? Or when the publishing industry itself claims to support diversity, but is still largely closed off to marginalized groups? Books aren’t magic. What’s in them, and who writes them, actually matters. 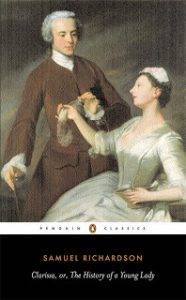 So when people make the jump from “reading promotes empathy” to “readers are better people,” I have a problem. Books aren’t free from bias and bigotry, and if someone’s not a reader, they may have a good reason for it — whether that’s lack of resources, time, or ability. The same goes for education. Reading and higher education may help dissipate the spell of hate, but compassion and goodness are not the sole province of the well-read and the degree holders.

After November 8th, I wanted to bury myself in a good book and tune out the world. Instead, I let myself get sucked into reading one post-election thinkpiece after another. I couldn’t help it. Retreating into the fictional world just didn’t feel right, not when I needed to do something, fix something. I rage-read through so many thinkpieces that they all started to blur together… and one common narrative emerged.

You know the one: That rural, working class, uneducated white people drove America into a flaming ditch. But in fact, the majority of white Americans, regardless of education or income, went to Trump — cue white dudes suddenly discovering a distrust for data and demanding that we question everything.

It’s ironic that a narrative meant to promote empathy managed to do just the opposite. To attribute bigotry to the uneducated is to imply that the educated and well-read are immune to it. And come on, we know that’s not true. How many politicians went to Ivy Leagues? How often are problematic books written, marketed, and bought without so much as a hiccup in the publishing process?

I fully support reading as an agent of change (props to #booksfighthate — check it out!), but resting on the laurels of literacy is a mistake. If we’re going to do this thing, let’s do it properly. Be critical of your reading. Push for good representation, and hold problematic books accountable. Don’t take the shortcut of writing off everyone who isn’t as well-read or educated as you.

And in everything, advocate for — and listen to! — marginalized people, whether they’re readers, writers, or not involved in the reading world at all. Reading may promote empathy, but it doesn’t end there. After all, the most important story we have is real life.