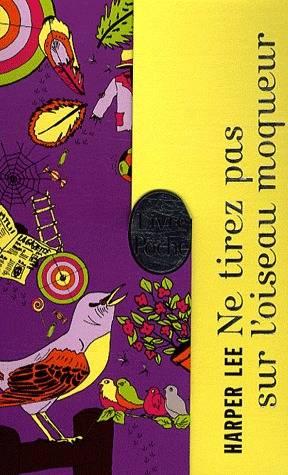 Do you remember the first time you didn’t feel welcome among fans of your favorite thing? Maybe you were in the front row at a concert where someone else looked down on you for only liking the band’s most recent album. Or the cashier at a comic book store scoffed at your selections for being too meager, too mainstream, not mainstream enough, or just plain stereotyped you for being there. Worse yet, have you ever caught yourself harming someone else’s impression of your favorite thing? “You won’t understand this series until you’ve gone through the rest of the author’s catalog.” “Oh, so you’re finally jumping on that bandwagon, huh?”

If not, well, congratulations on being raised a saint, because I certainly identify with some of these attitudes. As a teen services librarian, I sometimes hear young people who are still relatively new to their fandoms cast aspersions on others for their tastes, and their high horses and superior attitudes will remind me of my own awkward adolescence/adulthood/general existence (hey, we’re all works in progress).

In my interactions with young fans and reflecting on my own experiences, I have come up with four effective role reversals to transform the gatekeepers in all of us into gateways.

Gatekeeper #1: “Oh my god, you never heard of that? Do you pay attention to the world at all?”

Transforms into: “You haven’t heard of that? Well, I’m a big fan, and I’m jealous that you get to experience it for the first time!” (see also: xkcd’s “Ten Thousand” by Randall Munroe)

Fandom is powered by people, and we gain nothing by chiding others for not participating at our own level. There are only 24 hours in a day, and not everyone can track down every overnight sensation and digest in time for reaching critical mass. What good is knowing about a great story if all it does is bludgeon others for being late? How do you think the authors of that story feel about such a fan? Wouldn’t you rather have a fellow enthusiast than give others the impression, “Yeah I met someone who loves that series, they were a huge jerk about it, forget that trash.”

Gatekeeper #2: “The trouble with that series is nobody likes it / too many people like it.”

Category ID: 1074
Category ID: 13193
Category ID: 4284
The Stack Newsletter
Sign up to The Stack to receive Book Riot Comic's best posts, picked for you.
Thank you for signing up! Keep an eye on your inbox.
By signing up you agree to our terms of use

The popularity of a given property can lead down some interesting roads. A large enough fandom can splinter into several factions based on favorite characters, shipping relationships, and adopting a collective noun (Bronies, Whovians, Deadheads). A cult hit can lead early adopters into a feeling of having amazing taste for discovering a hidden gem that’s about to explode. The community and shared enthusiasm of a fan collective can be powerful and comforting. Conversely, adopting an Us vs. Them mindset turns what is an otherwise positive movement into a contest more trivial than the original fandom. Also, nobody wants to hear about what you’re not into. If you were treated unfairly or told you were the wrong kind of fan, okay, there’s a story to be told there, but what does your fandom mean to you? The only person who can give or take away the value of something in your eyes is you. If your opinion of something depends on the crowd around it, what good is your hot take?

Gatekeeper #3: “You’re not really into that, you’re just a fake geek.”

Transforms into: “If you really like that, I think you’d like this too. / What’s your favorite thing about that?”

What does fake enthusiasm look like? Sure, salespeople have to master it, and there’ll always be fads with fickle audiences, but what is the endgame of calling someone out for not being utterly devoted to something they’re trying? Is a “fake geek” supposed to admit defeat and leave the store / convention / conversation to go pursue a sincere interest? As with the first two gatekeepers and gateways, this is another case where you’ll catch more flies with honey. For example, a cosplayer who doesn’t know their character’s complete publishing history is still taking time out of their day making an effort toward cosplay – talk about that instead.

Gatekeeper #4: “Your constant arguments about that are juvenile and stupid, why can’t you be positive and accepting like me?”

Look, I know what I just said in the past three examples about positivity, but you know what? Sometimes arguments and trivia contests are their own forms of sport, and fandoms allow people to joust via debating one character or story’s superiority over another or saying that someone’s headcanon romance is nonsense without meaning to hurt their feelings. Yeah, honey attracts flies, but tone policing can kill a conversation. As Hélène said in her Panels piece, “3 Types of People Who Ask, ‘So, You Read Comics?’,” a seeming challenge can come from curiosity or looking for common ground. She also has good advice for dealing with smug gatekeepers.

Once all the honeyflies are gathered, the conversations that result from clashing viewpoints can serve as gateways for those who are beyond square one of a given fandom. Just make sure both parties are ready for a throwdown before trading aggressively nerdy riffs a la Stephen Colbert and Jessica Williams.

How do you deal with gatekeepers? Have you ever made allies out of enemies? Are you still patiently attaining the path of gateway sainthood? Let us know in the comments.