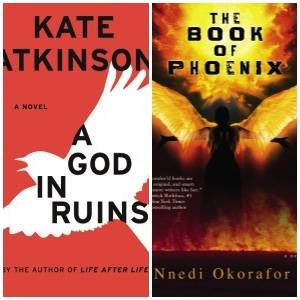 I love film noir. That term can have wide meaning, but I use it to describe films like Humphrey Bogart’s The Big Sleep and The Maltese Falcon, two movies I can watch over and over again without growing tired of them. Noir is such a visual medium, so it’s not surprising that there are some awesome comics written in that style. I’ve only scratched the surface with noir comics, but I’ve really enjoyed what I’ve found and highly recommend all these comics.

When people say “noir comics” or ask for a comic recommendation based on old movies, Blacksad is immediately where I go. It’s actually about animals, not humans, but the main character (a cat named John Blacksad) is as Bogie-esque a character as you’ll find in comics. The mysteries he faces are intriguing and the art is, quite simply, breathtaking. There are three books in this series so far, and they are all just incredible.

You Have Killed Me – Jamie S. Rich and Joelle Jones (Oni Press)

This graphic novel reminded me of The Big Sleep, featuring a main character who sees the ghosts from his past brought to life when Jennifer Roman, his old girlfriend’s sister, comes to his door. If you haven’t had the privilege of experiencing Joelle Jones’s artwork, WELL, run don’t walk is all I’m saying. I especially love the way she draws her women; they are beautiful and lush, and she just brings this entire narrative to life.

I’ve only read the first volume of this excellent series, but I can already tell you that it’s absolutely worth it. It’s set in Hollywood at the end of the Golden Era, and stars a young man who finds his solace in bars and at parties at the end of the night. When he finds the beautiful young star of his movie dead, and he can’t remember what happened the night before, things get ugly. This series just wrapped with its twelfth and final issue; two volumes are out, and the third will release soon, so it’s the perfect time to dive into this if you prefer reading it all back to back, rather than issue by issue.

If you’re looking for Raymond Chandler, Hit: 1955 is a great place to go. It’s set in 1955, Los Angeles, among the gangs, drugs, and murder that was rampant. This takes the setting away from the glitz, glamour, and seedy underbelly of Hollywood to the streets and the police station. Cops are functioning as hit men, taking out the gangsters, and it’s chaos. Based on a true story, it’s got punchy artwork that won’t let you forget it. This was originally a series, but has concluded with this single volume, though there is a sequel volume in Hit: 1957.

It’s worth noting that this is a mostly male and white list of comics, and we’re all about diversifying our choices at Panels. Do you have any recommendations for noir comics from women or PoCs?