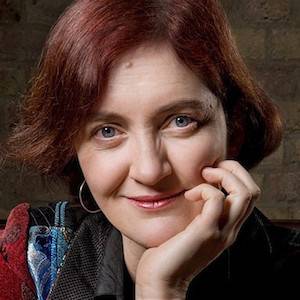 Calling all Emma Donoghue fans: the movie adaptation of Room will soon be coming to a theater near you! We were excited after the original announcement, and having attended an advance screening of the film I can tell you that, if you loved the book, you’re going to want to see the movie. After seeing it, I had a few questions for Donoghue (some even actually related to the movie!) that she was kind enough to answer. 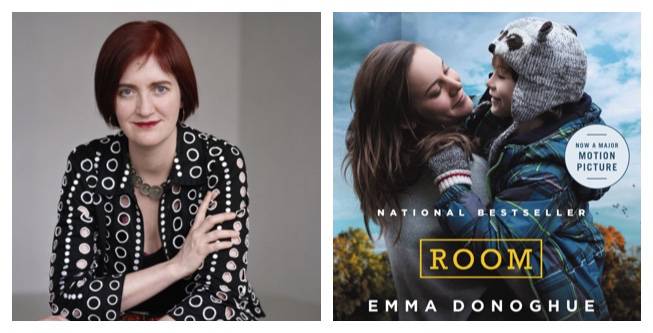 Jenn: Room is an incredibly moving book; I was working in a bookstore when it came out, and we routinely cautioned customers to have tissues on hand during reading. And at the screening I went to, a woman handed some out! (I was so grateful, as I had not come prepared.) As the author, was it emotionally difficult to revisit the subject matter and reimagine it for the screen?

Emma Donoghue: It didn’t feel like revisiting, because I’ve had to talk about Room the novel so constantly over the last five years that I’ve never really been away from it. Also, I began working on the screenplay between selling the novel and its publication, so again, the film has been alive (at least in my imagination) all this time. Certainly it did take a lot of work to tell Jack’s story again using a whole other toolbox – but it was such a pleasurable task, because cinema is so good at giving characters physical life (that little boy’s expressive feet!) and stirring the audience’s emotions with its double whammy of visuals and sound.

J: Since its publication in 2010, Room has won and been short-listed for so many awards. Many people are familiar with it — did that change the way you worked on the screenplay?

ED: One thing that did affect me, I think, was that so many readers have written begging me for more about Ma, or for the whole story again from Ma’s point of view, or a sequel in which Ma speaks directly. I’ll never write any of those books but I do think the film will satisfy those fans because it’s much more of a two-hander than the book; it lets us meet Ma face-to-face.

J: I couldn’t help but think of some of my own favorite books-to-film while watching Room — Gone Girl for its faithfulness to the original, and The Hours for its amazing atmospheric adaptation of the novel. Did you watch or avoid other book-to-film adaptations while working on the screenplay for Room? Do you have a favorite adaptation?

ED: I think Brokeback Mountain is a model adaptation, but then expanding on a short story is often more effective than cutting down a novel… I think I learned just as much from watching adaptations that don’t work, for instance The Time Traveller’s Wife, which is a faithful adaptation of the novel but somehow loses all its magic.

J: Once the screenplay was done, how involved were you in the filming process? Did you participate in or give feedback on casting? Were you on set much? If yes, what was that like?

ED: I was very involved because the deal I made with the production company was that I would develop the project with them (and be an executive producer) rather than simply selling the rights outright. So I was in on all conversations about casting, location, etc, though of course I knew not to abuse my position by trying to have the final say on anything! I got to visit the production about once a week over its ten-week shoot, which was utterly fascinating; I went around interviewing everyone from publicist to grip to costume designer.

J: Have you been bitten by the screenplay bug? Do you plan to do more, either from your own work, others’, or original films?

ED: Absolutely – all those possibilities.

J: And now for a few less serious questions! If you were sorted into a Hogwarts House, which would it be?

ED: I’m afraid I can only remember Gryffindor and Slytherin. I’d prefer to be one of the ghosts.

ED: Indeed I do. My interest in Anne Lister, Yorkshire regency gentlewoman who kept a secret diary recording her many lesbian affairs, has inspired one whole side of my career (fact-based historical fiction) and she still fascinates me.