Brazilian literature is often represented by Paulo Coelho, which I personally think is a shame since he is not, by far, the best we’ve got. But if Coelho isn’t the way to get to know more of Brazilian culture and literature, what is? Don’t worry, I got you covered: here are four books to get you started with Brazilian literature: 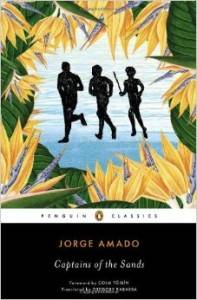 1. Captains of the Sand by Jorge Amado
I have very fond memories of this book because I read it when I was in high school and it completely paved the foundation of how I perceive child poverty and urban violence in Brazil. The book is about a group of orphaned, homeless boys in Salvador, Bahia who call themselves Captains of the Sand and go around thieving, gambling and falling in love. It’s a strange coming-of-age novel that captures the heart with its colorfully named anti-heroes and descriptions of Afro-Brazilian culture.

Amado was snubbed by critics of his time because of his socialist political leanings. Despite several nominations to the Nobel Prize for Literature, he never won. His friend José Saramago, also a writer of Portuguese language but from Portugal, has said he would give his Nobel to Amado. 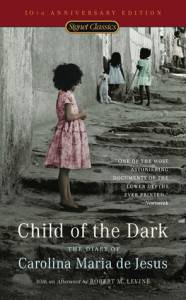 Carolina Maria de Jesus was discovered by a journalist Audalio Dantas in São Paulo. She never finished school, but she documented her life in a favela (slum) in the southern Brazilian city in her diary for years.After being discovered, the unedited diary was published and it stands as a symbol of Afro-Brazilian resilience and strength.

De Jesus had three illegitimate children, whom she fed by picking paper from the garbage and selling it. The book is about living in poverty and working towards a better life, but it is uniquely (especially at the time of its publication, the year 1960) written from the perspective of someone who lives in poverty. De Jesus was internationally written about after the publication of her diary and went on to write many plays and short stories. 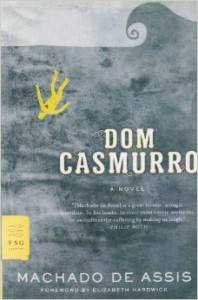 This book was the first time I came across the Manic Pixie Girl trope, though I didn’t know it at the time. This 1900 novel set in Rio de Janeiro tells a familiar story of a man gone mad by jealousy as he attempts to discover if his mysterious wife Capitu is cheating on him with his best friend. Capitu has been since romanticized by Brazilian artists: she was so beautiful, mysterious and could make a boring man into a a mad one.

Assis’s storytelling, told from the point of view of the main character Bento Santiago, is masterful and entrancing. This is a classic case of unreliable narrator, and I love it.

4. The Slum by Aluísio de Azevedo

I would describe this book as a soap opera in book form: it’s an eventful, unpredictable tale of social mobility where ambitious workers aspire to be rich. The journey of two Portuguese immigrants frames the story, allowing for peripheral characters to be loved, hated and cheered for.

I like that this novel is diverse, unlike many other Brazilian pieces of fictions set in Rio, where the population is largely of color. Although the focus is on white Portuguese immigrants, it could be argued that much of their actions are guided by their white privilege and position of authority in a society where people of color are often taken advantage it

I hope you will enjoy all of these recommendations and that you fall in love with Brazilian literature just like I have.