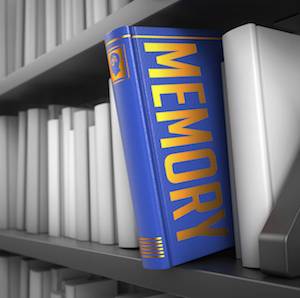 If I say Canadian Superhero, what comes to your mind?

Please don’t misunderstand me: Wolverine is great, obviously. I’m a card-carrying Marvel fangirl (I mean that literally — I have a full set of the Marvel trading cards from the early ’90s), so obviously I have some gentle swooning for Wolverine, and my heart skips a beat when he flashes that Canadian passport.

From Greg Pak and Fred Van Lente’s 2011 Alpha Flight run. This is how Canadians do homeland security.

But there is so much more to the history of Canadian superheroes than Wolverine — once Weapon X of the Canadian government — or even Alpha Flight, the Marvel team assembled at least in part because Pierre Trudeau wanted to get Weapon X back to Canada.

I promise you that someday I will write you a whole post about my passional love for Alpha Flight, but today is not that day.

Category ID: 1074
Category ID: 943
The Stack Newsletter
Sign up to The Stack to receive Book Riot Comic's best posts, picked for you.
Thank you for signing up! Keep an eye on your inbox.
By signing up you agree to our terms of use

And although there are some contemporary Canadian superheroes in comics that are making all kinds of noise, like the new run of Justice League Unlimited helmed by Canada’s sweetheart Jeff Lemire, or even Bryan Lee O’Malley’s Scott Pilgrim series, if you’re feeling generous with the word “hero,” I want to take you back in time to a very weird period for Canadian comics: the Second World War.

You see, before the Second World War, there basically weren’t comics in English-speaking Canada at all; Canadian kids grew up reading American comics. (Pro-tip: If you get just about any Canadian drunk enough, he or she will eventually assert that Superman is Canadian. This is because a whole generation of us were raised with this PSA played near-constantly

and we all simultaneously understand that it is completely fabricated and want desperately for it to be true. Joe Shuster was indeed born in Toronto, but that’s about the end of the conversation. Based on this tenuous link to comic superstardom, we once issued a Canadian stamp of Superman. We’re a weird little nation up here, friends.)

But with the Second World War came rationing and nationalizing resources and the War Exchange Conservation Act, which restricted the importation of non-essential goods, and since no Panels contributors were at that time Members of Parliament in Canada (soon, tho), comics fell under the rubric of non-essential goods.

So Canada did what Canada does best, and we made our own comics: slightly weirder, slightly worse versions of American comics. I don’t say this derisively. I say it descriptively. They’re super terrible comics, but I love them with every inch of my maple-leaf-embossed heart. I thought I would use this opportunity to walk you through a couple of my favourites from this period. Americans have the Golden Age and Silver Age of comics, but I call this period of Canadian comics the Tungsten Age. Because what does tungsten even do? (Sidebar: the only thing I remember from high school science in grade ten was the teacher telling us to invest in tungsten, because it is needed for lightbulbs, and people will always need incandescent lightbulbs. Thanks, rural public education!)

Here are my five favourite titles from Canada’s Tungsten Age of Comics.

1. Nelvana of the Northern Lights

Nelvana was the daughter of the King of the Northern Lights (not a real thing, America) and a mortal woman, and was created by Alex Dingle. In spite of obviously drawing on Inuit culture for some of her backstory, Nelvana was a white goddess — problematic in a way that makes you uncomfortable to read it now.

Nelvana is demonstrably the least terrible of these comics in terms of storytelling and art. And guess what: she predated Wonder Woman by three months. So the first superheroine in North American comics was Canadian (unless you count Sheena as a superheroine rather than just a lady comic character, in which case ok, still you).

The creator said he wanted to make her “a doll in a miniskirt.” So there’s that.

Artist Leo Bachle was only in high school when he created Johnny Canuck, a Mary Sue war hero by a young man who felt like he was missing out on WWII. He had no superpowers, just the strength given to him by God and a life of good clean living. (That smug Canadianness has a long and celebrated history is what I’m saying.) Everything you ever need to know about Johnny Canuck is that he once got in the same room as Hitler, and instead of killing him, he punched him in the face and leaped out the window. I tear up with patriotism at the very image.

I like Canada Jack, another regular guy with no superpowers but a lust for justice, for being such an obvious and transparent rip-off of Johnny Canuck. But where Johnny Canuck ineffectually patrolled Europe and the Middle East, Canada Jack (a creation of artist George M. Rae) was home guard all the way. Canada Jack’s big thing was that he was a gymnast. Eat that, America: we have gymnast superheroes. After the war, the excitement level of his adventures dropped slightly, in that the final villain he battled was a bluejay. (Not lying.)

Oh, Canada Jack. What was your deal?

WE HAD AN IRON MAN FIRST, DAMNIT. I mean, he was a lot worse than Marvel’s invention, and he in some ways a generic Superman knock-off (which we also invented; see PSA above), but he was ours and he was first and, in fact, he was our first superhero. Vernon Miller created him for Maple Leaf’s Better Comics series, which I just love because what kind of marketing is that? “I know you guys can’t get the American comics you love anymore but it doesn’t matter because these are better. GET IT? SEE WHAT I DID?” He was the only remaining member of a South Seas tribe that died out and also was indestructible for some reason. Your Iron Man would come along 22 years later and be in some successful films or something I don’t know I don’t really follow any other Iron Man. (This is the Iron Man for hipsters, because you hadn’t heard of him.)

Obviously our Iron Man is a lot cooler than your Iron Man, if you like giant babies smashing through brick walls.

I’ll be honest with you here: I just love the name. Another creation of Leo Bachle, this guy apparently, according to advertising copy of the day, proved to be “Hitler’s Headache” due to his “spectacular feat of invisibility.” Apparently Hitler’s headache was not bad enough from all the punching with Johnny Canuck: he needed, instead, to be teased and troubled by some invisible guy. ONE OF YOU SHOULD PROBABLY KILL HITLER.

In another exciting issue, no one ends the Nazi menace!

Goofy as they are (and they are all super goofy), I love my Tungsten Age Canadian comics.

(Lest someone feel the need to put this in the comments, I do know that the technical Golden Age of Canadian comics was 1941-1947. Just jokes.)

(I am indebted to John Bell’s Guardians of the North from the National Archives of Canada for the fact-checking in this post; the snark is mine alone.)