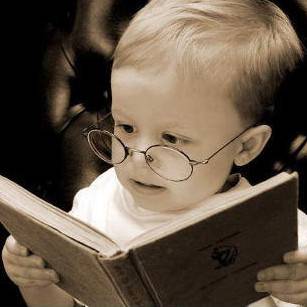 There’s a not-so-secret society of adults who actively (and sometimes exclusively) read YA fiction, as if it’s a fattening indulgence that cannot be denied. But I think – and this could be the little Tinkerbell in me praying for us all to never grow old – certain children’s and young adult fiction should be required re-reading after your Nth birthday. Your perspective will completely change. Trust me.

Remember back in high school, when the angsty kids were reading The Catcher in the Rye and calling themselves by names they believed to be clever versions of Holden Caulfield? That didn’t happen in your school? Well, in mine, these kids were intellectual snobs, who thought they got “it.” Maybe you were one of them. I befriended a few. But I didn’t get “it.”

Revisit Salinger’s work after you’ve had your quarter-life crisis, and suddenly, your teenage drama feels like it played out in some Marvel multiverse where you remained forever seventeen and nothing was as important as other people’s opinions of you. When you can reflect on your adolescence without self-pity or undeserved veneration, you may be closer to discovering your true self in the words that spoke to you as a child.

When I was in the third grade, my teacher had a small library in our classroom from which we could borrow books for the day. I crossed the Bridge to Terabithia inside a Phantom Tollbooth and if Roald Dahl were a drug, I would have been as high as a Ben Franklin experiment. I found a kindred spirit in Matilda, searched for a Secret Garden and solved mysteries with Nancy Drew, Trixie Belden, and Encyclopedia Brown. I got lost in The Mixed Up Files of Mrs. Basil E. Frankweiler, which caused A Wrinkle in Time that left me stranded on the Island of the Blue Dolphins.

I befriended the entire Babysitter’s Club, shivered to sleep with Goosebumps and Bunnicula, and cheered for Maniac Magee. Being a little black girl, books like Blue Tights and The Shimmershine Queens fulfilled a deeper need to have characters who experienced life like I did on my bookshelf.

Little Syreeta got lost in books, and found herself.

My childhood bookshelf is filled with intelligent heroines, emotional heroes, clever, cunning, and temperamental kids who taught me how to empathize with others and become authentic with myself. Sure, there were plenty of books about cliques and the popular crowd, too.  But my nourishment came from Virginia Hamilton, Paula Danziger, Mildred D. Taylor, and Beverly Cleary. My childhood bookshelf is daring and diverse. It’s not hindered by racism, sexism, or any other -ism that clouds my judgment as an adult. My childhood bookshelf isn’t worried about what’s popular or what Oprah recommends, or who read it first.  It is strictly about what spoke to me, unadulterated.

So I issue you this challenge. Re-read your favorite (and maybe some of your most loathed) childhood and young adult books now. Browse the kiddie section of the bookstore for both the familiar and the novel (nudge). Mix them into your reading playlist like an old school jam. Put down Gone Girl and pick up Stargirl.

Journal, blog, write down what you remember most about those words, those characters, and the feelings you had when you first were introduced to those books. And remember who you were then. Innocent? Maybe. But definitely less world-weary and worn. Remember who you were, because that ‘you’ is still there, waiting to be reacquainted with old friends. Garner your perspective now. What do you feel differently, or similarly about the work? What have you learned about yourself from when you first read a piece, and now as you re-read it for your own pleasure? Rebuild your childhood bookshelf, take that lesson, and let the inner Tinkerbell in you always stay young

“If you believe,” he shouted to them, “clap your hands; don’t let Tink die.”