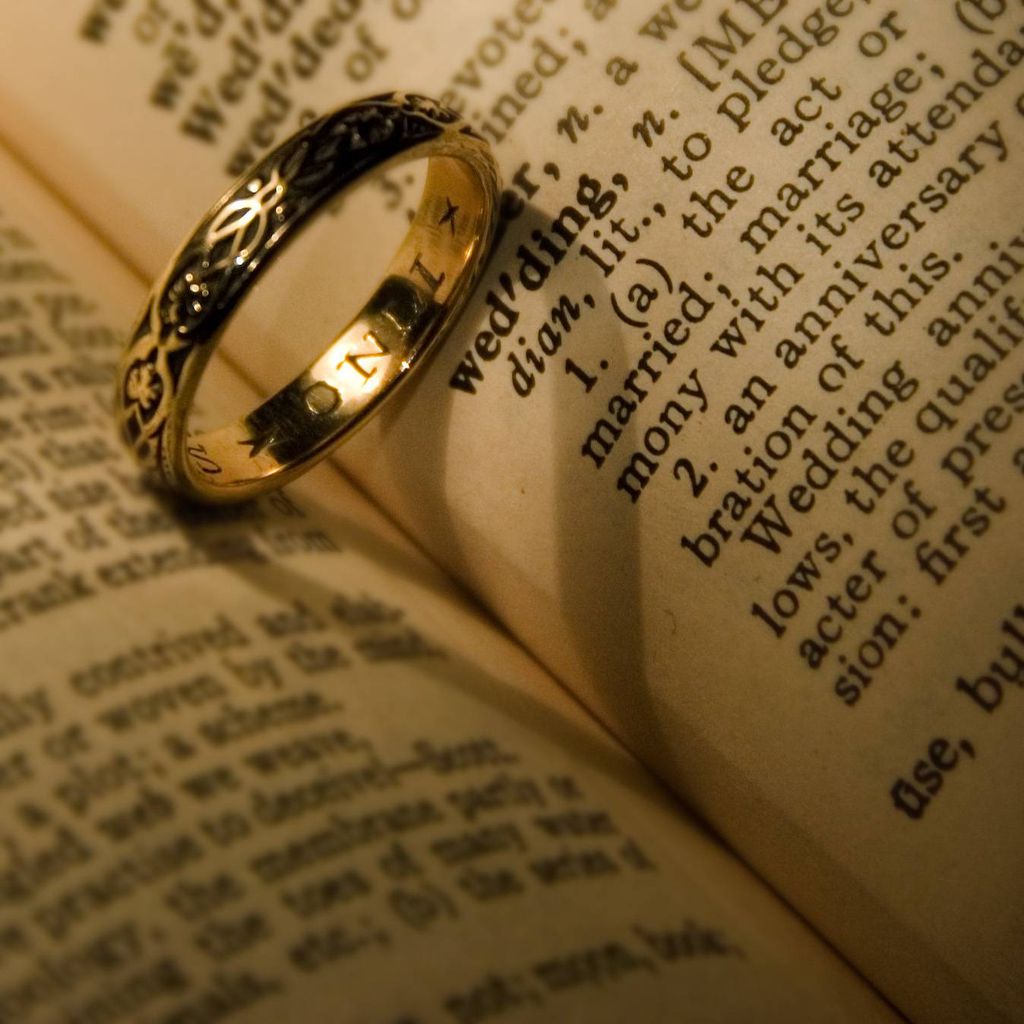 The first book: a gift from him the night she thinks she will welcome the first kiss, but there will be time enough for that later and they are young. The book is a first edition, so carefully wrapped in archival plastic that it feels taut, ready to jump at any second. Just like they are, at seventeen and at the beginning.

Two poems, eight years later: Rilke, of course, and Atwood. Everyone wonders about the Atwood. But Atwood is honest about everything, and especially about love, and they are still young but they know a thing or two about how to build a life and it is Atwood’s poem, not the magnificent Rilke, that makes everyone cry tears of recognition. Of hope. And they are married.

Three major cross-country moves: two they’ve done and one that lurks in the most hopeful part of her heart. Always thinking about space, weight, what stays, what goes. Books. Always books. The purging is happy until it’s sad, but it’s always the first step of the big adventure and they’re really good at these big, life-sized adventures. Sometimes it’s good to shed the stories you love to make enough space to make your own stories.

Four days into their honeymoon. They are in rural Newfoundland, making their way from one national park to another. They take turns driving on these long, hilly, empty highways. They stop often for moose. The route is clear; there is little need for navigating. Whoever isn’t driving, then, reads aloud from the novel they are working through. When it’s her turn, she take a pill to keep motion sickness at bay and fights through the drowsiness. She’s never been good at reading in cars, but this is worth it. They’re just getting to the good bit.

Five weeks apart, twice. She teaches abroad for the summer. He putters about at home in a suddenly much emptier apartment. She finds she can’t read in this time away; so many books but the silence, without the other half of her life there to fill it up, is too quiet for reading. She daydreams of their afternoons in the park at home, lost in their own books, reading the best bits aloud.

Between the two of them, six milestone birthdays and now they are 30. How did that happen. There seem to be so many things they should know how to do by now, and books don’t seem to provide very many answers. Books told them both a lot about been teenagers and being in their twenties, but books about 30-somethings are full of ennui. This is the year they both feel a little lost, it seems. But lost together is a pretty okay thing.

She never makes it more than seven pages into the book he’s reading to her before falling asleep. But even still, at this snail’s pace, they finish the books they start. Somehow. Because there are more nights than they can count and none of them are wasted.

Eight weeks apart, once. They are very young and he is at basic training. She scours papers and magazines every day for stories that will interest him so he has something to read before bed and in his quiet moments, too tired for the world of a novel but wanting to think with other parts of his brain. Every week she sends an overstuffed envelope of clippings, poems, short stories, comics. Notes. Connections.

Nine hours a day he works at a big box office supply store while she reads: it is her comprehensive exam year and reading is her full-time job. She will read (or skim, or claim to read) more than three hundred books this year. He comes home exhausted, over-stimulated by throngs of people: he is ready to escape into a book. She, for the first time in her life, cannot read for pleasure: she is burning out on books. They spend the year out of sync but understanding. They eat a lot of frozen pizza.

At ten o’clock every night the screens go dim: Outlook and Salon and iMessage and Twitter can all wait for the morning. They leave their workspaces, turn off the television, and meet in the living room. He puts on a record, sometimes she pours two glasses of wine. They curl up to read. Separately, but together. Recharging from the day in their own fictional universes, but sharing space. Closeness. They’ll meet back up in an hour.

At eleven, the sickly kittens they once adopted are now senior cats with a fridge full of medications and a calendar full of vet visits. All sad pet stories are summarily banned; all books where the animal is in peril are purged. They hold their breath for their own sad pet stories. They don’t need help from fiction.

Never fewer than twelve books on his side of the bed: stacked on his bedside table carefully but then shoved to the floor by cranky pets and flailing arms seeking snooze buttons. He’s reading them all because he is as freewheeling with his attentions for books as he is steadfast and devoted to her. He sows oats in the library. She smiles as she tidies the pile once again. And now it is thirteen years, somehow. And they don’t always remember that it’s not been only thirteen days or thirteen months, that they are not teenagers, that somehow they grew up when neither was paying attention. And tonight he’ll read to her, and she’ll fall asleep just before the best part. But they’ll get there tomorrow night. Because there are a lifetime, yet, of tomorrow nights to come.